Harnessing The Power Of Symbolism In Pagan Worship

Harnessing The Power Of Symbolism In Pagan Worship May 31, 2018 Astrea

Symbolism, or “the practice or art of using an object to represent an abstract idea” has always held a raw, primitive power over the human subconscious.  Think of Pan’s pipes, which represent pleasure, or his horns and goat legs, representing unbridled sexual inclination.  Or, consider Hekate’s torches, which represent her power as a light-bringer as “Hekate Phosphorus” and way-shower through the Elusian mysteries.  When used effectively, symbolism can evoke deeper meanings within us and can strengthen our rituals and connections with the gods.

To be clear, symbols are usually iconic and simple works of art that are made to represent a concept, such as a drawing of a heart to indicate love.  Symbolisms, in this article, are the actual physical items, such as a wedding ring to indicate love.  These terms are often used interchangeably, but we’ll separate them here for the sake of clarity.

The human subconscious is rich with symbolic imagery, much of it personal.  However, when we practice and attribute symbolisms to the gods, things take a more meaningful turn.  Here are a few ways to incorporate symbolism into your pagan practice.

Think In Symbolism / Use Your Imagination

When you commune with the gods, you can envision them, their symbolisms, and their aspects.  For example, if you work with Aida-Wedo, the rainbow-serpent Voudou goddess of fertility, air, and water, imagine seeing her rising from the water, a magnificent rainbow in the sky overhead, and a cool breeze blowing, rippling the surface of the water.

If you felt an energetic shift just reading that, you’re proficient in thinking in symbolism.  Imagining the gods in this way can be a powerful way to connect with them.

When addressing the gods or leading ritual, try speaking in the language of symbolism.  The Ancient Greeks were some of the best at this because they had so many epithets (or addresses for the gods), which included symbolisms.  The use of symbolisms in spoken rituals can evoke a deeper connection with the gods.  It’s easy envision cow-faced Hera, bright-eyed Athena, etc.

Epiteths can be used, as well as poetry, to inspire our minds to expand to encompass the realm of divinity.

Hymn to Pan
“From the forests and highlands
We come, we come;
From the river-girt islands,
Where loud waves are dumb
Listening to my sweet pipings.
The wind in the reeds and the rushes,
The bees on the bells of thyme,
The birds on the myrtle bushes,
The cicale above in the lime,
And the lizards below in the grass,
Were as silent as ever old Tmolus was,
Listening to my sweet pipings.”
— Percy Bysshee Shelly, 1909-1914

Some people believe that the gods like to be flattered.  Speaking to them in rich symbolisms is a great way to be heard, create a connection, and possibly even be favored.  To enhance the sensation of a deity, both solitary practitioners and coven leaders can bring more of these spoken aspects to ritual.

Use Concrete Visual Representations of Symbolisms

Altars are great places for symbolic items and symbolisms associated with an element, deity, or holiday.  Seeing symbolism in ritual can remind us to use their powers in our practice.  For example, here’s a Mabon altar, with symbolic items including sunflowers, harvest motifs, a stag, and food.

I’m a bit obsessed with altars.  I create them in many places in my home.  Whenever I find a natural object or stone, it inevitably finds its way onto one altar or another.  While the beauty of my altars inspires me, when I start a ritual with the altars and symbolic objects, things really start to come alive.

One example of the power of physical symbolism is when I repurposed a statue of Gaia to be Aphrodite.  Before that ritual, I had called upon Aphrodite several times, but she never spoke to me.  However, after I dedicated the statue to her, I heard her speak.  I experienced her love, which washed over me for several minutes and felt like gentle, warm, foamy ocean waves.

I don’t think the new symbolism of her on my altar is a coincidence.  It was a direct link to her through the symbolism.  Now, every time I see her statue, her attributes make me feel closer to her.

A variation of using visual representations is to wear the symbolism.  Our dress, jewelry, body language, and posture all speak volumes, which the gods can understand.  This is why ritual garb and postures are so cool.

A Few Notes Before Closing

Some people believe we should use positive symbolism, i.e., only those statements and images we wish to communicate, especially in ritual.  When we envision things that we don’t want in our lives, the gods could misinterpret those images as things we do want in our lives, since we’re focusing on them.  There’s a concept that deities can’t hear the word “no/not,” because there isn’t a symbolism for that.  While I’m not certain about that, I don’t like to chance it.

If you want to work with symbolism, research the deities closest to you and also the symbolism of pagan holidays.  Look up the meanings and aspects.  You might want to create a poem or recite a historic piece to your gods.  See if you notice any results in ritual.

I hope this article was helpful. If you liked it, give us a thumbs up and help us spread the insights.

Thanks to Jack Grayle for providing much insight into much symbolism and epithets of the gods.  I’ll be writing about his class on Hekatean Devotion and Magic in the Hellenic Age from the Woolston-Steen Theological Seminary soon.  Stay aligned for more insights and information. 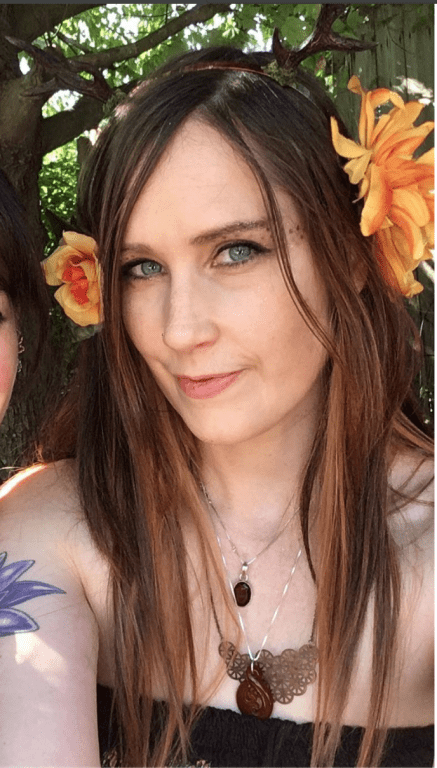 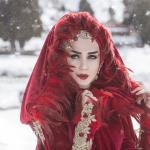 May 25, 2018
The Search For A Moonblood / Menstruation Goddess
Next Post 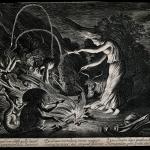 June 7, 2018 Don't Spill The Magic! Use Caution When Sharing
Recent Comments
0 | Leave a Comment
Browse Our Archives
get the latest from
Starlight Witch
Sign up for our newsletter
POPULAR AT PATHEOS Pagan
1

You Cannot Be Taught To Be...
For Puck’s Sake
Related posts from Starlight Witch

Pagan
The Allure of the Swamp Witch
Starlight Witch