The Search For A Moonblood / Menstruation Goddess

The Search For A Moonblood / Menstruation Goddess May 25, 2018 Astrea Taylor

There are so many goddesses that it’s hard to keep track of all of them. I could easily name five death goddesses, six mother goddesses, ten love goddesses, a dozen virginal goddesses, fourteen goddesses of war, and a gaggle of moon goddesses.  But why isn’t there one for moonblood?

Menstruation (or moonblood, as I call it) happens to many women all over the world on a very regular basis. Most women of child-bearing age (from as early as 9 to as late as 55 or older) experience this natural phenomenon about thirteen times a year.  Our cycles are so regular that they can be calculated in an app.  This is a mass phenomenon, yet, if you google “menstruation goddess,” the results are nearly nil — only one goddess appeared (see Sati, from the Hindu pantheon, in the list of moonblood goddesses below).

I blame this lack of information about women’s cycles and goddess worship on the conservative historians and archaeologists (mostly men from an older age) who had a deep squeamishness of moonblood.  Despite the fact that it’s not actually dirty and it’s a completely natural process, men feared it and made rules against it in attempts to shame the women.  It’s incredibly sad that some of those rules are still in place today.

It’s obvious to me that women’s spiritualities weren’t recorded as much and men’s, and women’s moonblood practices were recorded even less.  Whether ancient people didn’t think these practices were important enough to document; or whether it was in more modern times, when historians and archaeologists filtered information through their male-centric thinking,* one thing is clear.  The wisdom of the past is missing.

Sadly, it may be that both modern and ancient cultures were culpable in the coverup, especially the case in heavily patriarchal cultures.  In any case, the people who were in charge of handling this precious information about our pagan pasts have failed us.  If more women were archeologists or recorders of history, or if moonblood wasn’t as taboo, we might have more discourse on the subject.  Instead, those old guys came up with a catch-all phrase for anything dealing with women’s stuff: fertility.  And instead of digging into these feminine mysteries, historians were either be unable or unwilling to elaborate further on the taboo subject.

It’d be nice to know more about these mysteries.  For example, did the limited-thinking historians lump fertility with the infertility symptoms of moonblood, due to their discomfort of all things female?  If so, it’s be very ironic, but not past their limited foresight.  It’d also be helpful to know if any of the “fertility goddesses” reigned over any specific aspects of moonblood, such as hormonal cycles, cramps, mood changes, headaches, body cramps, heightened spiritual insights, starting, changing, stopping, flow, et cetera.

I find it hard to believe that there was only one moonblood goddess.  Who among us hasn’t cried out to one goddess or another when a cramp brings her to her knees, or when her head swarms with so many hormonal thoughts that she can’t hear her soul speak?

I decided to look deeper into “fertility goddesses” for any that might have a moonblood/cycle connection.  A fertility deity is “a god or goddess associated with sex, fertility, pregnancy, and childbirth.”  However, this definition is lacking for several reasons.

The first problem with the term “fertility goddess” is that it’s vague.  It’s unclear if the fertility relates to women bearing children, livestock bearing young, or the crops being plentiful.  All were probably important, but this is quite broad, and seems to relegate women to a rather un-authoritative position.

The second problem with the term “fertility goddess,” is that, if it relates to women being fertile, it infers that all ancient women who worshipped said fertility goddess wanted to have children.  Certainly, that couldn’t have always been true.  There were times when women would rather not want to bear children.  In times of war, poverty, poor health, and older age, a fertility goddess would not be worshipped because food and and good health would be so scarce.  Also, fertility was not possible for all ancient women for many different reasons.  To assume that all women of these ancient cultures wanted children is to reduce women to little more than incubators, which is a terribly misogynistic viewpoint.(Handmaid’s Tale, anyone?)

I suppose that’s why there are so many complex goddesses who rule over fertility and war, such as Astarte and Inanna.

The last and most important issue I have with the term “fertility goddess” is that is dismisses the power of the moon cycle, of being able to bleed for several days and not die, of being able to withstand the natural changes of life, to wax and wane and experience one of the thrills of womanhood, the insights, and heightened spiritual moments that occur during this time.  Moonblood was celebrated in many cultures for these reasons until the fearful Abrahamic religions made an unmentionable experience.  The cycle itself, which is uncontrollable (except in modern-day hormonal regulation) could have been seen as its own force of nature, as a goddess force.  To deny the celebration and power of moonblood is to deny the core of most women.  To shame moonblood is to shame women at their very core.

It’s high time for history books and artifacts to be reexamined from women’s points of view.**  We need a goddess who not only looks like us, but bleeds like we bleed.  I yearn to commune with a goddess who assists in the moonblood cycles, who can provide relief and deep understanding.

It’s my belief that if history has wiped out all but a trace of moonblood goddesses, it’s up to us to claim them back.  I scoured the internet for several hours to find the goddesses cited below which are associated with moonblood (or could have been).

Selene, Ancient Greek/Hellenist goddess of the moon, or also interpreted as the moon herself.  Selene understands cycles and waxing and waning and how similar our cycles are.  Origin:

Sati, Hindi goddess of marital happiness and longevity, also known as the “menstruating goddess” or Kamakhya.  She has a yoni-shaped cave with waters that flow red once a year.  Check out the video below about the goddess and the very red, very wide river near the end.

Chang-o or Chang’e, Chinese moon-goddess who controlled menstruation.  She left her husband and went to live as an immortal goddess on the moon.

Kali, Hindu goddess who destroys evil forces.  She may have “invited the gods to bathe in the bloody flow of her womb”

Isis (aka Auset), Ancient Egyptian goddess of women, magic, and healing. The ankh represents the female parts and her moonblood was rumored to make Pharaohs divine.

Hekate, Ancient Greek/Hellenist/possibly pre-Greek goddess of the dark moon/new moon, which is when many women have their moonblood.  She is also the force that moves the moon and controls its cycles, and hence, our cycles.  According to Cyndi Brannen, writer and moderator at Keeping Her Keys, “a contemporary offering to Hekate is menstrual blood, which probably is an adaptation of blood sacrifices done in ancient times.  In Hekate’s Garden, many botanicals directly associated with menstruation grow: dittany of Crete, fennel, peony and sage.”  She also says, “in the Chaldean Oracles, [Hekate] is depicted as having the source of all the material world flowing from her…which sounds very menstrual fluid like to me.”  I believe Hekate’s ability to bring Persephone out of the underworld and back to the sun-filled world and to her mother may have some moonblood aspects as well.

Hera, Ancient Greek/Hellenist goddess of marriage and childbirth, whose temples predated Zeus. She had the power to bring on moonblood and her worship “included menstrual rituals to follow the cycles of the moon.”

Jahi, Zoroastrian goddess who brought menstruation into the world, personified as the moon.  (Note that her name also means whore, however, there’s not a demeaning name for her male consort.)

Maeve, Irish goddess who “celebrates and honors her moon time.”

Achelois, a minorAncient Greece / Hellenist moon goddess known as “she who washes away pain.”

If nothing else, we can call upon the moonblood goddess by her most representative attributes.  Here’s a poem I wrote for any such goddess, whose name may have been washed out of the history books, for now, at least.

she who eases pain

and brings peace and patience

to women in the flow,

may your visit bring insights.

May I release that which needs to be cast away

that I might rebuild myself and make myself anew

in the empowered spirit of your wisdom.

May these cycles make me stronger

and may your blessings find me, always.

(Poem copyrighted by the author. Reproduction is prohibited unless permission is granted)

If you know of any other moonblood goddesses, please write a comment below.  I’d love to learn more.

* An example of this male-centric filtration are the words used to denote a healer who is a woman working at a sacred place.  The term “temple prostitute” was overwhelmingly used as opposed to something more empowering such as “holy sexual healer” or “love priestess.”

** My first example of a modern, pro-woman reexamination of old archaeological information is when a Viking grave with weapons and riches  was discovered to be female.

Another example of a new, more modern translation/interpretation of classic literature is the Orphic Hymns re-envisioning by Sara Mastros, which sounds like an amazing project. I for one can’t wait to see the finished project.

We need more of these reevaluations to discover our invisible herstories. 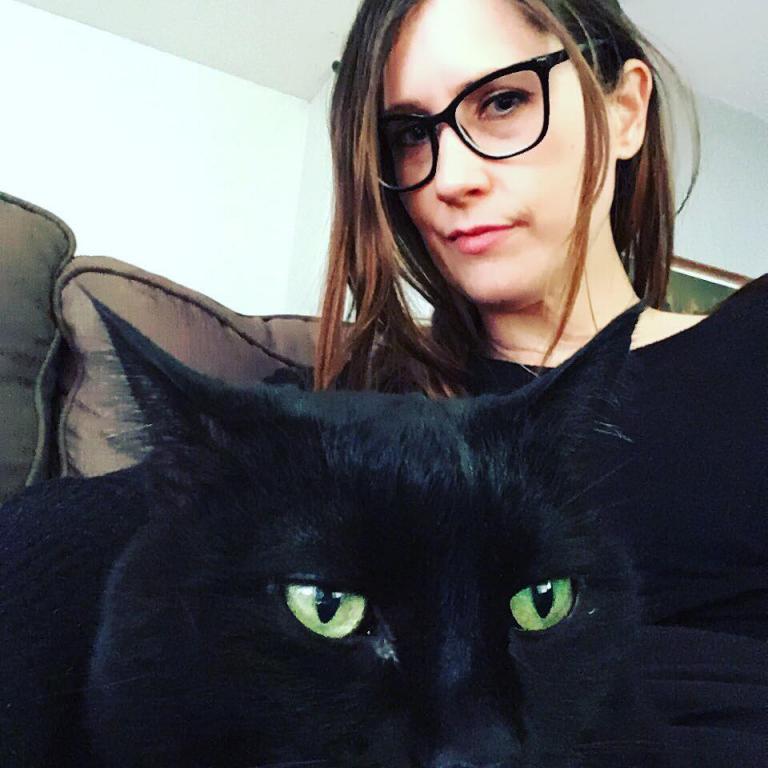 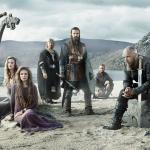 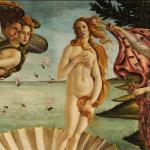