Witchcraft and Magic are Ancient

It’s true that ‘modern witchcraft’ originated in the past century, but witchcraft and magic have been around for a lot longer.  If you define magic as willpower + energy raising to accomplish one’s goals, and witchcraft as the wielding of that power, then magic and witchcraft are likely as old as the first conscious humans.  Ancient people must’ve exerted their willpower and energy to achieve the things they wanted, whether that was food, safety, power, or a mate.  It’s highly possible they used magic and an early, intuitive version of witchcraft to obtain them.

If that’s the case, magic and witchcraft have existed since time immemorial.  It was probably one of the first spiritualities, along with nature worship.  Because our ancestors survived on their instinct and willpower for countless millennia, our DNA may even hold some hidden ancestral knowledge about working with energy and magic.

Early humans’ brains were wired for instinct (i.e. fight or flight), but our ancestors may have been more aware of spiritual energy than we give them credit for.  It’s possible that consciousness and the development of early human brains were brought on spiritually, through psychedelics.  They were widely available all over the world (except the Arctic), and have been reported to bring on self-consciousness and an increased awareness of energetic states.  The stoned ape theory doesn’t discuss spirituality, but psychedelics are basically create a magic (mushrooms) environment.

Let’s take a look at what we know about the earliest humans, magic, and witchcraft.

Most of the Upper Paleolithic era human creations have been lost to the ages (approximately 50,000 — 8,000 BCE). However, we do know they created shrines, painted in caves, created stone tools, and carved intricate feminine statues.  Were our ancestors practicing pagan worship, nature worship, or witchcraft?  It depends on your definitions of magic and witchcraft, which varies from witch to witch (and that’s okay).

Fast forward to the Neolithic era, around 3,000 BCE.  Stonehenge was built, possibly as a ritual grounds, or maybe as a sacred space.  It was supposedly erected upon the convergence of fourteen energetic ley lines, which, if the theory of ley lines is scientifically viable, is a rather profound place.  While we don’t know who their gods were, or what their practices looked like, modern-day people who traverse the grounds say it feels like a sacred, healing space.

Around the same time, 3,200 — 3,000 BCE, the first written language was created — hieroglyphs.  And what did the ancient Egyptians write with the first language?  They wrote about their rituals and gods, including how Isis was the goddess of magic, and Heka and Thoth were gods of magic.

In fact, ancient religions are full of references of energy, magic, and witchcraft:

It seems as if witchcraft and magic are themes that run deep within human cultures and several religions across the entire world.  Even after  Christians and Catholics tried to eradicate magic and witchcraft from the world with church-approved lynchings for several centuries, witchcraft and magic kept popping up again and again.  It’s almost as if the seeds of magic have been planted so deep within our psyches that we can’t help but let them spring forth.

I believe the potential for witchcraft and magic are deep within all of us.  Just like the ancients, I feel spiritual energy everywhere, in every sunbeam, every tree, every person, and every landscape.  I feel magic and witchcraft comes from deep within me, and tuning into it is as natural as breathing.  We may have our ancient ancestors to thank for that. 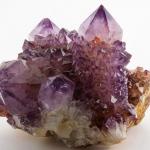 August 30, 2018
My Favorite Elevating Crystals and Stones
Next Post 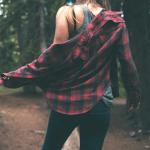