We Have Different Definitions of Magic and Witchcraft, And That’s Okay

I’ve been practicing my own version of magic and witchcraft for decades.  Lately, I realized that there are some people who want to police witchcraft, with arbitrary rules and hard definitions.  They like to tell people there’s only one way to be a witch or sorcerer, and only one right way to work magic.  They believe they’re on the right side, which is usually a traditional or historical pagan path, and they tell anyone who doesn’t fit into that hard mold that they’re wrong.

I don’t know about you, but I don’t live in a black and white world.  My world is full of color, bursting with light and thousands of shades.  I practice intuitive witchcraft, which is my own path, strengthened by years of practice, discipline, and personal mystical experiences.  What I do works.

It seems we all have different definitions of magic and witchcraft, and I believe that’s okay.  I define magic as energy work to align one’s self and to accomplish goals.  You may define magic as Crowley did — “the science and art of causing change to occur in conformity with will.”  Or maybe you define it as Scott Cunningham did — “the projection of natural energies to produce needed results.”  Or maybe you like Dion Fortune’s version — “the art of changing consciousness at will.”  There are countless other definitions of magic.  You probably have your own as well.

Whichever definition you prefer, very few people say that occult methods are needed, or training along a traditional path is necessary.  Those definitions lack other elements such as a casting a circle, herbs, the gods, a sun/moon phase, candles, calling the quarters, et cetera.

In fact, the definitions of magic seem to imply that willpower is all that is needed, and everything else is superfluous.  It seems that we all agree that magic is within us.

Likewise, the word “witchcraft” has a lot of definitions — far too many to include here.  I like the definition of witchcraft as the study of magic or energy work.  How one performs this work can be as varied as someone foraging in a forest for herbs, to someone calling upon the guardians of the watchtowers of the directions, to someone drawing a chalk circle and summoning entities.  It could include someone creating a cornmeal veve, someone meditating and cleansing their aura, and someone traveling shamanically through the underworld.   It can even be as simple as someone who feels magic dance in their heart when they see an Instagram post that brightens their day.  We all work with energy and use it or bend it toward our will.  Many of my witch friends like to say all people who identify as witches are witches, and I agree with them.  It’s really that easy.

Lately, I’ve seen a lot of people who seem to think that the only “real witches” are those who are on traditional paths — paths that came around hundreds or even thousands of years after religions and spiritualities that used magic and witchcraft.  They make the mistake of calling traditional witchcraft lineages “the one true witchcraft/witchcrafts.”

I’m not a gatekeeper of what a true witch is and isn’t.  I don’t think any humans are qualified to gatekeep anyone other than themselves (unless someone consents to it).  Only the gods can decide who receives access to energies that can create change.  Maybe we should let them be the gatekeepers and not worry so much about who is coloring outside the lines.

Seeing the world in black and white can be detrimental.  One who thinks this way might miss out on a lot of cool people and experiences if their brains can’t handle anything except what’s “in the lines.”  Moreover, people who live in this mindset may even be at risk for “depression, narcissistic personality disorder, and borderline personality disorder.”

It’s okay that we’re different.  Our paths don’t have to look the same.  How about we leave the black-and-white world in the 1950’s and step into a full spectrum world?  Judgmental people need to stop obsessing over what other people are doing and just do them.  What matters more than definitions and someone freestyling their spirituality is the goal that we’re all in this together.  If hard times come, we need to have each others’ backs.  We’re more alike than not, and common decency and respect go a long way. 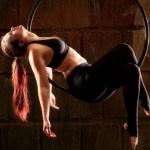 August 2, 2018
Beyond The Wheel of The Year: Honoring My Own Cycles
Next Post 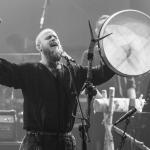 August 23, 2018 The Majesty of Pagan Viking Music
Recent Comments
2 Comments | Leave a Comment
"Hello, I'm interested in possibly reprinting this article in a book I am writing about ..."
Rebecca Carter Meeting Baba Yaga
"Eclectic fits for me. It's just like my faith, interfaith. I use what works for ..."
Ivy Is ‘Eclectic’ An Outsider Term? Rethinking ..."
"same, rituals are generally for others in attendance."
MGO731 The Difference Between Witchcraft and Wishcraft
"I have a mirror hanging in one of the windows of my garden house facing ..."
Amanda Ingalls Mirror Magic
Browse Our Archives
Related posts from Starlight Witch