The current political climate in America is worse than ever in my admittedly short-lived life.  However, like a blade tempered in a fire, these times have made me stronger, more able to perform the hard work, both magically and in my mundane life. I don’t know about you, but I’ve experienced exponential spiritual and social growth lately.  Here’s what I’ve learned over the past two years.

After Obama became president, my moon circle petered out.  It was almost as if we were satisfied to stay at our homes and merely applaud the government whenever they passed human rights laws.  When I did observe solar and lunar holidays, my practice focused on personal ambitions, like getting through grad school and finding a good job.  Life was a lot easier when I wasn’t resisting politics all the time.  It was so good that I started skipping most of the holidays, accidentally at first, then with a shrug.

I see now that we should have persevered with our moon circle.  We would’ve become stronger and better prepared for these times.  My own personal work could’ve grown more too, had I not taken breaks.

These days in the Trump era, I’m back in full force, practicing my craft on every solar and lunar holiday.  I perform energy work for my own benefit and for the benefit of others.  I’ve always been a rebel, but there’s something about resisting the current state of the world that brings out the witch in me.  I’m empowered — a fierce warrior who speaks her mind, protests, and calls her representatives.  And you’d better believe I’m going to fight for any and all human rights.

As someone who works with energy and is furious with the racist, homophobic, and misogynist politics in place, I feel sending energy toward more more peaceful solutions is my responsibility.  Gray magic, or magic outside of my own energy bubble isn’t for everyone, and you should consider your background before exploring it in depth.

I’ve learned so much a lot about myself since I started using gray magic.  I’m stronger than I thought.  I never expected this, but the practice has made me a better witch, more able to see the real energy of situations and the actual power I have within me.  And that power is growing.

After using gray magic for the past year and a half, I cut people from my life who cause more harm than good.  I don’t give energy to just anyone who wants it.  I choose how I spend my time, and I use it for my own empowerment, my community, and for the betterment of the human race.

Maybe the veil is shredded, but lately I can hear what the gods say better than ever.  When I commune with them, they confirm my path and illuminate the way forward.  Lately, their gifts to me have been better as well.  Perhaps they know what I need to do the hard work.

As I mentioned above, I’m more empowered due to these hard times.  I’ve been able to speak my truth and stand up for myself more often now than any other time in my life.  Part of this is about my energetic boundaries, but it’s also about using my voice. Lately, my voice has been stronger from so many intentions and rituals.  I use it to create a better place whenever possible.  In a lot of ways, I have to.

Living an empowered life takes energy and focus.  I see now that magic and energy work must be helped by words that create a world that supports our vision.  It’s not enough to do the energy work without also using your words.  For example, protecting yourself energetically from an energy vampire is great, but you also need to tell them to leave you alone, too.  Likewise, sending energy toward more humane resolutions is good, but you have to call your representatives and vote, too.

Community Bridges Have Been Stronger

If this escalates, they’ll come for all of us.  Maybe you won’t be one of the first, but none of us fit into the white straight Christian America, who ironically espouse “freedom.”

We have to stick together instead of being split into marginalized groups.  It’s a time for building bridges and showing up for each other.  It always has been, of course, but now, with the racism, homophobia, and anti-women measures in the open, it’s high time.  We’re stronger together.

We Will Move Forward Together

I hope your voice is strong and this strife empowers you as well.  We will weather this storm and become even stronger than before. 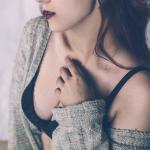 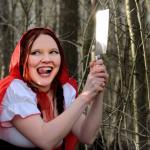