Non-Traditional Witchcraft Is Not A Crime

Non-Traditional Witchcraft Is Not A Crime July 15, 2018 Astrea Taylor

I recently attended a pagan workshop where the presenter said that non-traditional path witches are as dangerous as unschooled surgeons and doctors.  It made me feel like I was taking crazy pills…  What on earth did this guy think I did for my non-traditional path?  Run around in the woods with a knife, cutting people up and prescribing poisonous herbs?

While I don’t have any problems with traditional paths or the people who tread upon them, I have great qualms when someone tells me my entire spirituality is wrong because it’s non-traditional.  Personally, I think that guy is wrong by saying there’s only one way to be a witch.  I don’t want to make the same mistake, so let me be clear: I believe there are several ways to be a witch.  The traditional paths are merely the main roads.

For the multitude of witches who work outside of the charmed traditional circles, we heed another call: the lone voice of our own intuitions.  Sure, traditional witches use intuition as well, but the non-traditional path, which is my path, is pretty significant, and it is not a crime.

Many people are surprised to find I never read books about traditional witchcraft or the occult. Anderson, Gardner, Valiente, and Crowley… none of their books were attractive to me. Why not? Why wouldn’t I want to learn from those founts of knowledge and wisdom?

I admit, I’m a little rebellious, and I come to a full stop whenever someone says I must be sky-clad in order to participate in a ritual.  This seemed more common in the older days.  Does anyone else find this super creepy?

Whenever I see books about or read about the generation of witches from the past century, their energy feels heavy.  It feels as if it’s teeming with rules, procedures, and theologies that may or may not match mine.  I feel like they expect me to know about them, and that expectation makes me walk away.  Merely opening a wikipedia page about Crowley gave me an unsettling feeling, as if he were in the room, his bulky presence leering over me.  When I clapped my hands and banished it with a blast of energy, it disappeared, but it was still an experience I don’t want to repeat.  I don’t think I’ll be looking him up again anytime soon.

Mostly, I’ve avoided the old timers because have my own insight and processes that serve me perfectly well.  I have a bevy of extrasensory experiences, divine encounters, and an intuition that has been honed like a knife.  I trust my intuition and the feelings I get about things. In fact, I trust my own ways more than I trust someone else’s.

In thinking more about this, I’ve come to the conclusion that things might be a lot different for me if I had friends or associates on the traditional path when I was coming of age.  Maybe they would have invited me into their coven or tested me out to see if I was a fit.

But I don’t live in a place with loads of witches.  I think a lot of people are in the same boat, especially younger people.  We’re reaching out with our spirituality and learning from all kinds of sources.  Can it be messy sometimes?  Maybe.  But to assume all people on non-traditional paths practice “wayward, chaotic McWicca nonsense… piddling amongst the trees” is just mean (this is a quote from a comment on Patheos Pagan’s facebook page).  It’s that kind of elitism that’s scaring people away from the traditional paths.  I see it on Tumblr and Instagram every day.  The younger generations are being asked about traditional paths, but they can’t commit to being a part of them because all they see are no friendly access points, huge learning curves, and trolls.

Our traditional path forefathers and foremothers are important for those who follow in their footsteps, but those roads aren’t everyone’s paths.  I don’t believe it’s important to learn about the trad path heroes if you don’t feel drawn to them because they’re not the only witches in the woods.  Yes, they gave us important tools and procedures, which can be useful to wield energy and work magic, but those methods are not the only way to do so.  Not by a long shot.

The comparison of non-traditional witches to unschooled surgeons and doctors is not a good one for several reasons.  We don’t cut people open, don’t have massive debt, and our practices aren’t always for the benefit of others.

Perhaps a better analogy would be that witches are like artists.  Art students can learn from the masters, or do their own thing.  Some people are born with artistic talent, and some acquire talent through schooling and/or hard work.  The artist who learns techniques from youtube videos or Bob Ross is no less an artist than the one in art school getting a degree.

Non-traditional witchcraft paths may be different from traditional paths, but they’re no less spiritual, magical, or meaningful to those who practice them.  The pagan and witching world needs to stop in-fighting and come together to fight the really important things.  Can’t we all just get along? 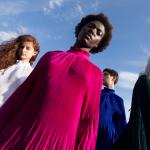 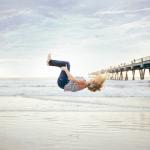 July 25, 2018 Energy Flips: How Haters Make You Stronger
Recent Comments
32 Comments | Leave a Comment
"I can't believe the author is intentionally being arrogant, but Mark, it's always important to ..."
Lloyd Hargrove Leading With Empowerment, Not Shame
"Thanks for sharing. I read one blog about Bayleaf on iahas.com they have also explained ..."
Jesse Bay Leaf Magic: Burn and Banish
"This year the only songs that hold any meaning for me are the songs that ..."
Amanda Ingalls All I Want For Christmas, Solstice, ..."
""Shame rarely teaches people to grow." This should be a phrase EVERYONE should understand. Especially ..."
Bo Thompson Leading With Empowerment, Not Shame
Browse Our Archives
get the latest updates from
Starlight Witch
and the Patheos
Pagan
Channel
POPULAR AT PATHEOS Pagan
1