The strange and mystical experiences I’ve had since I was a child have made me what I am.  What else could I become, but a witch?  I travel the only path that has ever captured my interest–deeper into the wild woods.  Further into the spiritual realms.  Following the faint scent of the otherworld.

Some people are hereditary witches and have magic in their genes.  Others are witches and pagans because they have an inclination for the gods or the craft.

And then, there’s the odd-bunch of witches–those who see spirits, who’ve had astral projections, who have psychic experiences and past life memories, and who’ve seen gods and goddesses.  In other words, the people who’ve experienced initiations from the otherworld.  I’m one of those, and if you’re reading this, you probably are, too.

After having even one of these experiences, I had no choice but to face the facts–that there are more things in the intangible worlds than I’d ever dreamed of (to paraphrase Shakespeare).

How could I deny these experiences when they’re as real as everything else in the world?  How could I be content living in a mostly Christian world that denies these things or thinks they’re bad?  No, I couldn’t be content.  And so, I accepted the truth of what I experienced and who I am.

There’s a name for people like us.  We have been called witches for centuries.  And so, we are witches, but not because it’s trendy.  It’s because we have no other recourse.  To do so would be to deny the truth of what happened.  I couldn’t deny or erase those experiences from my memory even if I tried.

The otherworld chose us.  It reached out and revealed itself to us.  It wanted us to understand something, maybe to teach us about the deeper realities at hand.

If you’re anything life me, you had no choice but to follow where they led.  I needed to learn more about them, to make sense of the mysteries.  I trained myself in order to attain the inner strength and vulnerability so I could have those experiences again, and again, and again.

And so, I walk this path–the path of the intuitive witch, following where my intuition leads me.  Because one thing is for sure–after those experiences, there’s no going back.  Acknowledging those experiences for the magic they are makes us stronger.

I believe the otherworld chooses its denizens wisely.  For whatever reason, we are special to them.  With their initiations, they also gave us an invitation to return as often as we can to their hallowed woods.

I, for one, know no other path. 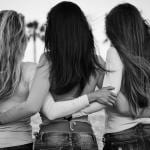 January 23, 2019
The 'Flexible Coven' Concept for Solitary Witches and Pagans
Next Post 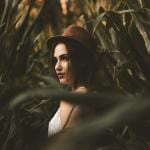