When I was a child and a teen, I didn’t know how to make sense of the magical things that happened to me.   How could I process my out-of-body experiences, the voices I heard in my mind  before someone else spoke them, or my innate, overwhelming love of the gods?  How could I make sense of the invisible beings I felt, but could not see?  What about the spells I cast over myself and others, the ones that actually worked and gave me what I wanted?

I brushed these experiences off.  Surely, everyone goes through as a child, right?  Of course, that’s not the case.  Not everyone has magical experiences at a young age.  If you had any of those experiences mentioned above or had an invisible friend, you’re among the sensitive and gifted.  It’s possible the otherworld reached out to us, or maybe we’re just more sensitive to energy and how gods and spirits speak.

As a self-conscious teenager, I brushed these “weird” experiences under the rug and joined the ranks of “normal people.”  However, I felt stifled.  Among my friends, I was always the one who went too deep in the conversation, the one who always brought up ghosts and telepathy.  The few friends who were willing to discuss those realms with were rare, and I treasured them.

Our society is so quick to dismiss “weird and kooky” tales unless they’re Halloween fictions.  Society would love us all to be predictable consumers who conform to the norm.

That’s the wrong attitude to take if we want to go deeper into those early  mystical experiences.  We must acknowledge the strange, the mystical, and the impossible experiences we had as children.  These things happened to us, and were powerful experiences that shaped who we are.

Just like superheros, when we bring our magical origin stories into the light, we can uncover hidden strengths and talents.  What if you have been suppressing your ability to communicate with spirits, simply because it wasn’t considered “normal?”  What if you received an initiation from an otherworldly being, and ignored it because it was too strange to be true?

The act of reviewing your magical origins lets you stand in your strength instead of having a psychic shadow self.  Embrace the shadow.  Relive the experiences and write them down.  Talk with your guides and gods about it.

Bring up your magical origin experiences with your trustworthy friends.  When you speak the words for the first time, and someone else believes you, you gain light on the matter.  More things will probably come into focus.  If you need extra help to understand them, find a pagan/witch counselor who won’t try to shove your experiences back into the shadows.

If you want to keep going into those mysteries, find a teacher or some books on the subject to help you learn more about it.  Make sense of it all in a way that works for you.  I recommend having a ritual to bring those powers on again and to thank the powers that be.

Above all, revel in your unique gifts and abilities. They were given to you for a reason.  It’s up to you whether that reason is to be a leader, a good friend, a good parent, or a psychic medium.  With time and devotion, you’ll find your path and be able to walk it with confidence, knowing you’ve been magical from the start. 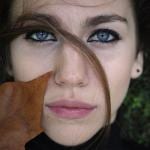 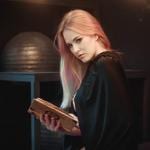 February 17, 2019 The ABCs of Witchcraft, A Poem
Recent Comments
0 | Leave a Comment
Browse Our Archives
Related posts from Starlight Witch