Springtime Can Wait: A Love Story With Persephone And Hades

Springtime Can Wait: A Love Story With Persephone And Hades March 4, 2020 Astrea Taylor

Every winter, the cold, dark days seem to drag on.  The weather chills me to the bone.  Even when the light returns, I’m grumpy.  More than anything, I long for Persephone to return from the Underworld.  I want her love to be spread across our world in the form of flowers, sunshine, warmth, and joy.

To make myself feel better about how long springtime takes to truly arrive, I imagine a love story between Persephone, the Goddess of Spring, and her husband Hades, God of the Underworld.

“It’s nearly time for me to return,” Persephone says, sitting on the edge of a grand bed covered with furs.

“Stay a little longer,” Hades says, pulling her close to him.

Persephone laughs and gives in to his warmth.

However, the mere thought about her returning to earth makes the weather warm and sunny for a few hours.

After a while, Persephone dresses in fine clothing.  Hades knows she is determined to go.  He walks her to the edge of the cave entrance to the underworld.

Persephone places one foot outside the cave.  Her mere presence makes the snowdrops bloom, even in the snow.  The croci blossom too, rejoicing at her proximity.

Hades pulls her back into the cave for another embrace.  She gives in for a moment, reveling in his touch as snow falls.  Coldness ensues a little longer.

Persephone breaks away from him with a knowing smile on her lips while still holding his hands.  She steps out of the cave and the sunshine falls across her face.  Daffodils and tulips arise from the earth, like her two lips,  smiling in the warm breeze.

She turns to go, but Hades embraces her from behind.  Persephone is half in shadow, half in light.  She savors this moment with her beloved and reaches out to touch the light.

Her fingertips dancing in the light make the hyacinths, bluebells, and fritillaria bloom.  Like her fingertips, they too dance.

“My dearest love,” Hades says, pulling her close and planting a kiss on the back of her head.  “Stay a little longer.  Springtime can wait.”

Persephone shakes her head, knowing it’s time.  She shrugs him off and steps fully into the world.

When her heart and the rest of her cross into the world, irises and lilies flower.  Gladoli pop up and send small flowers out in joy.  Allium heads nod in the warmth of her love and the sunshine.

Persephone looks back at her husband.  He waves forlornly to her, as if he’s worried she won’t return.  She laughs at the display and says, “I’ll be back before you know it!”

The sound of her voice makes the cherry trees and lilacs burst into bloom.  Peony and honeysuckle bushes explode into flowers.  Luscious aromas fill the air, echoing her voice.

Persephone walks over the fertile earth on the path she knows well.  Every footfall crests dandelions, violets, and clover flowers.  Her perfume weighs heavy in the air, and bees swarm around her and the myriad flowers.

In the distance, she sees her mother, Demeter, the goddess of grain.  As they embrace, the crops of corn and wheat to either side of them begin to flower.

Demeter breaks away from their embrace to scowl at the cave entrance where Hades has shrank into the shadows.  “Why is he always so slow to let you go?”

Persephone laughs.  “He loves me as much as you do.  And I need him, and the relaxation too, just many of my bulbs and seeds need rest in order to grow.”

Persephone waves her hand over a craggy tree with vibrant green leaves.  Delicate, white apple blossoms appear, a promise of the fruit to come.

“Let’s go.” Demeter slips her hand in her daughter’s as they walk north.  “We have a lot of work to do.”

I hope you enjoyed this reverie.  If nothing else, I hope these images give you something to think about as the axial tilt increases and springtime begins to grace our lands.

If you liked this, you might want to check out my pagan poem, A is for Athame, or my Ostara post from 2018, Waking the Sleeping Maiden.

This post was assisted with this handy bloom time guide. 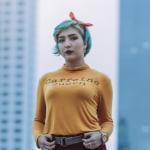 March 11, 2020 Use Your Magic: Go Beyond What You Thought Were Your Limits
Recent Comments
7 Comments | Leave a Comment
Browse Our Archives
get the latest from
Starlight Witch
Sign up for our newsletter
POPULAR AT PATHEOS Pagan
1

Are Humans the Children of the...
John Beckett
Related posts from Starlight Witch