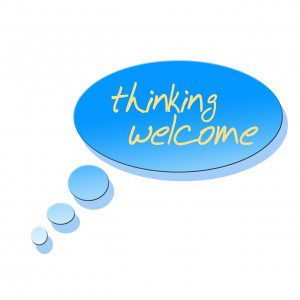 Here at Steel Magnificat, we have heavily leaned towards viewing this election in terms of nightmares, delirium, and a number of mostly humorous election updates. As for what other posts have touched on the election, like St. Paul struggling to remember whom he might have baptized at Corinth, I am by now not entirely certain where all we have mentioned the election.

In any event, I remind you that both fear and blind faith in political promises are equally useless now. Pray, try to be as well-informed as possible and (assuming you haven’t before press time) vote in accordance with your conscience. If you feel pressured to vote one way or another I encourage you to do your best to take a few quiet moments to lay aside all fear and ask yourself what you think is right, not merely what you think you might have to do. Mary’s serious post linked in the word “election” above (and for your convenience also here) might help you a little.

What I want to do in this post in point out a few things I have read recently that not only offer some helpful light on the election, but might have some good food for thought moving forward after it as well.

The first was from a pleasant social media surprise meeting with one of my old philosophy mentors. My own approach to philosophy is not that of John F. Crosby, but I wouldn’t have arrived at my own without his help. It’s not every day I meet the writings of someone I would describe in that way in my news feed. In his Oct 30 article for Ethika Politica titled “Trump: On Counting the Cost” he writes with much the perspective that, prior to this year’s Republican convention and nomination, I would have expected from any conservative thinker. (I now seriously doubt that whatever conservative thinkers we have left have any influence on politics at all.) He makes no secret of his disagreements with Hilary Clinton and his unwillingness to support her, but refuses to “jump from the frying pan into the fire” of Trump and rightly diagnoses most Trump support as a “dogmatic slumber” which isolates its victims from knowledge of reality.

I was especially impressed with his analysis in the following section:

“The problem is not exactly that he would push bad policies; it is more systemic than that, it is that he would pollute our national ethos.  Will you say that the good judges Trump may appoint outweigh all this pollution?  How do you know this? How do you compare such a good with such an evil?

But this is only the beginning of the troubles.  Asked why he is so “forgiving” of Russian dictator Vladimir Putin, Trump always answers, “because he says nice things about me.”  This is simply infantile. When Putin occupies and annexes parts of Ukraine, Trump looks the other way because Putin “says nice things about me.”  Do we really want a president who is so self-absorbed that he can be disarmed by empty flattery?

This goes hand in hand with Trump’s vindictiveness.  You cross him, you’re subject to a torrent of intemperate insults. Does any one think that this pettiness and vindictiveness will not show up in his dealings with foreign leaders?  Does anyone think that if Angela Merkel crosses Trump he will be able to restrain himself from calling her to her face a “nasty woman”? This will handicap Trump as leader no less than his vulnerability to flattery.  Whoever represents America on the world stage needs to be an adult. Trump is far more ill-mannered, undisciplined, and self-indulgent than most children.

Look at the trainwreck that Trump has caused in the Republican Party; what if he is similarly divisive and destructive within the community of nations?  Do we turn a blind eye to these menacing omens, just because he might make some positive judicial appointments?”

If you have respect for and interest in what used to be an emphasis on the politic right- the right recognition of values and the promotion of virtue in the public square – then consider applying what Crosby says not only to Trump, but to the general tone and future of right-leaning politics. If you are already critical of the political right, the same applies.

My only critical remark on the article is a trivial one- I wouldn’t say that there is anything truly Nietzschean in Trump. I would substitute Pop-Nietsche or pop-Nietzschean. I could further digress about how understandable it is for strange caricatures of a thinker’s thought to become not only popular in a wider culture, but also become part of scholarly traditions attached to the texts they distort, and thereafter find their way into the work of serious and responsible scholars like Crosby. IF I did that, I would also observe that such inter-generational misreadings constitute an impressive percentage of the history of western philosophy, starting with Aristotle’s reading of Plato. But such a digression would be dreadfully off-topic and might only interest me.

Another thinker I want to recommend is Cornel West. West regularly self-identifies as both progressive and leftist. If you disagree with those things I recommend you familiarize yourself with West’s work and take the time to understand why he sees the world the way he does. Much of what West characterizes as “left” I might characterize as preferential attention to those least powerful and most disadvantaged – an attention I hope no Catholic will fail to see the merit of.

West, writing for the Boston Globe on Nov 3, addresses “Spiritual blackout in America: Election 2016“. This short but exceedingly rich article addresses the “THE MOST FRIGHTENING feature of the civic melancholia in present-day America” that is, “the relative collapse of integrity, honesty, and decency”. West’s treatment is excellent not only for its incisive analysis of our political climate, but also for its deft application of the tradition of Western thought to the present day.

“In short, the rule of Big Money and its attendant culture of cupidity and mendacity have led to our grand moment of spiritual blackout. The founder of Western philosophy, Plato, foresaw this scenario. In “The Republic” — history’s most profound critique of democratic regimes — Plato argues that democracies produce citizens of unruly passion and pervasive ignorance, manipulated by greedy elites and mendacious politicians. The result is tyranny — the rule of a strong man driven by appetites, corruption, and secrecy. There is no doubt that Trump meets this description more so than Clinton. Yet neoliberals like Clinton bear some responsibility for the anger and anguish of Trump’s followers — especially those white male working and middle-class citizens who have been devastated by neoliberal economic policies of deregulation, NAFTA, and Wall Street protection. The vicious xenophobia toward women, Mexicans, the disabled, gays, Muslims, Jews, and blacks are the sole fault of the Trump campaign. Yet the rule of Big Money in capitalist USA downplays the catastrophic effects of global warming, of poverty, and of drones killing innocent people — all the common ground of Trump and Clinton. 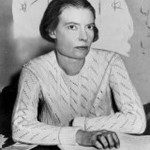 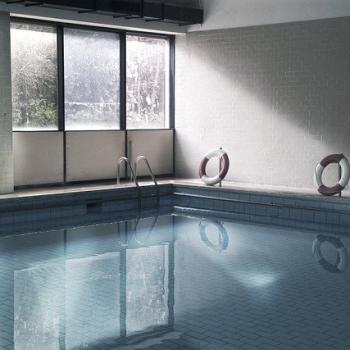 Catholic
Religious Trauma and Lent: What are We To...
Steel Magnificat 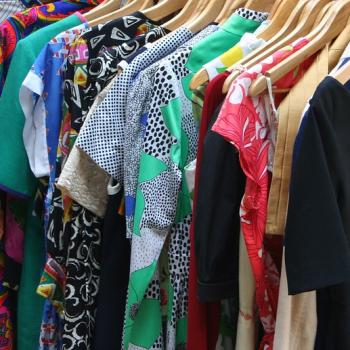 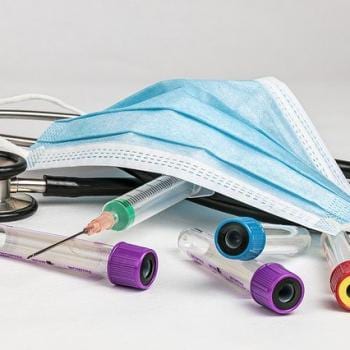