The “T” word. Truth. It’s probably second to the “S” word (“sin”) in terms of words that you try not to drop with too much conviction in polite society—and sometimes not even in church.

Lesslie Newbigin saw this coming, and set out his case that the good news the church has to proclaim is nothing less than public truth which addresses its claim to every sphere of life. This happens across three short chapters (originally lectures) in his book, Truth to Tell: The Gospel as Public Truth.

This idea, that the gospel is public truth with ramifications for every sphere of life lies at the heart of the missional calling of the church: its need and its ability to demonstrate that the gospel makes sense of and enables us best to cope with the actual world in which we find ourselves.

Newbigin is trying to thread the needle between liberalism and fundamentalism in the 1990s. Both, he claims (and I think he has a fair point) think about truth in terms of verifiable fact. Fundamentalists, therefore, create lengthy apologetics, articulating a truth based on whatever the assumptions of some purported question are. They thereby leave aside the self-involving nature of biblical faith as truth observed and articulated and embraced by an active subject.

Liberals, on the other hand, leave aside the question of truth, mired as it is in what did or didn’t happen in a two-thousand year old Galilee to which we have little to no access, and offer a message of social justice that proclaims no good news at all. News would require something true to have happened.

Newbigin wants us to throw off the idea that unlimited pluralism is the only option open to us. He wants us to reclaim the idea that human life has purpose and we can know what that purpose is. We can know because God has revealed it to is in Christ.

The most basic claim that ties together Christians across the ages is, “Jesus is Lord.” This is not an invitation. It is a statement about world-wide, cosmic reality. So Newbigin wants us to leave aside trying to shore up an apologetics of a perfect Bible, and he wants us to leave aside denial of objective truth, and to reassert that we are who we are because there is a publicly testable claim to which we have given our allegiance.

Newbigin does not spend a lot of time in this short book telling us, exactly, what’s supposed to be “True” in this good news we proclaim. But he does give a couple of hints.

One criterion of truth seems to be simply this: does it make better sense of the world? And does it make us better, more highly flourishing people within that world?

…its reliability will be shown not by validating it against some external criteria, but by the way in which it enables the community that uses it to make sense of the whole complex world of things and happenings which human beings have to face—and by “making sense” I mean both understanding and coping with.

I really like that “coping with” piece. Newbigin’s plan isn’t one of mental explanations, but lived trust. Newbigin wants us to put our money where our mouth is. Christianity should, on its own grounds and not those of an external philosophy, show itself to make sense and to have the power to better integrate us as people, and better integrate us into the world.

But there’s a more basic claim in play for him, I think. Throughout he talks about how this is really about Christ, and Christ being Lord. The transformative moment that does not allow us to continue seeing the world as we used to is Jesus’s resurrection. Resurrection shows us that creation has a purpose even as the idea of creation shows us that it has an origin. 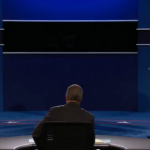 September 27, 2016
Swing States: We Need You to Save Us from Trump
Next Post 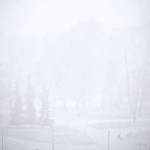 October 4, 2016 Theological Interpretation and the Problem of Whiteness
Recent Comments
0 | Leave a Comment
"Here is Larry Hurtado's (R.I.P.) response: https://larryhurtado.wordpr...Hurtado nailed it."
Derek A Man Attested by God: Response ..."
"Quite the contrary, the Christ Myth Theory arguments of Carrier, Price and others have been ..."
Truth Why I Am Still a Christian
"Do your own research; check out Richard Carrier, Robert M. Price, David Fitzgerald, Raphael Lataster, ..."
Spartacus Maximus Why I Am Still a Christian
""Without repentance there is no forgiveness." - Luke 17:4, Acts 3:19, 1 John 1:9"
Ocelot Aardvark Who Can Forgive Sins?
Browse Our Archives
get the latest from
Progressive Christian
Sign up for our newsletter
POPULAR AT PATHEOS Progressive Christian
1 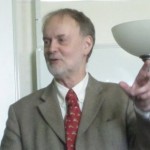