Darkness of the Solstice, Redeemed by the Nativity

Darkness of the Solstice, Redeemed by the Nativity December 23, 2018 Sofia Carozza

“The people who walked in great darkness have seen a great light.” This promise feels unattainably distant in the bleak days of winter, when sunlight is weak and brief. it. And yet, four days after the Winter Solstice, the Church celebrates the coming of the Light of the World, the light which no darkness shall overcome. What is there for us in this juxtaposition?

The Darkness of the Winter Solstice

The Winter Solstice is the day with the shortest period of daylight all year long. It happens because the Earth tilts on its axis away from the sun, lengthening the darkness in northern latitudes. For those of us in the Northern Hemisphere, the Winter Solstice fell on December 21st.

As I mentioned back in autumn, decreasing light can cause a form of depression called Seasonal Affective Disorder (SAD). Recently, researchers discovered a brain mechanism that could trigger SAD. First, they found a new form of light-sensitive cell in the retina, or photoreceptor. Then, they proved that this photoreceptor is connected to brain regions that control mood, and that it communicates the amount of light in your environment to these regions. As a result, as the days shorten and natural light decreases, lower activity of this photoreceptor can trigger glumness and even depression.

On an existential level, decreasing light is a powerful image for entering into spiritual aridity. In our “dark nights of the soul,” we are plunged into spiritual darkness on our journey to God. During these times of painful suffering, God feels distant or even absent.

How can we celebrate Christmas in this time of bleakness? Isn’t this a contradiction?

The Light Ordered to our Darkness

Theologically, we say that the Incarnation is ordered to our redemption. This appears impossible. How can that which is infinite and divine be ordered to the finite and imperfect? How can light shine in darkness?

In the great mystery of the Incarnation, God bent down to take on our humanity.
he emptied himself,
taking the form of a slave,
coming in human likeness;
and found human in appearance,
he humbled himself,
becoming obedient to death, even death on a cross.

Christ became fully human, taking on the burdens and sins of the human person. According to St. Thomas, this was not to become subordinate to her, but to restore her to her original relationship with God the Father. For this reason, the Incarnation is the coming not just of our Master and Teacher but of our Redeemer.

As such, the Incarnation is ordered to our redemption. This is a jarring juxtaposition of divine and human, eternal and temporal, glorious and humble.

Thus, we celebrate a stunning mystery at Christmas. Christ becomes flesh precisely in those places that are burning for redemption. His coming redeems those aspects of our heart that are crying out for healing. As Chesterton writes in The New Jerusalem, Christ is not merely a summer sun of the prosperous but a winter fire for the unfortunate.”

This season, we are invited to welcome Christ’s light in our places of darkness. The Father has fallen in love with us, and longs to release us from our darkness. And so, He sends a light that scatters the shadows of depression and illuminates the good in our heart. The Prince of Peace arrives in the midst of our despair, our stress, our anxiety, our guilt.

The House of Christmas

Chesterton captures the mystery at the heart of this feast in his poem, The House of Christmas.

There fared a mother driven forth
Out of an inn to roam;
In the place where she was homeless
All men are at home.
The crazy stable close at hand,
With shaking timber and shifting sand,
Grew a stronger thing to abide and stand
Than the square stones of Rome.
For men are homesick in their homes,
And strangers under the sun,
And they lay on their heads in a foreign land
Whenever the day is done.
Here we have battle and blazing eyes,
And chance and honour and high surprise,
But our homes are under miraculous skies
Where the yule tale was begun.
A Child in a foul stable,
Where the beasts feed and foam;
Only where He was homeless
Are you and I at home;
We have hands that fashion and heads that know,
But our hearts we lost – how long ago!
In a place no chart nor ship can show
Under the sky’s dome.
This world is wild as an old wives’ tale,
And strange the plain things are,
The earth is enough and the air is enough
For our wonder and our war;
But our rest is as far as the fire-drake swings
And our peace is put in impossible things
Where clashed and thundered unthinkable wings
Round an incredible star.
To an open house in the evening
Home shall men come,
To an older place than Eden
And a taller town than Rome.
To the end of the way of the wandering star,
To the things that cannot be and that are,
To the place where God was homeless
And all men are at home.

“Our peace is put in impossible things.” Merry Christmas!

Find my two posts on Advent here and here.

I loved Haley Stewart’s recent piece in the CLJ on Joseph Pieper, and what it means to enter into the mystery of the Incarnation in our secular materialist society. 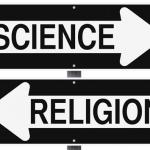 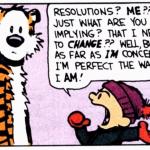 December 27, 2018 Don't Set New Year's Resolutions
Browse Our Archives
get the latest from
Catholic
Sign up for our newsletter
POPULAR AT PATHEOS Catholic
1

Avoid Universalizing Private Devotions And Cultural...
A Little Bit of Nothing
Related posts from Synapses of the Soul