How Low Can You Go?

It all started a few weeks ago. We were sitting around dinner one night and I thought to myself, “I wonder if Hayden is getting a cold?” He just sounded so different to me as he talked.

Hayden is our 12-year-old child who was a baby just yesterday–I swear it–and now is gleefully measuring his height on a regular basis as he rapidly approaches the day I’ll be looking up to him instead of the other way around.

I could see he was growing up, of course. He’s very tall and rather large, definitely too big to sit on my lap anymore. He carries around a heavy backpack, maintains a locker at school and has made the honor roll twice already this year. I’ve watched him grow from a rather pensive kid who struggled to read quickly into a confident young man who now celebrates the many areas in which he excels.

I’ve been noticing lately, though, that there seems to be curious amount of time and attention now being taken to personal grooming in our house, and not by me. I was taken aback, in fact, the other night when Hayden told me he’d like to go shopping for new clothes. He said that unprompted. Voluntarily.

I’ve been watching all of these changes in complete denial, I now know. I’ve lived pretty successfully with the illusion that my little guy was still my baby. That all changed that night a few weeks ago at dinner when I suddenly realized Hayden did 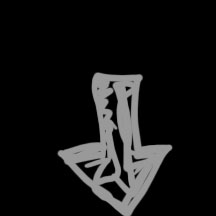 NOT have a cold in the least. No, the motion picture of my baby growing and changing has suddenly acquired a soundtrack . . . and it’s a lot LOWER than it was just a few weeks ago, I swear it!

My husband Mark thinks this whole voice changing thing is hilarious, but I am feeling rather panicky.

First of all, I am way too young–WAY–to have a genetic offspring whose voice is changing. And second, I’ve worked for twelve long years (almost 13 if you count the 9 months leading up to their official start) to learn to understand and parent my child . . . only to find out he is quickly leaving the child part of his life in the dust.

I am telling you, he was JUST a baby–really, really recently. I promise. And his voice was NOT low at all. From what I’m hearing lately, though, it sounds like, whether I want it or not, we’re already pretty far down the road on this strange journey to adulthood.

The thing I must remember as I struggle to keep up with reality is that the lessons Hayden learned and the amazing young man he’s already become are the things that really matter.

And, really, I am grateful that these wonderful things about him would definitely be apparent to you if you were to have a conversation with him . . . just articulated at a lower decibel, that’s all.

May 24, 2006 Garden Parable
Recent Comments
3 Comments | Leave a Comment
Browse Our Archives
Related posts from Talk with the Preacher