Witches Are Meant To Be Subversive And That Is Our Power

Witchcraft and all of its related practices have long been associated with those who would deign to challenge the status quo. Back when women were persecuted into submission, it is little wonder that the ones who were accused of witchcraft were the ones who stood out, who didn’t fit the mold, who acted “outside their station”, or who otherwise posed a threat to others from a power standpoint. I’ve recently had the fun of mapping out my family tree on Ancestry.com and discovered that I am related to a mother and a daughter who were accused of witchcraft in the late 1600s because the mother had inherited a great deal of property from her father, thus becoming a threat. Thankfully nothing came of those accusations unlike many who were far less fortunate during that time. But it is a prime example of the sort of scenario it took for those to get accused.

Naturally it is little wonder that there were those who gravitated towards engaging in these folk practices regardless. If you’re likely to be accused anyway due to not meeting the standards of society, you may as well join the rebellion. And if you’re already facing unfair societal disadvantages, you may as well find ways to obtain leverage that don’t conform to the norm. Like attracts like, after all.

So…if you have not already, you may as well join the rebellion. And we have most excellent cookies.

Rebellion comes naturally to us, after all. Witches will always be on the outskirts of society; any and all attempts to whitewash and mainstream us have been in vain and actually do us more harm than good. We function best when we are kept outside of the normal boundaries of society and culture where we can best challenge any and all toxic structures within it that pose as a threat to those who would otherwise be of value. Naturally many of us are one or more of the following: female, non-white, LGBTQIA+, etc. It’s no secret that so many love the aesthetic of being a witch–after all, who doesn’t love a rebel with a cause? Witches are the ultimate rebels, and we dance to the beat of our own drum.

Rebelling against unfair laws, unjust behavior, and anything which disenfranchises others at the expense of their civil rights would readily fall under the realm of what we can handle with witchcraft and as witches. Certainly it is not the sole purpose of witchcraft, but it is a natural outcome of standing against the system. What is “politics” for one person is someone else’s life. Many of us are painfully aware of this, and some of us are more affected than not. The more boxes one can tick off on the form of the societal disadvantages, the worse it gets. I face problems and threats due to the current administration of the US government being female, LGBTQIA+, and for various other reasons, but I am white, able bodied, and identify with the gender I was assigned at birth. Those who are not face far worse.

Witchcraft is inherently political. You can’t look at history, see who was targeted with accusations, read of those who actually practiced the arts and say otherwise. And the same can be said of today. The upcoming months are going to get harder and harder for many, and we need to band together. While some of us will be more actively resisting than others–especially those who are engaging in both practical and magical opposition–not everyone is meant for the front lines. We need you all–yes, all of you. The one who have been offering quiet support to those around them, the seers who see enough to advise, the healers who prop up those around them, absolutely all of you. You are just as important. Please continue supporting and caring for those around you, and of course yourself. In fact, all of us should be doing just that.

We may be all marching to the beat of our own drum, but we can still march together. 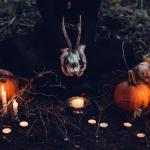 July 10, 2018
What Is A Witch? Defining Witchcraft For Both Past And Present Day
Next Post 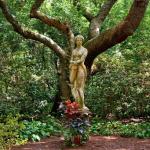 July 16, 2018 The Gods Are Not Personal Vending Machines, Doing The Work Is Crucial
Recent Comments
2 Comments | Leave a Comment
"Hmmm... Magic workings for this time of year? Thanksgiving rites, thanking the Earth and the ..."
Kyllein MacKellerann Magic During Samhain: What Types Of ..."
"With respect, age has nothing to do with energy. There are 20 year olds who ..."
Shantel Collins On Segregation In Pagan & Occult ..."
"I've long said that the best thing about Paganism is that it's individual, smiths work ..."
Virginia Fair Richards-Taylor Why I Absolutely Loathe And Despise ..."
"As a female Wiccan of +50 years I was surprised that there was a comment ..."
Fae Sidhe On Segregation In Pagan & Occult ..."
Browse Our Archives
Related posts from Tea Addicted Witch