The Gods Are Not Personal Vending Machines, Doing The Work Is Crucial

I know that there are people who are not fond of the phrase “work with the gods” because to them, it implies that the gods are tools. On the contrary, I see that phrase as expressing a reciprocal relationship. I feel that the gods and human exist in symbiosis with each other and as long as we respect them and that relationship and have as clear of an understanding as we can about how we relate to one another, it’s of mutual benefit. The phrase “using the gods” on the other hand, has very clear connotations that I don’t think are appropriate.

Beliefs on the gods that I’ve seen from people in various pagan and polytheist religion range from “distant forces that will mostly ignore you” to “spiritual parents/caregivers”. Most, regardless of tradition, will agree that honoring the gods comes down to love and respect.

There are those who think that a more cavalier and possibly disrespectful attitude typically comes from people who are in more mystical and/or occult pursuits. I would honestly disagree; I’ve found certain people in all camps and traditions to have a less than what I would consider acceptable approach to the gods. Taking the myths and their pretty slanted translations too literally and referring to the gods as rapists, calling certain goddesses such as Hera names, and all sorts of arrogant speech that makes me wonder why in the world they’re in this religion to begin with. Once again, for Hellenism the myths are not the religion.

When it comes to making requests either through prayer or through spellwork, regardless of how you turn to the gods and when it should absolutely always be a reciprocal relationship. The gods are not your personal vending machines, and while they are known to be very generous when you have a good connection with them, they aren’t gods you want to either take advantage of or treat less than kindly. I’ve frequently likened the relationship between us and the gods as between adult children and their parents. They’d like to us go off into the world as it makes them proud when we use the gifts that they’ve given us in good and productive ways, but they won’t object to giving us help when we need it.

It’s true that I’ve blogged in the past about why your spells can go wrong, and among those things were “the god or gods you’re communicating with just aren’t feeling up to answering you”. It could be the timing, it could be for whatever reason they don’t want to fulfill your request, or it could be your overall approach to them that is making them not want to work with you. This is where I would turn to divination in order to get a clear response from them on why your request hasn’t been met as you desired it to be. Divination is a time honored approach to obtaining an answer from the gods when things are uncertain, and its value is not to be underestimated. Here’s a good site on some basic information on divination, and I would add to the list the Greek Alphabet Oracle, especially for Hellenists.

In order to have the most benefit relationship with the gods, you have to bear in mind that it is, indeed, a relationship. The gods are not just abstract constructs or internal forces that you can control and conjure on a whim. You have to interact with them on their terms, not yours. This doesn’t mean not having healthy boundaries, and you do have to learn discernment.

I’ve given some obvious examples of disrespect, but what about relationships on the whole? How do you know if you are taking your relationship with the gods for granted? Requests can go unanswered or not answered as desired for many reasons, none of them having to do with whether or not you either upset a deity or expected too much from them. But there are times when you do have to take a critical checkup, take the temperature of the relationship, and see how things are doing. Could your practice need more frequency? Or consistency? Are there things in your life that you are neglecting which the deity has taken an interest in? None of these things would necessarily make a deity angry at us, but there are times when we need to eat all of our veggies first and put on our proverbial adulting pants. 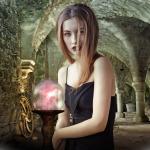 July 13, 2018
Witches Are Meant To Be Subversive And That Is Our Power
Next Post 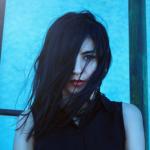 July 17, 2018 The Toxicity Of Objectifying Women In the Craft And Other Occult Trads
Recent Comments
2 Comments | Leave a Comment
Browse Our Archives
Related posts from Tea Addicted Witch