Dropping Expectations: What Polytheists & Pagans Need To Relearn About Religion

I’m one of the luckier ones; I not only have been a polytheist for most of my life, but I was neither raised in a Christian household nor with any particular religion whatsoever. It’s not that I feel that Christianity is bad–I certainly harbor no ill feelings towards it. It’s more that I was able to become a part of a faith without any sort of expectations or ideas on what constitutes as a religion and what should be a part of it in order to be in one.

It’s not a problem unique to Christianity. Our culture as a whole here in the Western world has very exacting ideas on what religions should be like. They should have a text, have universal rules and structure, and agreed upon notions of what unites them as a faith. In addition, there should be standardized clergy who are looked upon as the authorities of that faith, often to the point of being seen as infallible. Which of course brings about the notion of hierarchy and what is agreed upon as acceptability. Having not been raised in anything as I mentioned, I didn’t have any of these notions built into me, taught to me, or had them as a part of my experience. I may as well have been living under a rock as far as most people in American culture would think.

Naturally it was extremely odd for me to enter into pagan and polytheist spaces, and run into people who had negative connotations with words like “prayer” and “worship”, as they thought of it as groveling as well as unnecessary bowing and scraping. I was weirded out by people who were threatened by the notion of personal gnosis and mystical experiences; after all, if it weren’t for mine I wouldn’t even have been there in the first place. And I was puzzled at those who were desperate for holy texts to the point where they considered the Greek myths to be the equivalent of such.

And those myths, quite frankly, have no real bearing on the faith and aren’t indicative of the practice let alone ideas on the gods. In addition, they are told differently depending on locale, are almost entirely translated by men and Christian men at that–which have alienated a number of women in their interpretation of things–and have a very different slant to them than they certainly were understood to be in ancient times. In fact, it’s taken us not until this year to finally get a woman to translate the Odyssey and uncover all sorts of ways those translations have been slanted until now just for that one story. But people thirst for a holy book because of this notion of acceptability, not just for themselves but for the outsiders. Some quite honestly want us to be mainstream, to be verified by the masses.

The fact is, we will absolutely never be mainstream–nor do we need to be. What we need to do is accept the fact that polytheistic and pagan religions are vastly different from the Western notion of what constitutes as a religion, and people coming in from Christian and other structured backgrounds have a number of things that they need to relearn in order to truly think like a polytheist or pagan.

I’ve often said that personal growth and development is the key to magic, but it’s the key to spirituality in general and ultimately being a good human. It helps to think, question, and reexamine things we often take for granted along the way. 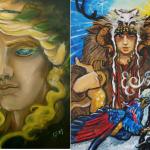 June 6, 2018
Priestess Of Apollo Has A Must See Gorgeous Oracle Deck On Kickstarter
Next Post 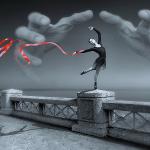 June 11, 2018 Letting Go Of Binary Thinking: Polytheistic, Pagan, And Occult Realities Are Complicated
Recent Comments
4 Comments | Leave a Comment
"Hmmm... Magic workings for this time of year? Thanksgiving rites, thanking the Earth and the ..."
Kyllein MacKellerann Magic During Samhain: What Types Of ..."
"With respect, age has nothing to do with energy. There are 20 year olds who ..."
Shantel Collins On Segregation In Pagan & Occult ..."
"I've long said that the best thing about Paganism is that it's individual, smiths work ..."
Virginia Fair Richards-Taylor Why I Absolutely Loathe And Despise ..."
"As a female Wiccan of +50 years I was surprised that there was a comment ..."
Fae Sidhe On Segregation In Pagan & Occult ..."
Browse Our Archives
Related posts from Tea Addicted Witch