Honoring The Winter Solstice As A Modern Hellenist

I’ve blogged about a few examples of other pagan/polytheistic holidays around this time of year, including the Rural Dionysia and modern Hellenic holidays such as the Heliogenna. I briefly touched on the idea of people combining ideas from the Rural Dionysia, the winter solstice, and Dionysos’ prominent role at Delphi during the winter months to produce their own celebration, and in this blog post I’m going to get into that in more detail.

During the summer solstice, I honor Apollo and during the winter solstice, I honor Dionysos. The Rural Dionysia was marked by food, games, comedies (especially theatre, since Dionysos is a god of the theatre), and lighthearted fun. During this time, I enjoy food–either alone or with friends–plus wine, watch funny movies and/or tv, and spent time appreciating the season, what I have, what this year had to bring, etc. In the past I’ve baked phallus shaped cakes too. I also toast Dionysos when the ball drops for the New Year, and bless every glass of wine I drink in his name.

Dionysos, as I’ve blogged about in the past, unfairly gets labeled as a “party god”. Anyone who has read the Bacchae and similar pieces of literature can attest to otherwise. Unfortunately much of the necessary context, including culture, has been lost to a sea of “archetypes” in the modern world which have overly simplified gods like Dionysos. He is a god of the theatre, dance, music, initiation and the mysteries, death and rebirth, vegetation, and is deeply tied in with defying cultural and societal boundaries. In both ancient and modern times, Dionysos is a queer god whose worship allowed women to cast aside cultural conventions on what was appropriate behavior for them. He is a god of our times, and does not get enough love beyond “parties” and “wine”. Granted, I love red wine but the god is so much more.

From the neo-pagan perspective, honoring a god who died and was resurrected makes perfect sense around this time of year, especially one who was so closely associated with nature. The winter solstice is the time of year that we have the least amount of daylight, and so taking the time to bring additional light in to prepare for the year to come is a beautiful thing. I find that honoring twice-born (and even thrice!) Dionysos is a wonderful deity to honor for those who are looking to honor the joy in one’s life, the good that one has, and to make merry while we still are in bodies because death is a thing.

Other appropriate Greek deities to honor at this time of year includes Helios. Since the sun is up for the least amount of time for the year, to welcome the sun back into the world through honoring the god is a good ritual to perform.

“I begin to sing of Dionysos ivy-crowned (kissokomes) the loud-crying (eribromos), splendid son of Zeus and glorious Semele. The rich-haired Nymphai (Nymphs) received him in their bosoms from the lord his father and fostered and nurtured him carefully in the dells of Nysa, where by the will of his father he grew up in a sweet-smelling cave, being reckoned among the immortals. But when the goddesses had brought him up, a god oft hymned, then began he to wander continually through the woody coombes, thickly wreathed with ivy and laurel. And the Nymphai followed in his train with him for their leader; and the boundless forest was filled with their outcry. And so hail to you, Dionysos god of abundant clusters (polystaphylos)! Grant that we may come again rejoicing to this season, and from that season onwards for many a year.” 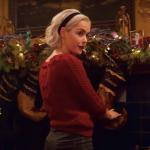 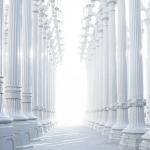 December 19, 2018 Is It Part Of Hellenic Polytheism To Be Against Science And Medicine?
Recent Comments
0 | Leave a Comment
Browse Our Archives
get the latest updates from
Tea Addicted Witch
and the Patheos
Pagan
Channel
POPULAR AT PATHEOS Pagan
1

What It Means To Put Your...
John Beckett
Related posts from Tea Addicted Witch