Is It Part Of Hellenic Polytheism To Be Against Science And Medicine?

Longer answer: no, and it’s actually about as un-Hellenic as you can get.

Ancient Greek history is filled to the brim with science, mathematics, and medicine not only being integral to society and respected, but seen as sacred as well. If current research and science are failing then sure, by all means pray to Apollo Iatros and his son Asklepios to help turn the tides, but to turn to them in lieu of actual medicine and science was never seen as a virtue. Ever.

Nor should it be viewed as such today, but apparently there are Hellenists out there who come from either a background in Christianity and/or other religious cultures that are wholly unlike and deeply incompatible with Hellenism who are deeply confused and think that there is an “either/or” that does not and did not exist. Namely those who have it posted to a particular Greek polytheistic organization’s website that to honor Asklepios, you should “be open to questioning and investigating the claims of modern medicine”.

Which is incredibly ironic to claim, given that Asklepios is a god of medicine and doctors. The practice of medicine was intimately connected with religion. This is not a deity nor a faith that would tell you to shun medicine, science, and everything that would help you and turn to the gods instead. If you were dying of cancer and medicine couldn’t help you, that’s a whole other issue. If we were discussing prayer in addition to medicine, that would be yet another thing entirely. But to “question modern medicine” in “the spirit of Asklepios” is not remotely in the spirit of the god at all and has a whiff of anti-vaxx, aka pro-death and baby coffin industry, about it.

Given that we have deities who are deeply associated with science, math, and technology as being sacred to them (Apollo, Asklepios, and Hephaistos to name a few), I honestly can’t think of anything more un-Hellenic than advocating for prayer over medicine. “Questioning and investigating the claims of modern medicine” should not be a thing in Hellenism, and anyone stating that this is somehow in the “spirit of Asklepios” does not know anything about the god and his history, let alone that of Hellenic religious history. While it’s true that we are a vast network of religions versus any single, unified belief system, the false dichotomy between science and religion was not something that existed for ancient Greeks, nor should it exist for modern Hellenists today.

Science is sacred; the gods gave it to us to figure out how the universe works. Mathematics was seen by the ancient Greeks, Pythagoras in general, as being the language of the gods. And Pythagoras was a mystic who studied with priests. We know him today mostly through the Pythagorean Theorem, but he was also an initiate of the mysteries and an entire mystery school was started due to him. He was not uncommon; the interconnection of science and religion was a thing back in ancient Greece. I am painfully aware of the fact that we currently live in a culture that has coded religion to mean Christianity and Christian-like religions, and that there are some fanatical adherents of said faith who take things literally to the point of denying history and science–and that this is where much of the anti-religious sentiment frequently comes from. But Christianity is not a template for religion and should be not viewed as such. Our own religion is extremely different in many respects, and this is one of them.

You cannot be against science and modern medicine and be a Hellenist. Such a mindset is against everything the ancients believed. Any group, organization, or tradition claiming that you should toss out modern medicine and do prayer instead is not one you should be a part of for honoring the Greek gods or learning about Greek religion.

As I’ve said before, we need to rethink our attitudes about religion and many, many other things when coming into a faith as different as Hellenism. 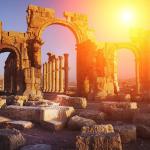 December 18, 2018
Honoring The Winter Solstice As A Modern Hellenist
Next Post 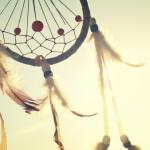 January 15, 2019 Cultural Appropriation Vs Appreciation: A Primer For Pagans, Polytheists, And Occultists
Recent Comments
5 Comments | Leave a Comment
"Hmmm... Magic workings for this time of year? Thanksgiving rites, thanking the Earth and the ..."
Kyllein MacKellerann Magic During Samhain: What Types Of ..."
"With respect, age has nothing to do with energy. There are 20 year olds who ..."
Shantel Collins On Segregation In Pagan & Occult ..."
"I've long said that the best thing about Paganism is that it's individual, smiths work ..."
Virginia Fair Richards-Taylor Why I Absolutely Loathe And Despise ..."
"As a female Wiccan of +50 years I was surprised that there was a comment ..."
Fae Sidhe On Segregation In Pagan & Occult ..."
Browse Our Archives
Related posts from Tea Addicted Witch