Hello folks! I’m back! I’ve been away doing a mini-book tour, PantheaCon, and ConVocation. I will try and do a recap in the near future, but right now everything’s pretty much a blur.

But there are two things on my mind that I want to write about right now, and they both involve community and perception.

Number One is this little-recognized fact: the people who show up to things are awesome. I see a lot of talk and slamming around the Internet about slackers, hack practitioners, wannabes, and a whole host of other negative names and classifications.  There’s usually a lot of generalizing and proclamations about what sucks in Pwordom usually followed by  reasons to not get involved. We all like to bitch about things at times to let out steam. But in reality, if you can make the effort to go to events and meet people, you’re going to find some amazing people.

Much of the last two weeks involved for us a lot of time traveling by car (28+ hours roundtrip from Seattle to San Jose) and plane (15+ hours out to/back from Detroit). Then hours of tending to booths, presenting workshops, performances, and rituals – and dealing with people pretty much nonstop. I’m not going to lie: it’s a grueling, exhausting schedule.  But when I look back, I’m flooded with love and inspiration for all of the people I’ve interacted with at these events – in classes, at my booth, in suites, at the bar, etc.

In addition to the Pagan leaders I met in my early days (nearly all of them who are still on this planet, I am on good terms with), the last 4 years of being active in Pwordom have brought some amazing beings into my life.  And at every event, I meet even more folks and get to know other people better.  There is a profound sense of people looking out for others, being supportive and helpful, and eschewing drama for strength – from participants to presenters and everyone in between.

In the realm of Witchcraft, we often talk a lot of about manifestation and intention. But those things don’t apply only to spellcraft.  Rather, they can apply to the larger, more expansive fabric of our lives.  If you want to experience support and understanding, then that’s what you focus on and build.  Inversely, if you feed drama, that’s what you’ll swim in.

The second thing I want to touch on is something I heard at both events: the “missing” younger generation.  Now, there were definitely plenty of people under the age of 30 at both events, but the bulk of the attendees tend to be in their 30’s and well above. I heard several people say, “oh, the young people just aren’t interested in these kinds of events” or “not that many young people are interested in Witchcraft or Paganism.”

This is where the title comes into play: the invisible visible.  Just because you can’t see them, doesn’t mean they’re not there. Which is a pretty standard truth in Witchcraft!

You see, in addition to attending Pword events, I frequently attend many other kinds of conventions: steampunk, scifi, geek, comic – basically fandom…and there’s no shortage of younger attendees no matter where you go in the United States.  They go to conventions and big events, they’re interested in community and meeting other like-minded folks. And if tumblr and the next crop of Witch/Craft shops is anything to go by: there is a SIGNIFICANT amount of people in the 30 and under crowd interested in Witchcraft, Paganism, the Occult, etc.

But you’re not going to see these folks if: you’re not on the same social networks as them or are marketing the event directly to them.  The Internet is a much larger, bigger place then it was in the 90’s.  Back then, there were fewer places to gather and find information: IRC chatrooms, online forums, Witchvox. We were still connected and involved with print publications as well.  Now there are numerous social networks and “entry points”, many of which are geared specifically to teens and 20-somethings. They’re extremely active and networking, but unless you know where to look or have offspring of that age, you may not see them.

Furthermore, many established events (20+ years) have been pretty much doing the same thing they’ve been doing for marketing for years. Once you get comfortable doing a thing, you tend to assume that the buzz will carry along, the same methods will continue working, etc.  But what if upcoming generations don’t even know your event exists because your advertising or word-of-mouth reputation isn’t reaching them? Figuring out how to connect with them takes some effort, but obviously the work is worth it – to bridge the gap and grow community.

In balancing both things I’ve highlighted in this post: when it comes to talking about what’s missing or not there, we need to make sure that:
1) We ourselves are actively engaged, showing up, and contributing what we wish to see in our communities.
2) We are not assuming something doesn’t exist just because we’re not immediately aware of it.
3) Be open to explore and reach out. 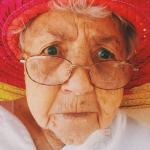 February 9, 2018
4 Things People Confuse in Witchcraft That Drive Me Crazy
Next Post 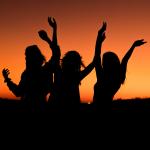 March 2, 2018 Messages from the Crossroads: Changing Words, Changing You
Recent Comments
0 | Leave a Comment
Browse Our Archives
get the latest from
A Modern Traditional Witch
Sign up for our newsletter
POPULAR AT PATHEOS Pagan
1

Shadow Work and the Magic of...
The Balancing Path
Related posts from A Modern Traditional Witch