The Cat Denizens of Witch Shops

My partner Nathan and I have a reputation of being Crazy Cat Ladies.*  We currently reside with four cats.  (If you missed the addition of the 4th, you can read about Gracie here.) We’re very attached to them, and they seem to really appreciate our body heat. So we miss them terribly when we’re out on the road touring.

We pretty much lose our collective shit in adorable ways when we stop at an occult/metaphysical shop that also has a resident cat.  Cats that live (full-time or part-time) at witch shops are definitely special beings.  They add another level of magic to a place.

So I figured it would be fun to share with you just some of the cats we met on the past tour.

First up is Draco, who is one of two cats living at Sacred Hearth Sanctuary in Sparks, NV.

As you can see here, Draco has seated himself on a chair for my Sigil Witchery workshop.  This workshop was packed- about two dozen people or more artfully tetrised in the central space all around.  And there was Draco occupying his own chair in the front row. Everyone was loathe to move him, but finally we reached a compromise as one young lady sat on the floor and took him in her lap, while an older person who had been standing sat in the chair.  Draco protested at first, but then made use of nice warm being staying put for 90 minutes.  Draco set the theme for cats attending my sigil workshops for the rest of the tour.

We did get a great group photo or 2 at the end, but I don’t think it’s been posted yet.

Next we have Zombie, who makes his home at Candles, Crystals, and Cauldrons in Baltimore, MD. As you can see from the photo, Zombie made himself comfortable underneath one of my displays (eventually getting on top of the bin, but still under the cloth….I like the tail photo best).  He was also present for the entire Sigil Witchery workshop.

And then there was Fiona, who is a relatively new addition to Finding Avalon in Camden, DE.  As owner Jesse and I were discussing how to best set up the book signing and merch for this stop, since we were expecting another big turnout  –  I stopped speaking English and reverted to other noises.  Because suddenly before me was a tiny black kitten coming right up to me. I hadn’t known about Fiona joining the staff, so I was completely surprised, and of course ga ga over a kitten. Who, to make the cuteness even more lethal, was sporting a pumpkin-shaped bell around her collar. Instant death I tell you.  Sadly, Fiona could not attend the workshop because it was in a separate building, but she stayed close by for the signing and after workshop stuff. I so huffed that kitten.

Our next cat is one of several feline residents at Gavina’s Magikal Door in Fredericksburg, VA, and one of the most floofiest. Clearly she was very interested in the Mew Aradia and signing up for the Mewsletter. (Alas, I do not recall her name). She was present for the entire Sigil Witchery workshop.

By now, you may have noticed a running theme – black cats.  Which might seem cliche’, but all cats are awesome – and black cats especially so.  They are supposedly the hardest to adopt, so of course Witches are going to embrace them even more so and open their hearts and homes to them.  But the second most popular cat color I’ve found at occult shops are tabbies and torties.  Behold Miss Boo Boo:

Miss Boo Boo has decided to make Enchanted Earth in Dunedin, FL her home. She also took possession of Nathan’s lap for entire time we were there – and yes, she also attended the Sigil Witchery workshop.

Alas, I didn’t get a good photo of Neil at Tree of Life Metaphysical Books & Gifts in San Diego. Neil is a beautiful black senior citizen of a cat – who has attended both of my workshops as well.

Now I don’t know if cats just like attending my workshops in general, or if they’re drawn to warm-laps, or they like to just smell our stuff that also smells of cats and interesting places.  I do know though that I am not responsible if any of these cats start doing sigilcraft in their litter boxes.

*Nathan believes that “Crazy Cat Lady” is a gender-neutral term. 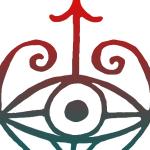 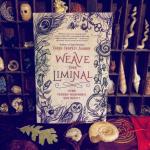 January 8, 2019 6 Minutes of Witchcraft: The Book Problem
Recent Comments
0 | Leave a Comment
"Hella sigil! Blessed Be its use!"
Pitch313 A Sigil for Reproductive Rights
"Just stumbled upon this post now - it randomly came onto my feed. I've been ..."
Kathy The Narwhal and the Playful Witch
"Thank you for this story. Now I know why my home feels so off. I ..."
Deborah Bliss In The Witch’s House, Weird is ..."
"Great expression!"
Pitch313 Simple Magic IS Advanced Magic (6 ..."
Browse Our Archives
Related posts from A Modern Traditional Witch