Have you ever had to explain your book to a congress of librarians in 15 seconds or less? These are smart people who live and breathe books. No pressure or nothing. Holding Weave the Liminal in my hands near my heart I said: “This is the book I wish I had over 20 years ago when I was a Witchlet.”

Which is true, and also apparently the right answer for librarians, as they gleefully collected a copy in response.  The reality of the declaration made me ponder the evolution my own journey– and what I see in others as they walk their paths.

Recently, Gwion and Phoenix (The Witches Next Door) asked me and a few others, what was your most influential Pagan book? Forced to select just one book, I chose Witchcraft for Tomorrow by Doreen Valiente. In my mind, it sits next to Drawing Down the Moon by Margot Adler, which opened my eyes to the diversity and possibilities existing in the world.  But Doreen’s book felt like home and most directly applied to my actual personal practice.  After reading nearly all of the usual suspects/classics on the market, Witchcraft for Tomorrow made the most amount of sense to me as a Witch. But the book is as old as I am, and even back then I was acutely aware of the material becoming dated/out of context.

Which is why, about 6 or so years after “officially” starting down the Witch path, I started writing a book. I already had been maintaining a large website and writing for Crescent, so a book made sense to me then.  But the Universe had other plans: my computer’s motherboard fried and took the hard drive with it, plus I had lost many of the notes in a big move.  I tried to start again, but it just didn’t work out. My path went in a different direction for a long time.

That sounds like a horrible thing, but honestly I’m so very thankful.  Why?  Because I have learned so much in the years that have passed.  The book is far more effective and complete now than it could have ever been back there. But also, while I had a pretty good handle on things in my early 20’s, I was a snarky asshole.  (Ok, really, I can still be a bit of a snarky asshole, which seems to be a Gemini trait, but I’ve fine-tuned it. Mostly.)

Why was I snarky asshole? I knew I didn’t know all the things back then, but I felt like I was in a position that I couldn’t show that.  There were the authenticity wars about the craft, and the fact that in person, I was often dismissed because I appeared young and female. (Hmm…not saying any of that has changed…)

Now, I understand that no one will ever know all the things, but the journey to learn and grow is all part of the adventure.  And most importantly, who the fuck cares about what other people think of your path and practice – if it works for you?  If someone is going to dismiss you simply because of how you look, what age you seem to be, what your gender or sexuality may be defined as, what color your skin is or isn’t, or how you do your work – then why worry about what they think? Their opinion reflects more on them: their insecurities and their need to compare or compete.

But at the same time, I also try to be understanding of where people are on their paths.  I think all magical practitioners go through an asshole phase.  Maybe, like the 5 stages of grief, there’s 5 stages of evolution to being a Witch:
1) Curiosity (on the edge of discovering this is real)
2) Awe & Fear (oh shit, this is real!)
3) Bravado & Insecurity (are you a real Witch, really?)
4) Leveling Out & Deeper Exploration (what is real anyway?)
5) Voltron (all the realities come together, repeat, explore, do the work, no fucks given.)

I think it’s crucial as human beings to understand we are always going through cycles – or at least we should be.  The moment we decide we have learned and know all there is – that is the moment we stop growing and being.  But it’s a trap that all humans fall into at one point or another, so it’s important to recognize that in ourselves and each other.

Evolution is the majority of Revolution. The moment we stop evolving, we stop being Witches. 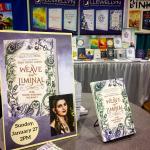 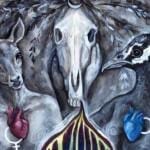 It's All Fun and Games Until...
Fivefold Law
Related posts from A Modern Traditional Witch