Sky Garage and Penthouse Beach: Lazarus in the City UPDATED

Today’s New York Post has a story on the “Crazy luxe amenities” enjoyed by some of New York’s better-heeled, and I don’t mean the dogs, although they can put on the Ritz, too, if their owners are so inclined:

Since the unveiling of Chelsea’s “sky garage” condo — with an elevator that takes tenants’ cars to their floors — high-rises are rolling out other crazy comforts.
[. . .]

* 101 Bedford Ave. in Williamsburg, Brooklyn: This new rental has a rooftop beach, amphitheater and giant chess board with a view of Manhattan’s skyline.
Tenants pay $600 a year for a 50,000-square-foot amenities space, which includes a recording studio, movie theater and golf simulator. The 351-unit building also has a wine vault, pool, spa and pet shower room.

1) If trendy people are rescuing Long Island City from its industrial-factory-blue-collar roots, gentrifying it and spending upwards of $20 million to live there, they’ll want to call it something else; we’ll soon hear of a formal name change to that zipcode (“Crystal Beach”) or see a cutesy renaming of the general area. My guess is we’ll see see it referred to in Page Six as LoCi. As in “LoCi, you have some ‘splainin’ to do about income disparities!”

2) Many of the locations cited in the story offer dog runs, and dog treadmills, so if you want to train your pooch to newspapers in the bathroom or something, you need never take Fido out for a walk and have to mix with the commoners. Ditto the complexes with “sky garages” where you can drive into an elevator and bring your whole specialness up to your 5 BR Waterview without ever having to set foot on the same nasty ground as rest of the people.

3) We’re seeing a similar trend of gentrification unto excess in Washington DC. In Boston, too, I am betting. If the summer traffic out to the Hamptons seemed thinner this year it was because flying a chopper out to one’s summer place — with a separate flight for the case of rosé if the help has forgotten to pack it — has become almost de rigueur.

It’s like the ultimate echo chamber, isn’t it? The rich are not just growing bigger hedges or erecting higher fences; they’re becoming accustomed to not having to breathe the same air, or set foot upon the same pavement, as the rest of humanity. The terrible danger, of course, is that a narrowed exposure to one set of humans (and one set of values), can only lead to a devaluation of other sorts of human beings, whose rights and inherent dignity may become less-easily identified-with, and thus more easily ignored. Is it too early to start making comparisons to The Hunger Games?

The nation is already accustomed to watching “reality shows” where ordinary folk — their foibles and failures — are served up as entertainment. And we’re already comfortable with an idea of separate standards for the elite folk who fly private jets to global warming conferences and the rest of us, who are meant to stay home and hang out the wash.

There is a kind of beauty to how inevitable this has all seemed. Like math, actually.

Ought the “have-nots” and the continually squeezed Middle Class envy these “uber-haves” their excessive privilege? After pondering today’s gospel, I think rather than envy them, we ought to pray for their salvation, as we do our own — because they’re missing what matters:

Jesus said to the Pharisees:
“There was a rich man who dressed in purple garments and fine linen
and dined sumptuously each day.
And lying at his door was a poor man named Lazarus, covered with sores,
who would gladly have eaten his fill of the scraps
that fell from the rich man’s table.
Dogs even used to come and lick his sores.
When the poor man died,
he was carried away by angels to the bosom of Abraham.
The rich man also died and was buried,
and from the netherworld, where he was in torment,
he raised his eyes and saw Abraham far off
and Lazarus at his side.
And he cried out, ‘Father Abraham, have pity on me.
Send Lazarus to dip the tip of his finger in water and cool my tongue,
for I am suffering torment in these flames.’
Abraham replied,
‘My child, remember that you received
what was good during your lifetime
while Lazarus likewise received what was bad;
but now he is comforted here, whereas you are tormented.
Moreover, between us and you a great chasm is established
to prevent anyone from crossing who might wish to go
from our side to yours or from your side to ours.’
He said, ‘Then I beg you, father,
send him to my father’s house, for I have five brothers,
so that he may warn them,
lest they too come to this place of torment.’
But Abraham replied, ‘They have Moses and the prophets.
Let them listen to them.’
He said, ‘Oh no, father Abraham,
but if someone from the dead goes to them, they will repent.’
Then Abraham said, ‘If they will not listen to Moses and the prophets,
neither will they be persuaded if someone should rise from the dead.'”
— Luke 16:19-31

It all reminds me a little of that woman I wrote about recently, the one who wrote to the New York Times Magazine about her shrug of an abortion:

Had I been turned away, I’m sure that I would be able to report that I loved that third child, that our family was doing well and that there were no notable negative impacts or issues as a result of bearing and raising the child from an unwanted pregnancy. I can, however, say the same thing now, having not had that child.

“Neither will they be persuaded if someone should rise from the dead.”

No, we ought not envy the uber-haves, not at all. All of that dull excess must make it so hard to focus, so easy to remain forever distracted in the shallows of one’s own self-idolatry. We neither should decide, on the basis of the Gospel reading, that the poor are better off in their poverty — that doesn’t serve anyone’s dignity, either — but material poverty can be materially assisted; when need is known, people are always quick to help; a measure of comfort can be given promptly and long-term help can be planned. Spiritual poverty, on the other hand — the kind suffered by the rich man of purple garment — seems more difficult to address. Spiritual poverty is need plumbed from a deeper well.

Let us pray for ourselves, in our own spiritual need, and then pray for others, in theirs. Perhaps we can invited Blessed Teresa of Calcutta and the Servant of God Dorothy Day into our prayers, too. Both women understood that Western spiritual poverty was as crushing to human society as any material poverty could be, if not moreso.

Set yourself always in the lowest place, (Luke 14:10) and you shall be awarded the highest; for the highest cannot stand without the lowest. The Saints stand highest in God’s eyes who are lowest in their own; and the more glorious they are, the more humble is their spirit. Filled with truth and heavenly glory, they have no desire for vainglory. Grounded and established in God, they cannot be proud. They ascribe all goodness to God; they seek no glory from one another, but the glory, which comes from God alone (John 5:44). They desire above all things, and strive always, that God be praised in themselves and in all His Saints.
– Imitation of Christ, Chapter 35

UPDATE:
You can’t know Jesus without betting your life on him

Deacon Greg with a great story. 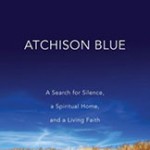 September 30, 2013 Sorry, *Gay or Straight Friends in Rome*, this is just Rude
Browse Our Archives
get the latest from
Catholic
Sign up for our newsletter
POPULAR AT PATHEOS Catholic
1

Why I won't recommend Jordan Peterson to my...
As a teacher at (what used to be) an all boys Benedictine...
view all Catholic blogs
Copyright 2008-2020, Patheos. All rights reserved.