As David Niven once said, “Ladies and gentlemen, that was almost bound to happen.”

Yes, I suppose it was unavoidable.

Although very likely we all hoped, sincerely had hoped, that it would be otherwise, President Obama could not find anything like grace, maturity, professionalism, magnanimity or humility when responding to the undeniable drubbing his party took — largely, it would seem, due to the weight of his own hubris-laden anchor — in yesterday’s election.

Despite the availability of Peggy Noonan’s excellent prompts, Barack Obama at his press conference today was tone-deaf, singularly graceless and spectacularly clueless, as well:

From all appearances Wednesday, the president won’t change—not his policies, not his style, not his staff, not nothing. Defiant and begrudging, the president said he would meet with GOP leaders, seek their suggestions for common ground, and maybe grab a drink with Senate Majority Leader-to-Be Mitch McConnell. Beyond that, meh.

Even for a mortified-seeming Chris Matthews, the thrill is gone.

Obama has always been a small man with thin-skin, boasting only a defensiveness that belied his superficial polish, and so little imagination that he believed the words “I won” constituted outreach to the loyal opposition.

This afternoon, the country that had just put “paid” to the realities of his brand of “hope-and-change” dared to hope — just one more time — that Barack Obama would act like a president instead of a spoiled prince-ling. And when he failed, again, there seemed to be a collective sigh of lost patience, full-disillusionment and, finally, disgust. “This really is all he is, after all…”

It was a terrible unforced error that he simply could not stop himself from making. The world awaited his remarks, hoping for something thoughtful and expansive. The president stood before them and — fully, inelegantly, and forever — exposed himself and his shortcomings.

The clip is humorous, but there we should take no joy in finally seeing just how naked this emperor is. Walled off, and stunted.

It’s going to be an interesting, and probably difficult, two years.

Related:
The Scariest Part of the Blowout
A lousy head of a party
Policies on the ballot?
4 Myths
Eff-it, I’m doing Amnesty 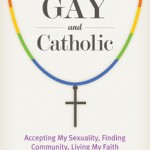 November 6, 2014 Gay and Catholic: A Vital Book for Our Time
Browse Our Archives
Related posts from The Anchoress