RESPONDING to news that its former pastor, Ben Thomas, above, had pleaded guilty to 40 sex offences involving children, the Criccieth Family Church in Wales expressed shock, and said that the BBC presenter-turned-preacher had come to the church ‘highly recommended.’

In a statement, the church said:

His arrest last September came as a complete shock to the church, the community in Criccieth and beyond. Ben came highly recommended to this church and his safeguarding checks were satisfactorily completed during his time with us. We are now devastated by the revelation of such sin and grieve over the pain caused to the innocent victims, the betrayal and deception.

Ben’s resignation was offered and accepted immediately after his arrest … The church has been thankful for the concern and understanding we have been shown by our neighbours in Criccieth, who themselves are struggling with their own understandable sense of grief, confusion or even anger at the crimes and deception.

According to this report, Thomas, 44, was accused of crimes including sexual activity with a child, sexual assaults, voyeurism and making indecent videos of children. He is due to be sentenced on August 18

The inevitable sentence is a significant custodial sentence.

Thomas, 44, left the BBC to become a street preacher before joining the staff at the Gwynedd, Wales, church. His offences span from 1990 to last year in Wales, Shropshire, London, and Romania.

Involved the serious sexual abuse of vulnerable young children by a religious leader. It is an awful breach of the trust placed in him by the victims and their families, and I cannot begin to imagine what impact the revelation of his offending has had on them.

Today in court, Ben Thomas has admitted perpetrating 40 sexual offences. As a result of this, his victims have been spared the harrowing ordeal of a lengthy trial.

North Wales Police are very grateful for the strength and courage shown by all victims and their families; this has greatly assisted our investigation to ensure justice has been done today.

I am also grateful to the evangelical church and their safeguarding team for their assistance during the investigation.

Thomas worked as a reporter and presenter on Ffeil, the Welsh language news programme for young people, and on Wales Today. He left the BBC in 2005 to go and preach on the streets of London. He  returned to Wales in 2008 as pastor of the Criccieth Family Church, before leaving in 2019.

The NSPCC called Thomas’ crimes “horrendous” and said it was vital that his victims receive “ongoing support”.

A spokeswoman for the children’s organisation said:

Thomas has admitted to committing a wave of sexual offences over a long period of time and it is right that he now faces the consequences of his actions. It is crucial that anyone who has been abused feels safe to report what has happened to them, no matter how long ago the offence took place, in the knowledge that they will be listened to. 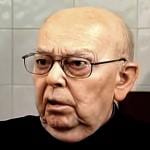 July 20, 2020
'Rogue' exorcists are encroaching on the turf of 'genuine' ones
Next Post 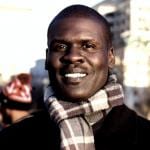 July 22, 2020 Angry Muslims call for a 'holy war' after Sudan ditches sharia law
Recent Comments
0 | Leave a Comment
"Costelloe claims that the 'church can and must also take whatever steps are necessary to ..."
David Cromie ‘Church has changed’ says archbishop after ..."
"I expect the 'holy father' had in mind members of the Roman church, such as ..."
David Cromie Pope Francis: Better to live as ..."
"It hardly matters how you slice and dice it, the fact remains that the man-god ..."
David Cromie Superhero Jesus comic branded ‘blasphemous’ by ..."
"???"
David Cromie Superhero Jesus comic branded ‘blasphemous’ by ..."
Browse Our Archives
Related posts from The Freethinker