RABBI  Yisroel Goldstein, above, who became ‘a global symbol of courage and religious freedom‘ after he was injured in an anti-Semitic attack on his Poway, California, synagogue last year, has pleaded guilty in the US District Court to federal tax and wire fraud charges involving around $6-million.

But federal prosecutors have recommended only probation for Goldstein because of the injuries and trauma he suffered after a 19-year-old self-proclaimed white supremacist entered the lobby, screaming obscenities and firing a rifle. Lori Gilbert Kaye, a member of the congregation, was shot dead in the lobby.

Lori Gilbert Kaye, 60, a member of the congregation, was shot dead in the lobby when John T Earnest, above, carried out the attack. The rabbi’s right index finger was shot off and the bones in his left index finger were shattered.

The government will make a recommendation that he not spend time in custody.

Goldstein will be sentenced in October.

There is no doubt that Rabbi Goldstein was the victim of a horrific hate crime that terrorized him and the worshippers at the Chabad in April of 2019. That event was a significant, mitigating factor to the plea agreement, but it is no excuse.

We cannot look the other way because a perpetrator of a crime becomes, suddenly, a victim of crime. We commend Mr. Goldstein in his community leadership after the shooting, as well as his cooperation once this investigation came to light. But the illegal conduct had occurred for many years and it cannot be ignored.

Goldstein pleaded guilty to a scheme involving misuse of more than $6 million in synagogue donations for his and others’ personal financial gain, standing at the “epicenter” of many frauds, prosecutors said.He agreed to pay restitution of perhaps $2.5 million — most of that to the IRS.

A federal complaint said Goldstein, 58, was involved in a scheme in which donors made large, tax-deductible contributions to the synagogue, then secretly got most of their money back.

Beginning around early 2010 and continuing through October 2018, Goldstein engaged in a conspiracy with several unnamed individuals:

To fraudulently obtain hundreds of thousands of dollars for the co-conspirators’ personal use and benefit by using false information and fabricated records to pretend to be eligible for tax deductions, emergency funds, grants or donations and private loans.

Goldstein — whose exit from the congregation leadership last November was labeled “a retirement” but was actually a firing — learned of the investigation in October 2018, long before he rose to prominence in the wake of the shooting.

The rabbi  subsequently got to meet President Trump in the Rose Garden at  a White House for the National Day of Prayer and spoke at the United Nations. He later welcomed Trump at Miramar Naval Air Station in a September visit to San Diego, escorted by Poway Mayor Steve Vaus.

He described Trump as a “mensch par excellence.”

An unsigned statement from Chabad of Poway asked:

How do we reconcile this heartbreaking reality with the good Rabbi Goldstein accomplished during his decades of service? How do we separate his unethical and unlawful behavior from his many positive contributions to our community?

We will surely struggle with these questions for a long time to come … We hope and pray that Rabbi Goldstein finds the professional help that he needs and makes amends to our country and to the people he has hurt. And we pray that the Goldstein family find the healing they so deserve.

Terribly shocking and troubling. [Goldstein] breached the trust vested by the United States in its stewards of charitable organizations, and violated everything that Judaism and our movement stand for.

While it is painful to learn about anyone engaging in unlawful activity, that pain is compounded when the person’s life was supposed to be dedicated to sharing the eternal moral code of the Torah and to teaching about our personal responsibility to the Divine ‘Eye that Sees and Ear that Hears.’ That this person is someone who came to widely symbolize faith in G‑d and fortitude in the face of evil is particularly devastating.

We pray for the strength and healing of the Poway Jewish community and the Goldstein family. We stand with you and support you as you once again rebuild the community you hold so dear. As you move forward under new leadership, may your light and inspiration be renewed and shine ever brighter, for the city of Poway, for our nation, and for the world at large.

It’s a sad day in the San Diego Jewish community. Rabbi Yisroel Goldstein of Chabad of Poway pleaded guilty to tax fraud charges, thereby transforming himself from the hero of the attack on his shul to a common criminal. How disappointed every member of the Jewish community must be.

Earnest remains in custody on state and federal charges, including allegations that the attack was a hate crime. State prosecutors are seeking the death penalty against him while the Department of Justice has not yet made a decision regarding capital punishment. 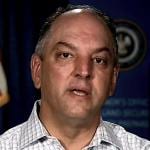 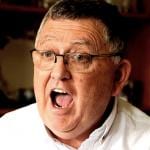 July 19, 2020 'Therapist' suggests people identifying as gay 'are trapped in a cult'
Recent Comments
0 | Leave a Comment
Browse Our Archives
get the latest from
The Freethinker
Sign up for our newsletter
POPULAR AT PATHEOS Nonreligious
1