‘Therapist’ suggests people identifying as gay ‘are trapped in a cult’

AS the UK government edges toward a possible ban of outfits that make spurious claims about helping gay people turn straight, leading ‘pray-away-the-gay’ Christian guru Mike Davidson, above, is getting more and more hysterical over the prospect of his Northern Ireland-based Core Issues Trust (CIT) having to pack up its tent and wander off into the sunset.

In a lengthy Q&A published by Christian Today, Davidson said:

If someone contemplates leaving an LGBT identity I’m afraid it’s a bit like a cult; you can’t leave it. If you do, you’ll be persecuted for doing so! Once gay, always gay. We can call this the ‘must stay gay’ culture. I don’t think this is a healthy approach.

Davidson claims that CIT is not about “conversion therapy” or “gay cure therapy” – terms he regards as “perjorative”.  Instead it engages in something called “Sexual Attraction Fluidity Exploration in Therapy (SAFET).

And how, pray does that work?

It is standard counselling practice that is used to focus on the issues people bring to us. It’s not about forcing anyone and it’s not about a predetermined goal. It’s an exploration of sexual fluidity. One of the outcomes may be that feelings and behaviours diminish or change. People seek ways of managing the things that they are unhappy with.

I don’t know anybody who uses them except gay activists and confused politicians. ‘Gay conversion therapy’ is a pejorative term and definitely a political ploy, not something that any of us working in this field would ever use. It conveys all the wrong things and is defined by things like electroshock therapy, frontal lobotomies, forced castrations and ‘corrective’ rape –none of which have been practised by any ministry that we would know.

Davidson lost no time in playing the “persecuted Christians” card. Asked what impact a ban would have on pastors or faith leaders, he answered:

To be frank, if it’s us now, it will be the pastors next. If the counsellors and the therapists are forbidden from doing this work, I doubt very much whether the churches will escape. I think, if we remain silent about this proposed ban, very few will be willing or able to teach in terms of orthodox sexuality and ethics as we understand it in the Bible.

That’s the way things are going and, sadly, many don’t recognise that this is the first step in a movement of stealth that is slowly but surely locking down on the Judaeo-Christian foundations of our society.

I think some do because of this intractable view that we are ‘born gay’. Our society generally has taken that idea onboard uncritically. But research cited last year by the BBC (Gana et al 2019) indicated that there is very little genetic contribution to same-sex attraction and it’s more environmental.

This is in line with the 2014 statement from the Royal College of Psychiatrists on sexual orientation, which says that the operative factor is postnatal experience. In other words, they too believe that some people change through their lives, which is essentially acknowledging sexual fluidity.

But I think the LGBT community has invested too much in this idea that we’re born gay so when anybody comes along and challenges that, and speaks about wanting to move away from unwanted same-sex attraction, then that is threatening. But it doesn’t need to be, because this community has the full rights to marry, to adopt, to change genders in any direction they want to.

When it was pointed out to Davidson that church leaders seem to be either reticent on the issue or  are actively supporting a ban, like the Church of England, he replied:

I think many pastors do not want to put their head above the parapet, and they have very little nuanced understanding of the issue. They assume its a very niche issue – but they don’t realise it’s the first step in silencing their pulpits.

The Church of England may be making itself very popular but it’s also opening its altar up to Islam and installing helter skelters in cathedrals that are supposed to be sacred spaces. So it’s going in a new direction and I would say that this is not the Church of England that we have known and loved. I would even argue that it no longer represents the Christian faith community in this country .

Our position is unpopular because we do speak into the issue but that’s because being silent about this forfeits the right to ever stand up, and if we don’t speak now, I fear we never will or will forfeit the right to do so. I’d rather be on the side of speaking up now and warning people about this danger.

The totalitarian nature of the LGBT left-wing movement. This is really another dimension of the current ‘cancel culture’ movement and it’s going in the same direction as the ‘woke’ mob. So I think people ought to be very concerned about this. It may seem at the moment like conversion therapy [which, remember, isn’t conversion therapy at all] is only relevant to a few people in the country.

Davidson then brought up the issue of the National Secular Society’s demand that CIT’s charitable status be removed.

It’s interesting that the NSS had nothing to say during the decriminalisation of homosexuality in the country. Now all of a sudden they seem to have jumped on the bandwagon and are calling for our charitable status to be removed. Are they joking? Do they think only secular humanists can have a place at the table in Britain? I think every one of us should be concerned about this.

This is utter baloney. The NSS was was among many organisations demanding that homosexuality be decriminalised in the UK. In Godless and Glad of It: Fifty Years of Militant Secular Humanism, (2007) former NSS President David Tribe wrote in a chapter devoted to the subject:

Freethinkers have observed that a ‘chaste’  life of sexual abstinence, in theory or in practice, is more ‘unnatural’ than homosexuality …

In 1957 the Wolfenden Report recommended that ‘homosexual behaviour between consenting adults in private be no longer a criminal offence’, but no action was taken.

The Homosexual Law Reform Society was formed next year with humanist and liberal Christian support. In 1960, 1962 and 1965 Kenneth Robinson, Leo Abse and Lord Arran unsuccessfully tried to amend the law.

The 1964 NSS Annual Report named [the criminalisation of homosexuality] among religion-based ‘injustices and abuses’ and its 1967 report said NSS pleas for ‘homosexual toleration’ would strengthen. With the support also of the NCCL (now Liberty), in 1966 Abse tried again and the Sexual Offences Act 1967 decriminalised homosexual acts between consenting adults in private … 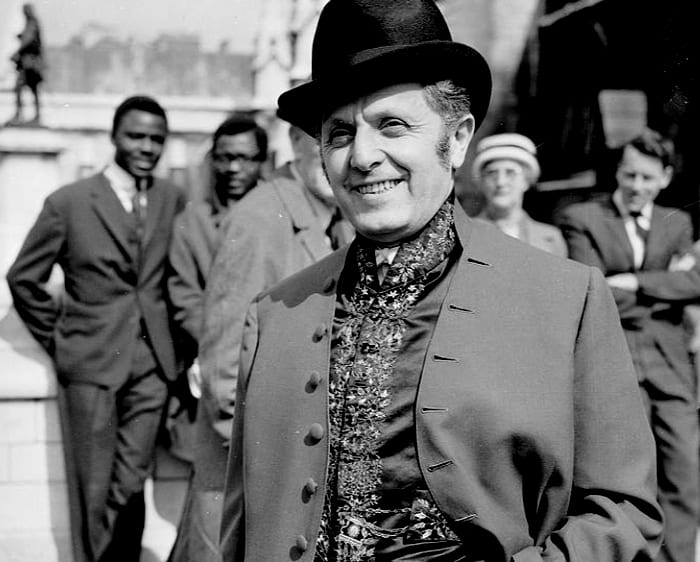 Leo Abse, above, was an ardent Welsh secularist and flamboyant social reformer who died aged 91 in 2008.

Secularists are interested in it [homomosexuality], as in other areas of scientific speculation, whether they practise it or not. Above all, as libertarians they insist on the right of individuals to ‘do their own thing’ so long as it doesn’t impinge on the rights of others or imperil society.

In an overpopulated world it can even be seen as socially beneficial.

Current President of the NSS, Keith Porteous Wood, described Davidson’s claim as outrageous, and pointed out that:

For decades, to my certain knowledge, the longest-serving past President of the NSS, Barbara Smoker, and its Secretary Bill McIlroy publicly campaigned for decriminalisation.

Put that in your pipe and smoke it, Mikey boy! 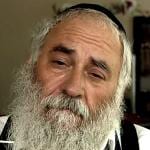 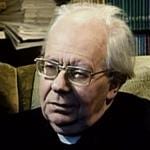 July 20, 2020 RCC triples payout to man abused by J R R Tolkien's son
Recent Comments
0 | Leave a Comment
Browse Our Archives
get the latest from
The Freethinker
Sign up for our newsletter
POPULAR AT PATHEOS Nonreligious
1