WILL Dismukes, 30, pictured above with an adoring Trumpanzee,  has been forced from his leadership at Pleasant Hill Baptist Church in Alabama after participating in an event honoruing Confederate and Ku Klux Klan leader Nathan Bedford Forrest.

Dismukes, a Republican who also serves in the state legislature, gave the invocation at Forrest’s 199th birthday celebration in Selma on Saturday then posted a photo of himself standing in front of a portrait of the first KKK Grand Wizard and surrounded by Confederate flags.

Dismukes initially told a local TV station he was surprised by the reaction saying that, when he shared the post, he:

Wasn’t even thinking about … Nathan Bedford Forrest’s connection to the Ku Klux Klan.

The event in Selma also happened to take place the same day as local ceremonies honouring the late US Rep John Lewis.

Dismukes, who also holds the position of chaplain for the Prattville Dragoons, a Sons of Confederate Veterans group, blamed the negative response on “anti-Southern sentiment” and “cancel culture.”

Forrest, a Confederate General, was defeated in the Battle of Selma, but has continued to be celebrated there. Historian Thomas Kidd recently wrote that a bust of Forrest was erected in Selma in 2000, stolen in 2012, and replaced in 2015. Kidd said:

Removing monuments to figures such as Forrest should be an easy call for Americans, especially for Christians. Forrest was a brilliant tactician, but also a Grand Wizard of the Klan. He committed racial atrocities in the name of a rebellion against the United States.

Alabama Baptist leaders have spoken up against Dismukes’s ties to Forrest.

Rick Lance, Executive Director of the Alabama Baptist State Board of Missions, said:

We are saddened and grieved to learn of the recent Facebook post by state Rep. Will Dismukes. … In the wake of tremendous controversy we reaffirm our opposition to any kind of racism. 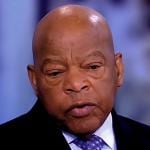 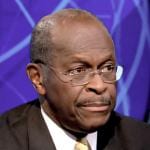