THE man pictured above at a huge far-right rally in Poland  is a neo-fascist rabble-rouser named Robert Bakiewicz. As he brandishes a crucifix, he shouts that ‘this is what Marxists and lefties are afraid of .’

Bakiewicz, shown in this video calling for a “pure” Catholic theocracy, may well have added “gays”, for right now Poland’s LGBT+ communities are being demonised as never before, with the Roman Catholic Church leading the charge against a minority they claim are forcing their “morally reprehensible behaviour” on the country.

And the Catholic episcopate proposes a solution to the problem: the establishment of clinics to “cure” homosexuals.

According to Notes from Poland, the bishops’ suggestion  is contained in a statement that came during a plenary meeting last week of the Polish Episcopal Conference (KEP), the central organ of the Catholic church in Poland.

In their document, the  Catholic hierarchy said that it is:

Necessary to create clinics (including with the assistance of the church) to help people who want to regain their sexual health and natural sexual orientation.

The bishops admit that this idea:

Stands in clear contradiction to positions regarded as scientific, as well as to so-called ‘political correctness’.

But they say the clinics would help people who realise that their sexuality is:

A symptom of wounds on various levels of their personality and who wish to regain a healthy identity and spiritual harmony.

The bishops, who have played a key role in making Poland the worst country in Europe in which to be gay, then had the gall to call for “respect” of people identifying as LGBT.

The requirement of respect for all people, including people identifying with LGBT+, is entirely correct, and a democratic state with the rule of law should ensure that none of the fundamental rights of these people are violated.

Any acts of physical or verbal violence, any forms of hooligan behaviour and aggression against LGBT+ people are unacceptable.

But the bishops make clear that they believe the fundamental rights of LGBT people do not include anything:

Clearly contrary to human nature and the common good (such as same-sex relationships or the adoption of children by such couples).

The episcopate’s spokesman, Father Leszek Gęsiak, emphasised that the proposed counselling centres would be voluntary, providing:

A place of help if people want and seek it.

However, another priest, Father Jacek Prusak, who is an academic psychologist and deputy rector of the Jesuit University in Kraków, criticised the episcopate. He said:

They are treating the Bible as a psychology textbook and a constitution for all Poles, and this cannot be done.

Prusak adds that, although the episcopate says it has been working on the document for a year, its publication now is not accidental.

It is not only intended to be heard by the faithful in the Church, but also by politicians. The bishops are taking an official position on what is happening in Polish society.

Which is precisely what Robert Bakiewicz and his cohorts want, and it’s music to their ears when they hear religious leaders such as Marek Jędraszewski, the Archbishop of Kraków, above, calling “LGBT ideology” a “plague” and likening it to Bolshevism and Nazism.

While the church’s anti-gay rhetoric delights those on the far right, it’s apparently not doing much to please younger Poles.

The bishops heard at their three-day weekend shindig that the religiosity of young Poles is on the wane, with a growing number not attending catechism classes in schools.

Warned Father Marian Zając, from the Department of Integral Catechetics at the Catholic University of Lublin:

This is a systematic decline. The percentage of deeply religious people is falling. We are number one in the world when it comes to the gap between the faith of parents and that of children.

Parishes must, therefore, revive the evangelisation of whole families, advised Zając, in order to awaken the need to reflect on the relationship with God as the basis for overcoming problems that cannot be solved in any other way.

A recent study by Pew Research Centre found that 69 percent of Poles say God plays an important role in their lives, which was the second highest figure among EU countries surveyed.

The data also showed, however, that the strength of religious belief in Poland has declined significantly. When the same survey was conducted in 1991, 83 percent said that God played an important role in their lives.

Last week Krzysztof, a Polish friend of mine living in Spain, alerted me to that fact that Poland’s Department of Agriculture has become the latest organisation to jump on the anti-LGBT bandwagon, claiming that gays tend to be vegetarians or vegans – and thus part of a community intent on destroying the country’s meat industry.

This is borne out by a 2019 article in Notes from Poland which reported that a 2019 documentary film revealed that while non-meat eaters “may seem innocent,” their stance is in fact an “unethical and immoral ideology” seeking to bring about an “anti-Christian and anti-human revolution” by:

The group behind the film is part of a network of ultra-conservative Catholic organisations that has led campaigns in Poland against a wide range of perceived threats – including environmentalists, homosexuals … and even cyclists!

The report noted that vegetarianism and veganism was on the rise in Poland, but so was opposition to the trend:

Soon after the current conservative Law and Justice (PiS) government came to power, its foreign minister warned of the need to combat the “leftist programme of the previous government,” which followed a “Marxist pattern” of creating “a new mix of cultures and races, a world of cyclists and vegetarians, who use only renewable sources of energy and fight against all forms of religion”.

This “has little in common with traditional Polish values,” he warned.

His words illustrated that, for some on the Polish right, vegetarianism has become bound up in a range of modern, progressive ideas that together threaten the traditional way of life, including Poland’s dominant Catholic faith.

“In some circles, what doesn’t fit the narrow, often national-Catholic approach to the world is referred to as undefined ‘leftism’,” says Klara Siemanowska, the head of marketing at Meatless. “Vegetarianism is perceived as a threat” by those who consider themselves “real Poles, real patriots”.

Early in 2019 three vegan restaurants in Gdańsk were vandalised with neo-Nazi imagery and slogans.

Police quickly arrested three individuals on suspicion of carrying out the attacks, revealing that their apartment had been filled with “fascist symbols and images”.

The content of some of the slogans that appeared on the restaurants – such as “We will fuck up you leftist whores” and “Homo is deviancy” – demonstrated how the avoidance of meat is seen by some as part of a broader progressive threat.

Daniel Jaroć, owner of Faloviec, one of the restaurants that was targeted, said:

It was a very hard time for us. Identifying veganism with ‘leftism’ is stupid, because anyone can become vegan regardless of [their] ideology.

It’s not hard to disagree with Krzysztof when he says that Poland is fast becoming the Iran of Europe. 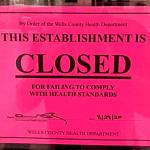 August 30, 2020
Restaurant that offers Bibles to customers shut by health officials
Next Post 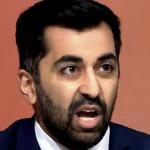