A LAW proposed by Scotland’s Justice Secretary Humza Yousaf, above, has been widely condemned by a wide range of religious and secular organisations. But Atheist Scotland says it could be useful prevent faith leaders from expressing ‘vitriol’ against a variety of groups including trans people and homosexuals.

According to this report, Atheist Scotland’s convenor, Ian Stewart, said in a letter to a local newspaper that group planned to monitor scripture, sermons in places of worship and social media accounts:

And report any hatred to Police Scotland for criminal investigation.

The Christian Institute, which opposes the legislation, warned pulpit pilots:

It could expose church ministers to the risk of prosecution at the instigation of anti-religious zealots.

The law would make “stirring up hatred” against certain groups a criminal offence, even if a person making the remarks had not intended to do so or made them in private. Those found guilty would face up to seven years in jail.

Opponents fear the broadly defined and “vague” term could lead to an avalanche of police investigations.

Groups including the Law Society of Scotland, the Catholic Church and the Scottish Police Federation have already condemned the proposals as an attack on free speech.

The Catholic Church said the legislation created an offence of possessing inflammatory material and expressed concern the “low threshold” to meet this test:

Could render material such as the Bible … as being inflammatory under the new provision.

The Bishops’ Conference of Scotland said their belief that a person’s sex and gender are “not fluid and changeable” may also fall foul of the legislation.

Atheists see some merit in Justice Secretary Humza Yousaf’s Hate Crime Bill, as it will enable the prosecution of all Scotland’s religions and their Holy Books for spreading hatred.

It is utterly unacceptable that in progressive, social democratic Scotland that squalid, Bronze Age village disputes, as described in the Holy Books, about control of women, goats or water should give Scotland’s ‘Holy Willies’ authority to spout out vitriol against atheists, agnostics, apostates, sceptics, non-believers, women, trans people and homosexuals.

Campaigners said that he was at loggerheads with secularists at the National Secular Society, which points out the flaws in the proposed new law here, and the Humanist Society Scotland, which has also raised concerns.

This is a perfect illustration of why the dangerous new ‘stirring up hatred’ offences are such a terrible idea. They will give politically-motivated complainants like Mr Stewart a powerful weapon against their ideological opponents.

Vexatious activists will be able to dial 999 and and accuse someone of stirring up hatred and the police may have no alternative but to investigate.

Revd David Robertson, above, a former moderator of the Free Church of Scotland, said here that Stewart’s letter “illustrates perfectly” why the legislation should not be made law.

Regards any disagreements with any of his fundamental beliefs as self-evident ‘hate’. He is, in effect, saying that we should all be closed down unless we accept his authoritarian morality. 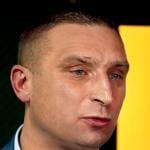 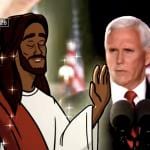 September 1, 2020 Jesus made to look 'silly and vindictive' by CBS
Recent Comments
0 | Leave a Comment
Browse Our Archives
get the latest from
The Freethinker
Sign up for our newsletter
POPULAR AT PATHEOS Nonreligious
1