FURTHER proof that no youngster is ever safe in a religious environment comes from Delaware, where John C Sapp Jr, 34, has been indicted on more than 80 counts of sex abuse arising from sexual relationships he had with two teenage girls who attended his youth group.

Sapp, above, who served as a youth leader at Maranatha Fellowship of Dover, was indicted following a confession to his pastor in February.

Sapp confessed to “inappropriately touching” a minor in a meeting with a pastor on February 13. Following the meeting, another teenager stepped forward claiming sexual abuse.

According to court documents one of the victims told Delaware State Police that she and Sapp had a “secret relationship” that began in October 2017 when she was 15 and ended in June 2019.

The second girl told police that she had had a “secret sexual relationship” with Sapp that went from January 2019 until January of this year, beginning when she was 16 years old.

The sexual acts between Sapp and his two victims allegedly occurred at multiple places, including his house, his truck, the parking lot of the Dover Campus of Delaware Technical Community College, the church property, and even on a youth group camping trip.

Maranatha Fellowship of Dover was founded in 1996 and is affiliated with the Conservative Mennonite Conference.

Sapp preached at least one sermon there in December 2013. 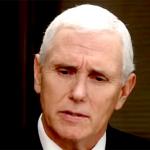 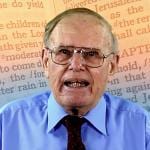 August 29, 2020 UK evangelist: 'Only prayer can deliver us from the Covid-19 crisis'
Recent Comments
0 | Leave a Comment
Browse Our Archives
Related posts from The Freethinker