UK evangelist: ‘Only prayer can deliver us from the Covid-19 crisis’

AN ardent Brexiteer who claimed Britain would be put back on the path to godliness after it left the European Union, has launched a petition calling for Prime Minister Boris Johnson to hold a National Day of Prayer in response to the Covid-19 pandemic.

Evangelist David Hathaway, above, noted that:

Historically only prayer has delivered this nation from a time of crisis, as evidenced in both in the First World War in 1918 and even more so in WWII.

When we have no human answer to the coronavirus which has devastated both health and our economy wew must seek God’s answer.

Hathaway, a former  missionary, also called for the day to be dedicated to praying for the persecuted church.

When even our government accepts that Christians are the most persecuted minority in the world, it is time for us to once again demonstrate our need both nationally and individually for God’s help.

We, the undersigned, request that you call for a National Day of Prayer on a suitable Sunday. That to facilitate this, you allow the churches to be open for prayer and worship without restriction, for this specific and important day.

We ask you to remember and recognise the strong Christian heritage of this nation and the power of prayer, which is greater than any other power on earth.

During the last war King George VI and Parliament called 7 days of Prayer and history shows the result was immediate and incredible – the first Day of Prayer on March 27th 1940 bringing the miracle of Dunkirk, and later, on September 8th 1940, delivering Britain during the Battle of Britain in the air …

While Government and the NHS bring help and can heal the body, only God can bring healing to the inner ‘man’ of soul and spirit, which is the eternal part of ‘man’ and is recognised as suffering increasingly as the result of the pandemic.

At this critical time when the coronavirus – Covid 19 – has not been eliminated, we have economic crisis, uncertainty and great pressure in government and on the whole of society, we believe that only when the nation returns to its spiritual roots and calls upon the God of the Bible, will this nation be restored.

A separate petition was launched in March, also asking the prime minister for a National Day of Prayer. The petition started by Susan Hawkes has received more than 65,600 signatures.

Making it almost impossible to teach our children the truth of the Word of God regarding marriage between one man and one woman and teach the acceptability of sex change to very young children. Under the guise of ‘human rights’ legislation, the EU has also sought to prevent us from openly testifying of our faith in Jesus Christ as the only way of salvation.

We must return to our Judeo/Christian heritage and resist the encroachment of secularism and false religion. One could ask whether the sudden resignation of our Prime Minister [David Cameron] who supported ungodly laws, such as the legalisation of same sex marriage upon our nation, was indeed God’s judgement and a challenge to restore true biblical values not only in politics but also the Church. 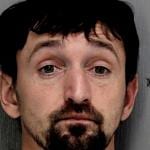 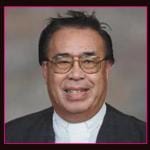 August 29, 2020 Big payout for a woman abused by a 'popular playboy priest'
Recent Comments
0 | Leave a Comment
"Costelloe claims that the 'church can and must also take whatever steps are necessary to ..."
David Cromie ‘Church has changed’ says archbishop after ..."
"I expect the 'holy father' had in mind members of the Roman church, such as ..."
David Cromie Pope Francis: Better to live as ..."
"It hardly matters how you slice and dice it, the fact remains that the man-god ..."
David Cromie Superhero Jesus comic branded ‘blasphemous’ by ..."
"???"
David Cromie Superhero Jesus comic branded ‘blasphemous’ by ..."
Browse Our Archives
Related posts from The Freethinker