FALSELY claiming the Pell was ‘completely vindicated’ of charges relating to sexual abuse  – he was in fact freed on a technicality – the head of a Catholic publishing house that’s about to release Pell’s prison journal has launched a fundraiser for the ‘good’ cardinal.

Faces the ongoing challenge of’ meeting the many legal expenses which were necessary to right the terrible injustice done to him.

Fessio begins his appeal by saying:

I’m confident that our readers are aware of all that Cardinal Pell has done for the Church – in Australia, in the Vatican, and around the world – through his staunch and courageous (and I would add ‘no-nonsense’) leadership. And that you are aware of the campaign of vicious attacks on him which led to the travesty of justice that resulted in his imprisonment for 14 months in solitary confinement.

Thanks be to God that the Australian High Court completely vindicated him in a unanimous 7-0 decision.

Cardinal Pell is a good man, and a good friend personally of mine and of Ignatius Press. Ignatius Press has published his books in the past and will soon be publishing his extraordinary prison journal.

I’ve already read the first half of the journal and it is extraordinary. I think it’s going to be a spiritual classic. The entire journal is about 1000 pages, so we will print it in three or four volumes. With your help, we can proceed with this project and offer Cardinal Pell appropriate advances on these volumes, which he can then use to remove much of the worry he now has about his legal debts.

Now that we’ve won, let’s help Ignatius share the story and let us help Cardinal Pell get out from under this remaining burden.

In reporting on the appeal, right-wing Christian website LifeSiteNews repeats the lie that Pell was “exonerated”, and adds that author George Weigel says in his introduction to the book that it is a “testament” to God’s grace.

Prison Journal is a testament to the capacity of God’s grace to inspire insight, magnanimity and goodness amidst wickedness, evil and injustice. That it was written so beautifully bears witness to the Christian character that divine grace formed in its author, George Cardinal Pell. 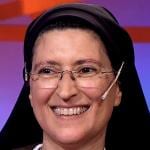 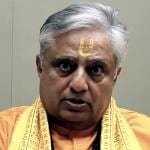 August 21, 2020 Holy cow! Hindu fanatic gets yoga lessons in a pasture banned
Recent Comments
0 | Leave a Comment
Browse Our Archives
get the latest from
The Freethinker
Sign up for our newsletter
POPULAR AT PATHEOS Nonreligious
1