LAST month influential mental health professional and psychology professor Allen Bergin, above – a ‘renowned psychologist’ and former member of the Latter Day Saints Sunday School General Board – revealed that he has two gay sons AND a gay grandson.

The revelation came when Bergin issued an apology for vigorously promoting the notion that LGBT people could experience sexual orientation change through therapy, self-discipline, and heterosexual marriage. Perhaps most infamously, Bergin once suggested that the average gay man had between 500 and 1000 partners.

Though a person may suffer from homosexual inclinations that are caused by some combination of biology and environment, the gospel requires that he or she develop firm self-discipline and make an energetic effort to change. That many former homosexuals have done so and have become successful in marriage and family life shows that people can overcome such problems and live according to gospel principles—even though it may be difficult to do so.

Bergin was quoted in Latter Gay Stories as saying:

As a mental health professional and psychology professor from 1961 until my retirement in 1999, I was among the traditionalists who believed that homosexuality was a disorder and that it could be treated and changed to some degree. I was a professor of some renown at Columbia University and Brigham Young University, and my views have carried influence in some circles.

I regret being part of a professional, religious, and public culture that marginalized, pathologized, and excluded LGBT persons. As a father of two gay sons and grandfather of a gay grandson, I’ve been given a personal education that has been painful and enlightening.

To the general public, I say – Stop. Listen. Learn. Love. To myself, my posterity, my colleagues, my fellow church members, and my political leaders, I say – apologize and compensate those of God’s children who have been afflicted by our treatment of them when they should have been embraced and loved. Give them their rightful place in society and in church so they may be nurtured and progress in their spiritual, social, and professional lives.

We are all children of the same Heavenly Parents, who I believe love and value all their children, regardless of sexual orientation, and who grant each of us the same opportunity to receive Jesus Christ’s Grace. I will continue my efforts for the rest of my days to receive that Grace for myself and to point others toward His healing and redeeming power.

Responding at the weekend to that astounding apology, Tyler Lefevor, PhD, above – an Assistant Professor of Ppsychology at Utah State University – said:

As a queer psychologist and former member of the LDS church, I am impressed with the courage it must have taken for Bergin to publicly apologize for the harm that he has done.

We now know that the majority of LGBT people do not report changes in their sexual orientation through therapy or other change techniques. Indeed, many report that these efforts – like the ones Bergin initially proposed as cures for homosexuality – have been harmful.

Bergin had a successful career from the 1960s through the late 1990s, studying theistic values and the role of religion and spirituality in psychotherapy. He was president of the Association of Mormon Counselors and Psychotherapists and respected for his ability to bridge psychotherapeutic and LDS communities.

At the same time, Bergin engaged in devoted service to the Church of Jesus Christ of Latter-day Saints, serving as a bishop, stake president, and Church Education System missionary.

For most of his career, Bergin opposed LGBT rights.

Perhaps for you and me, instead of worrying about whether sexual orientation change is plausible or even desirable, we can ask ourselves if we have taken the time to stop, listen, learn, and love.

August 9, 2020 Too fat to fit? UK church's plan for obese couples sparks fury
Recent Comments
0 | Leave a Comment
"For an intelligent, educated person Dawkins often comes across as an ignorant, thoughtless man. It's ..."
Michael Neville Leading Irish atheist wades into the ..."
"Thanks for making that very valid point, Michael. A while back I wrote a column ..."
Barry Duke Leading Irish atheist wades into the ..."
"Especially with (in the US, anyway) terrible insurance coverage for mental health issues and exorbitant ..."
CVP Pastor who led substance abuse services ..."
"They are, at the very least, better than nothing for people who can't afford anything ..."
Raging Bee Pastor who led substance abuse services ..."
Browse Our Archives
get the latest from
The Freethinker
Sign up for our newsletter
POPULAR AT PATHEOS Nonreligious
1 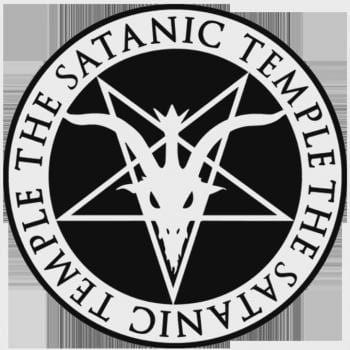 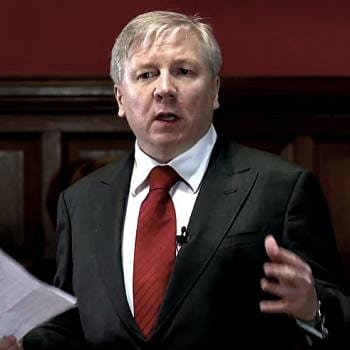 Nonreligious
US anti-abortion fanatics are now targeting clinics in...
The Freethinker
TRENDING AT PATHEOS Nonreligious