A SURVIVOR of clerical abuse, and now the Mississippi coordinator of the Survivors Network of those Abused by Priests (SNAP), has blasted the Jackson Diocese and a Franciscan order over paltry compensation payments made to two black men who were abused by a friar in the 1990s.

Mark Belenchia, above, was commenting on the settlements made to La Jarvis Love and Joshua Love who suffered abuse at the hands of Paul A West.

The former Franciscan friar and fourth-grade teacher has been extradited from Wisconsin to Mississippi to faces sexual battery charges.

Belenchia, whose abuse by a Catholic priest began when he was around 13 and lasted for three years, said of the settlements:

The men making the allegations, La Jarvis Love and Joshua Love, both 37, are cousins who grew up together and encountered West in the 1990s, when he was a teacher and later the principal at the St. Francis of Assisi School in Greenwood, Mississippi.

Three years ago, the cousins reported that West sexually assaulted them on school grounds and on road trips, including one to a New York summer camp established by the Franciscans, a Roman Catholic religious order.

As The Associated Press first reported, nearly two years ago La Jarvis Love and Joshua Love each agreed to settle their claims for $15,000 – far less than most clergy abuse victims receive.

A third man, Joshua’s younger brother, Raphael, also alleged West sexually abused him and reported the abuse to church authorities in 1998, after which West returned to Wisconsin. Raphael Love rejected a settlement similar to those signed by his brother and cousin.

In November, La Jarvis Love and Joshua Love filed a lawsuit in federal district court in New York, claiming the Franciscans pressured them into signing low-ball settlements that required their silence about their allegations. At the time they signed the settlements, they were not represented by an attorney.

“They felt they could treat us that way because we’re poor and we’re Black,” Joshua Love told the AP.

Father James Gannon, the leader of a Wisconsin-based group of Franciscan Friars, negotiated the settlements. Last summer, he denied that racism or the Loves’ poverty were factors in the amount of money offered . “Absolutely not,” he told the AP.

In 2006, the Catholic Diocese of Jackson, which includes Greenwood, settled lawsuits covering 19 victims — 17 of whom were white – for $5 million. That average payout of $263,000 for each survivor is 17 times that offered to each of the Loves. Payments in more recent settlements nationally have ranged far higher.

Gannon also attempted to negotiate a similar agreement with Raphael Love, Joshua Love’s younger brother, who is serving two life sentences in a Tennessee prison for a double homicide he committed as a juvenile. Raphael Love refused Gannon’s offer because, he said, the amount was not enough to hire a criminal attorney willing to argue that he deserves a new trial.

West, 60, did not contest his extradition at a hearing in Outagamie Country, Wisconsin on August 17. He arrived at the Leflore County Jail in Greenwood, Mississippi, earlier this week following an investigation by the Mississippi Attorney General’s public integrity division.

West also has been charged with second-degree sexual assault of a child in Wisconsin. 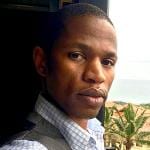 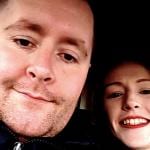 September 5, 2020 'Doomsday' terror suspect applies to access online church services
Recent Comments
0 | Leave a Comment
"Costelloe claims that the 'church can and must also take whatever steps are necessary to ..."
David Cromie ‘Church has changed’ says archbishop after ..."
"I expect the 'holy father' had in mind members of the Roman church, such as ..."
David Cromie Pope Francis: Better to live as ..."
"It hardly matters how you slice and dice it, the fact remains that the man-god ..."
David Cromie Superhero Jesus comic branded ‘blasphemous’ by ..."
"???"
David Cromie Superhero Jesus comic branded ‘blasphemous’ by ..."
Browse Our Archives
Related posts from The Freethinker