A REPORT I posted last month about women being harassed and abused outside abortion clinics by ‘pro-lifers’ prompted Robert Colquhoun, above, the International Director at 40 Days for Life, to accuse me in an email of publishing an item ‘riddled with inaccuracies.’

The problem with publishing these sorts of articles is that you are inciting religious hatred through factual inaccuracies in the country. The vigils we organise are simply peaceful, prayerful and legal.

After I pointed out that the main source of my report was The Independent, he responded by sending me a copy of a letter he sent to the newspaper. In it he claimed that “the boot was on the other foot” and that, in fact, it was the anti-abortionists who were being harassed and abused.

Well, Manchester City Council clearly didn’t agree, and this week approved a safe zone around an abortion clinic in Fallowfield to protect service users from harassment.

Sister Supporter Manchester, a pro-choice, anti-harassment group, had been campaigning for a safe zone at this Clinic for two years. It said in a statement:

This news will come as a great relief to clinic users and staff who have had to endure years of harassment and intimidation from anti-abortion protestors. The distress and trauma that has been caused by these protestors over the years can never be undone, but we are hopeful that this new measure will provide adequate protection for those accessing the clinic from now on.

While this new Safe Zone will protect everyone coming to the Fallowfield clinic in the future, the vast majority of abortion clinics around the country will unfortunately remain defenceless and will still be exposed to the kind of intimidation and harassment we’ve witnessed over the years. It’s time for the UK government to legislate for Safe Zones for all registered abortion care providers in the UK, and we won’t stop campaigning until this becomes a reality.

The Public Spaces Protection Order (PSPO) comes into effect today (Friday) around the Marie Stopes Clinic on Wynnstay Grove. There will be a six-week appeals period for parties to challenge its implementation. 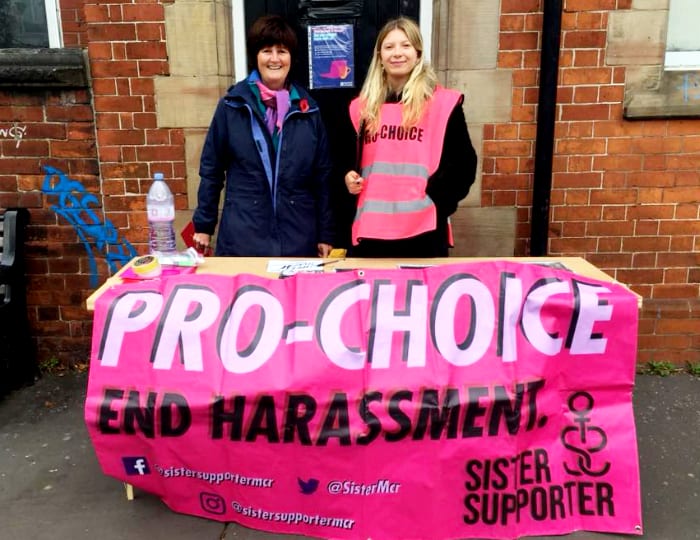 In 2018, Sister Supporter said in a Facebook message accompanying the photo above that:

The organisation’s message was echoed by the Managing Director of Marie Stopes UK, Richard Bentley, who  called the development a “huge victory” for those in Manchester, but highlighted the need for more protest restrictions at abortion clinics nationwide.

The fact is whether it’s one woman being harassed or 1,000, it’s still too many. It is time for the UK government to end the postcode lottery of harassment and legislate for Safe Access Zones outside all registered abortion care providers in the UK.

The PSPO will ban people from protesting in the area surrounding the clinic. It is the third safe zone to be introduced around an abortion clinic in the UK.
The development comes after an investigation by the Council found reports of intimidating behaviour towards users and staff outside the clinic. This included ‘abusive language’, ‘displays of graphic images’ and the ‘throwing of holy water’ towards those accessing the building.

Colquhoun reacted by telling the Christian Institute that the vigils had been “peaceful, prayerful and legal” and that 40 Days for Life  would comply with the law, it would continue praying outside the buffer zone instead.

Colquhoun is also praying for me. In a follow-up email sent to me on October 2, he wrote:

I feel really sorry for you. How wonderful and amazing it would be for you to meet the living God.  Why not say a prayer now: ‘God, if you are real, reveal yourself to me.’ I am going to be praying for you.

Pray for me, I’ll think for you as you apparently are unable to do so for yourself. That’s a common failing of people who get their brains turned to porridge by Christianity, the foulest disaster ever to have befallen humankind in the last 2,000 years.

When Colquhoun asked me why I thought Christianity was such a disaster, I replied:

Because I grew up in a Christofascist state – Apartheid South Africa – and saw unspeakable acts of violence inflicted on the majority black population by Bible-believing Christians. I witnessed a black man being beaten unconscious with heavy Bibles by a group of churchgoers because he had the audacity to walk on a “white man’s pavement.” Take the trouble to read how Apartheid was spawned by the Bible.

I saw, and continue to see, members of the LGBT population (myself included) being demonised by Christians who harbour the ridiculous notion that gays can be ‘cured.’ I regularly report on children raped by priests. I see countries like Hungary and Poland become theocratic basket cases. In the 60 years from the day I embraced atheism, I have never seen ANY redeeming features of a religion that preaches love but only ever metes out hatred. Religion of all stripes robs people of their critical faculties and impairs their brains (latest example here).

You claim that I need to grow up. No, it’s you that needs to climb out from under your boulder of juvenile ignorance. You are far too old to have invisible friends. You claim that Christianity changed your life. That I am prepared to believe: it’s turned you into a mindless zealot who would rather stand like a dummy outside an abortion clinic rather than vigorously support campaigns for comprehensive sex education that would drastically cut abortion numbers.

Christianity has stunted human development to a horrifying degree. Why, ask yourself, are the most humane, progressive and wealthiest countries on earth – ranging from Sweden to New Zealand – the most godless, and the poorest and most religious are nothing better than backward shitholes.

I have devoted more than half a century to helping people escape the pernicious influences of religion. If you think that, aged 73, I will abandon that commitment for a life of superstition, stupidity, wishful thinking and utter joylessness, you are far crazier than I thought when you first made contact with me.

That’s my last word on the subject. Please do not attempt to engage with me in any form again in future. I have better things to do with my life than to communicate with fools who believe in talking asses, zombies and other biblical bullshit.

That seemed to shut him up … 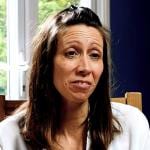 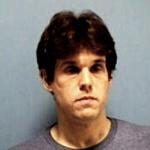 October 9, 2020 Three-on-an-altar sex romp: priest and two women arrested
Recent Comments
0 | Leave a Comment
"Just because it says in their stupid, bigoted, book that homosexuality is wrong, does not ..."
PD ‘Expert’ theological testimony rejected AGAIN in ..."
"Much like the Biblical assertions that the Earth is the center of the universe have ..."
Thanks4AllTheFish ‘Expert’ theological testimony rejected AGAIN in ..."
""Being Christians, the Hordyks believe that God’s plan for sexuality is within marriage between a ..."
C Nault Meet the Christian couple who believe ..."
"I thought of an exception to my statement. When the sermon is directly relevant to ..."
WMDKitty -- Survivor ‘Expert’ theological testimony rejected AGAIN in ..."
Browse Our Archives
get the latest from
The Freethinker
Sign up for our newsletter
POPULAR AT PATHEOS Nonreligious
1 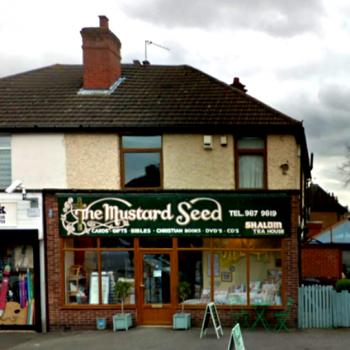 The Internet gives doubters a home
Perhaps 65 million U.S. adults now say their religion is “none.” However,...
view all Nonreligious blogs
What Are Your Thoughts?leave a comment
Copyright 2008-2020, Patheos. All rights reserved.