‘Hostility to religion’ and secularism is driving down birth rates

‘Hostility to religion’ and secularism is driving down birth rates November 16, 2020 Barry Duke

PHILIP Jenkins, above, a professor at Baylor – a Christian University in Texas University – last week said in a ‘Faith and Fertility’ lecture that the world would be two billion people better off if secularism hadn’t begun driving down birth rates from the 1970s onward.

Jenkins, who claimed in lecture in 2014 that the world was succumbing to the “British disease” of secularism – and that by 2100 countries such as Britain, Ireland, Canada and New Zealand would have no religion at all – said that even in the Islamic Republic of Iran people were becoming more secular and having fewer children.

According to The Christian Post, Jenkins pointed out that in the 1980s, a typical Iranian woman had seven children in her lifetime. At present, the rate hovers at 1.5-1.6, about the same level as Canada . This, he said, is a source of great concern to the the head of the Iranian Revolutionary Guard who complained that of the 60,000 mosques in the nation, only around 3,000 are actively attended.

Low-fertility societies are more likely to be hostile to religion, Jenkins added.

Once you separate the idea of family, once you separate sexuality and reproduction, people become a lot less willing to have churches or religious institutions tell them what to do with their personal lives.

Jenkins also noted that if you told him the fertility rate of any given country it would be fairly easy to say whether that nation allows legal same-sex unions, surmise its attitudes toward faith and religion, and how strong its religious institutions are.

He said that when “religiously-informed ethics” break down, political campaigns subsequently arise to promote such things as abortion or euthanasia.

A low-fertility, secularised society is more inhospitable to efforts of churches and religious institutions to push back, and are often prone to believing the worst charges about faith-based organisations and institutions.

Jenkins went on to describe how one of the largest shifts in consciousness in his lifetime was from the belief that there was going to be a population explosion. What happened was the reverse.

To put it crudely, we have lost 2 billion people since then [the 1970s] from what was projected versus what we’ve actually got. This is happening because so many people in Latin American and Asia gave up having traditional ‘third world’ population growth rates and suddenly became Danish.

His referred to Denmark because, in the 1960s, the fertility rate in Denmark began to drop below replacement level as the country became more secular.

Population rates that many considered Scandinavian have spread around the world. Half of the states in India now have half the replacement level fertility rates.

Jenkins also pointed out that projections had shown that by 2050 the global population would be 11 billion, but it’s more likely that the figure will be approximately just nine billion.

The United States has been somewhat of an anomaly in that it’s a developed nation but remains highly religious and had a relatively high fertility rate. In the last decade, however, it has secularised significantly and the fertility rate has also plummeted. Those who are known as “nones” – people who no longer affiliate with any particular faith tradition – have grown sharply.

The proportion of ‘nones’ in the US has risen very dramatically in the last 10 to 15 years in exactly the same period that the fertility rate has dropped. And the three largest religious communities in the US right now are evangelicals, Catholics, and ‘nones’. And within just a year or two, the ‘nones’ are going to be the largest of those three groups. That is a stunning change in a very short time.

The US is also culturally divided and it’s easily predictable that states with high fertility rates and high faith practice vote Republican and low-fertility and low faith states vote Democrat, he explained.

Fertility is an extremely good predictor of religious behavior and the political behavior that grows out of it, particularly in an age of culture wars.

And he warned that secularisation can occur very rapidly, and offered the example of the Netherlands. It was once known for its strong religiosity in the 1940s and 19050s, but that changed by the 1980s. The Dutch have since become one of the most secular nation on the planet.

Is that the fate of the United States? I don’t know.

He noted that it’s possible that the COVID-19 pandemic might accelerate the secularisation process. 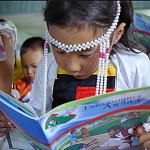 November 17, 2020 Christian cafe warned COVID-19 enforcers not to 'trespass'
Recent Comments
0 | Leave a Comment
Browse Our Archives
get the latest from
The Freethinker
Sign up for our newsletter
POPULAR AT PATHEOS Nonreligious
1