A KANSAS  school only woke up to the fact that Operation Christmas Child, run by evangelist Franklin Graham’s Samaritan’s Purse, was a shameless exercise in proselytising after it received a warning letter from the Freedom From Religion Foundation (FFRF).

According to The Christian Post, Tony Helfrich, Superintendent of Pratt School District, said in a reply to the FFRF:

Regarding our students’ participation in ‘Operation Christmas Child,’ we are discontinuing that effort upon learning that its mission is more sectarian in nature than we realized.

The FFRF complaint concerned the distribution of shoe boxes filled with gifts, including Christian “literature”, by Liberty Middle School.

Must cease participation in Operation Christmas Child or taking any other actions promoting Christianity like including religious references over morning announcements … many egregious constitutional violations are occurring at the school.

Operation Cristmas Child ensures the propaganda boxes filled are sent to children in more than 160 nations.

A lot of these groups rely on school authorities being ignorant about their mission. We appreciate how swiftly the district discontinued the fundraising after our alert.

In a recent interview with The Christian Post, Billy Graham’s grandson, Edward Graham, above, said shoe boxes filled with gifts were reaching more children and “unreached people” with the Gospel than the massive global evangelistic events his grandfather held over decades.

And it argued that the use of:

School staff and resources to convert people to Christianity violates basic constitutional principles. While it is laudable for a public school to promote student involvement in the community by volunteering and donating to charitable organizations, the school cannot use that goal as an avenue to fund a religious organization with a religious mission.

Certainly, there are other secular nonprofit organizations that offer charitable opportunities.

Samaritan’s Purse says it has for over 40 years:

Done our utmost to follow Christ’s command by going to the aid of the world’s poor, sick, and suffering. We are an effective means of reaching hurting people in countries around the world with food, medicine, and other assistance in the Name of Jesus Christ. This, in turn, earns us a hearing for the Gospel, the Good News of eternal life through Jesus Christ.

In the spring of 2016, Samaritan’s Purse held an outreach event for the Himba people, an “unreached” group in the village of Opuwo, which sits on the border of Angola and Namibia in Africa.

The Himba tribe consists of 50,000 semi-nomadic people who live in a region across Southern Angola to Northern Namibia. Before the shoe box distribution, the people of Ombaka mostly practiced ancestral worship and were “resistant” to the Gospel message, with less than 3 percent of people professing to be Christian.

Following an Operation Christmas Child outreach event that hosted 130 children in the village, 46 children and six young adults wanted to continue to learn more about Jesus.

There’s a bit of a ding-dong going on in The Christian Post‘s comment section. Someone called John Whittle asked:

Why should an atheist group poke their nose into other peoples’ affairs who are doing a lot of good for society thinking they have the right to oppose the good work? Who do they think they are? It’s none of their business what anyone else is doing?

A public school violating the religious rights of students is NOT ‘poking their nose into other peoples’ affairs’, it’s stopping the government from ignoring the constitution, which is EVERYONE’S business. They are opposed to the government unlawfully using schoolchildren to proselytize Christianity.

If anyone is poking its nose into other’s affairs it’s Samaritan’s Purse. The report even gives an example of how native beliefs and culture in Namibia had been wrecked by this foul outfit, reporting it as if it were a Good Thing. 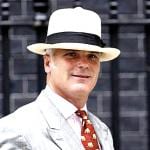 November 15, 2020
Appalling: Brits don't give a damn about COVID-19 church closures
Next Post 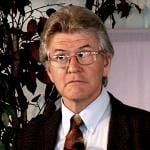 November 16, 2020 'Hostility to religion' and secularism is driving down birth rates
Recent Comments
0 | Leave a Comment
Browse Our Archives
get the latest from
The Freethinker
Sign up for our newsletter
POPULAR AT PATHEOS Nonreligious
1