A JUDGE at the Old Bailey in London ordered a man accused of stirring up racial hatred out of his courtroom this week after he noticed the accused was wearing a Nazi armband.

According to this report, Matthew Henegan, 35, faces seven charges of publishing, distributing and possessing anti-Semitic coronavirus hoax material on the Internet.

Henegan is also  accused of distributing  leaflets around St Neots in Cambridgeshire where he lives, as well as possessing a document entitled How To Make Armour Piercing Bullets containing information likely to be useful to terrorism.

The defendant, who is on bail, appeared before Mr Justice Sweeney wearing dark glasses, a hairband and a red swastika armband. The judge asked lawyer Harry Grayson: “Can you see what he’s wearing?”, before sending the defendant out of the courtroom.

Henegan was allowed to return after donning a large blue padded jacket that hid the swastika.

He stood in the dock to confirm his name and date of birth.

Mr Justice Sweeney set a pre-trial hearing date of March 12; with a provisional trial at the Old Bailey on November 8 next year.

The defendant was granted continued bail. 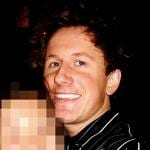