Born around this date (according to Christian mythology): Jesus 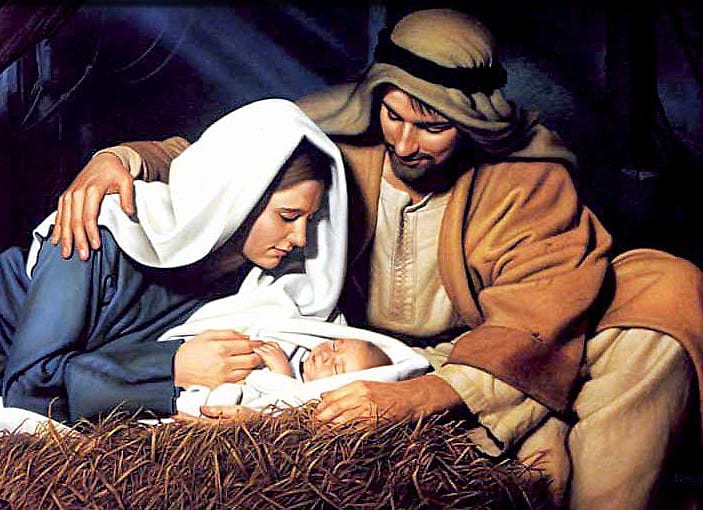 The Incarnation will be pondered to the accompaniment of roast beef, and the Atonement will play lambently around the solid richness of plum-pudding. And thus will be illustrated the biological truth that the stomach is the basis of everything, including religion.

But while Christians comport themselves thus in presence of the subtlest mysteries of faith, the Sceptic cannot be without his peculiar reflections. He, of course, knows that the festal observance of this season is far more ancient than Christianity; but he naturally wonders how people, who imagine it to be a unique feature of their sublimely spiritual creed, remain contented with its extremely sensual character.

They profess to believe that the fate of the whole human race was decided by the advent of the Man of Sorrows; yet they commemorate that event by an unhealthy consumption of the meat which perisheth, and a wild indulgence in the frivolous pleasures of that carnal mind which is at enmity with God.

Astonished at such conduct, the Sceptic muses on the inconsistency of mankind. He may also once more consider the circumstances of the birth of Christ and its relation to the history of the modern world.

Jesus, called the Christ, is popularly supposed to have been of the seed of David, from which it was promised that the Messiah should come. It is, however, perfectly clear that he was in no-wise related to the man after God’s own heart His putative father, Joseph, admittedly had no share in bringing him into the world; for he disdained the assistance of a father, although he was unable to dispense with that of a mother.

But Joseph, and not Mary, according to the genealogies of Matthew and Luke, was the distant blood relation of David; and therefore Jesus was not of the seed of the royal house, but a bastard slip grafted on the ancient family-tree by the Holy Ghost.

It is a great pity that newspaper correspondents did not exist in those days. Had Joseph been skilfully “interviewed,” it is highly probable that the world would have been initiated into his domestic secrets, and enlightened as to the paternity of Mary’s eldest son. The Holy Ghost is rather too shadowy a personage to be the father of a lusty boy, and no young lady would be credited in this age if she ascribed to him the authorship of a child born out of wedlock.

Most assuredly no magistrate would make an order against him for its maintenance. Even a father of the Spiritualist persuasion, who believed in what is grandly called “the materialisation of spirit forms,” would probably be more than dubious if his daughter were to present him with a grandson whose father lived on the other side of death and resided in a mansion not made with hands.

It is, we repeat, to be for ever regretted that poor Joseph has not left his version of the affair. The Immaculate Conception might perhaps have been cleared up, and theology relieved of a half-obscene mystery, which has unfortunately perverted not a few minds.

The birth of Jesus was announced to “wise men from the East” by the appearance of a singular star. Is not this a relic of astrology? Well does Byron sing —

“Ye stars! which are the poetry of heaven,
If in your bright beams we would read the fate
Of men and empires, ’tis to be forgiven,
That in our aspirations to be great
Our destinies o’erleap their mortal state,
And claim a kindred with you; for ye are
A beauty and a mystery, and create
In us such love and reverence from afar
That fortune, fame, power, life,
Have named themselves a star.”

But this star was the most wonderful on record. It “went before” the wise men, and “stood over where the young child was.” Such an absurdity could be related and credited only by people who conceived of the sky as a solid vault, not far distant, wherein all the heavenly bodies were stuck. The present writer once asked an exceedingly ignorant and simple man where he thought he would alight if he dropped from the comet then in the sky. “Oh,” said he, naming the open space nearest his own residence, “somewhere about Finsbury Circus.”

That man’s astronomical notions were very imperfect, but they were quite as good as those of the person who seriously wrote, and of the persons who seriously believe, this fairy tale of the star which heralded the birth of Christ.

Luke’s version of the episode differs widely from Matthew’s. He makes no reference to “wise men from the East,” but simply says that certain “shepherds” of the same country, who kept watch over their flock by night, were visited by “the angel of the Lord,” and told that they would find the Savior, Christ the Lord, just born at Bethlehem, the City of David, “wrapped in swaddling clothes and lying in a manger.”

Luke does not, as is generally supposed, represent Mary as confined in a stable because Joseph was too poor to pay for decent accommodation, but because “there was no room for them in the inn.”

It is perfectly consistent with all the Gospel references to Joseph’s status to assume that he carried on a flourishing business, and Jesus himself in later years might doubtless have earned a good living in the concern if he had not deliberately preferred to lead the life of a mendicant preacher. This, however, is by the way. Our point is that Luke says nothing about the “star” or the “wise men from the East,” who had an important interview with Herod himself; while Matthew says nothing about the “manger” or the shepherds and their angelic visitors.

Surely these discrepancies on points so important, and as to which there could be little mistake, are enough to throw discredit on the whole story.

It is further noticeable that Luke is absolutely silent about Herod’s massacre of the innocents. What can we think of his reticence on such a subject? Had the massacre occurred, it would have been widely known, and the memory of so horrible a deed would have been vivid for generations.

Matthew, or whoever wrote the Gospel which bears his name, is open to suspicion. His mind was distorted by an intense belief in prophecy, a subject which, as old Bishop South said, either finds a man cracked or leaves him so. After narrating the story of Herod’s massacre, he adds: “Then was fulfilled that which was spoken by Jeremy, the prophet, saying,” etc. Now, he makes similar reference to prophecy no less than five times in the first two chapters, and in each case we find that the “prophetical” utterance referred to has not the faintest connexion with the incident related.

Besides, a man who writes history with one eye on his own period, and the other on a period centuries anterior is not likely to be veracious, however earnestly he may intend to. There is an early tradition, which is as strong as any statement about the history of the Primitive Church, that Matthew’s Gospel was originally written in Hebrew; and it has been supposed that the writer gratuitously threw in these references to Jeremy and others, in order to please the Jews, who were extremely fond of prophecy.

But this supposition is equally fatal to his credibility as an historian. In any case, the Evangelists differ so widely on matters of such interest and importance that we are constrained to discredit their story. It is evidently, as scholarship reveals, a fairy tale, which slowly gathered round the memory of Jesus after his death. Some of its elements were creations of his disciples’ fancy, but others were borrowed from the mythology of more ancient creeds.

Yet this fairy tale is accepted by hundreds of millions of men as veritable history. It is incorporated into the foundation of Christianity, and every year at this season its incidents are joyously commemorated. How slowly the world of intelligence moves! But let us not despair. Science and scholarship have already done much to sap belief in this supernatural religion, and we may trust them to do still more. They will ultimately destroy its authority by refuting its pretensions, and compel it to take its place among the general multitude of historic faiths.

If Jesus was the Christ, the Messiah, the Deliverer, why is the world still so full of sin and misery? The Redeemer has come, say the Christians. Yes, we reply, but when will come the redemption?

Apostrophising Jesus in his lines “Before a Crucifix,” Mr. Swinburne reminds him that “the nineteenth wave of the ages rolls now usward since thy birth began,” and then inquires:—

“Hast thou fed full men’s starved-out souls,
Or are there less oppressions done
In this wide world under the sun?”

Only a negative answer can be given. Christ has in no wise redeemed the world. He was no god of power, but a weak fallible man like ourselves; and his cry of despair on the cross might now be repeated with tenfold force. The older myth of Prometheus is truer and more inspiring than the myth of Christ. If there be gods, they have never yielded man aught of their grace. All his possessions have been cunningly, patiently, and valorously extorted from the powers that be, even as Prometheus filched the fire from heaven.

In that realm of mythology, whereto all religions will eventually be consigned, Jesus will dwindle beneath Prometheus. One is feminine, and typifies resigned submission to a supernatural will; the other is masculine, and typifies that insurgent audacity of heart and head, which has wrested a kingdom of science from the vast empire of nescience, and strewed the world with the wrecks of theological power.

Editor’s note: This piece by G W Foote, who founded The Freethinker in 1881, appeared in Arrows of Freethought, published in 1882. 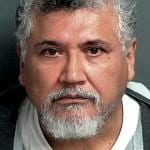 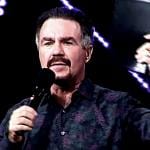 December 19, 2020 High flying 'Lamb of God' shamed into returning COVID-19 cash
Recent Comments
0 | Leave a Comment
"Costelloe claims that the 'church can and must also take whatever steps are necessary to ..."
David Cromie ‘Church has changed’ says archbishop after ..."
"I expect the 'holy father' had in mind members of the Roman church, such as ..."
David Cromie Pope Francis: Better to live as ..."
"It hardly matters how you slice and dice it, the fact remains that the man-god ..."
David Cromie Superhero Jesus comic branded ‘blasphemous’ by ..."
"???"
David Cromie Superhero Jesus comic branded ‘blasphemous’ by ..."
Browse Our Archives
Related posts from The Freethinker