Faith-heads conflicted over the morality of Covid-19 vaccines

IN mid-December, evangelist Franklin Graham, above, thanked God, Trump and Mike Pence for the roll-out of a COVID-19 vaccine – and was immediately slammed by anti-vaxxer imbeciles saying things such as ‘the vaccine is evil just like the demon covid’ and ‘the number of the beast is the C-19 Toxins Vaccines.’

This reaction was a reflection of what Deutsche Welle (DW) described last week as a “polarising” issue:

Among the evangelical right-wing community. Rumors about malicious misuse of the vaccine and mass conspiracies have been cultivated through social media platforms — and continue to be promoted by some church leaders.

Myths suggesting the virus is a coverup for billionaire Bill Gates to implant trackable microchips into people have spread online. Others assert unfounded claims that Dr. Anthony Fauci, the head of the National Institute of Allergy and Infectious Diseases, helped plan the coronavirus pandemic for his personal benefit. The misinformation was peddled by a video pushing the so-called ‘Plandemic’ conspiracy theory, which quickly spread to conservative corners of the web.

Catholics too have grave reservations about vaccines – but their concerns are more about the use of foetal tissue than ‘Beastly Marks.’ Nevertheless, there are Catholic leaders who are more than happy to help evangelicals spread all manner of wacky conspiracy theories. Cardinal Raymond Burke, above, is one.

Burke – who sits on the Church’s Supreme Tribunal of the Apostolic Signatura, the highest judicial authority in the Catholic Church – spewed this baloney in a December 14 homily:

Then there is the mysterious Wuhan virus about whose nature and prevention the mass media daily give us conflicting information. What is clear, however, is that it has been used by certain forces, inimical to families and to the freedom of nations, to advance their evil agenda. These forces tell us that we are now the subjects of the so-called ‘Great Reset,’ the ‘new normal,’ which is dictated to us by their manipulation of citizens and nations through ignorance and fear.

The previous month, another Catholic bigwig and Trumpite, Carlo Maria Viganò, launched an attack against those behind pandemic lockdowns across the globe, warning Trump of the coming “Great Reset”, the architects of which are:

A global élite that wants to subdue all of humanity, imposing coercive measures with which to drastically limit individual freedoms and those of entire populations. The purpose of the Great Reset is the imposition of a health dictatorship aiming at the imposition of liberticidal measures, hidden behind tempting promises of ensuring a universal income and cancelling individual debt.

After receiving what they said were “several requests for guidance” on the morality of the use of COVID-19 vaccines developed with cells derived from aborted fetuses, the Vatican’s doctrine office issued an explanatory note Monday giving the green light.

The vaccines in question are the Pfizer-BioNTech and Moderna vaccines, which both used cell lines derived from fetuses aborted in the last century during confirmatory testing, but not in design, development, or production.

The Pfizer vaccine, approved for emergency use by the Food and Drug Administration Dec. 11, is already being administered in the United States. Top Catholic figures such as Archbishop Thomas Wenski of Miami have already received it. The Moderna vaccine was given emergency approval Dec. 18 and dosages are shipping today.

Several bishops’ conferences, including those in the United States and the United Kingdom, have issued individual statements on the morality of using the vaccines given their link to abortion, saying they consider the connection to be remote enough from the initial abortion that it is morally acceptable to receive it.

The Congregation insists that while  it judges the use of the vaccines as “morally licit given the circumstances,” the green light does not amount to an approval of abortion itself, or the use of cell lines derived from aborted foetuses in scientific testing.

Both pharmaceutical companies and governmental health agencies are:

Encouraged to produce, approve, distribute and offer ethically acceptable vaccines that do not create problems of conscience for either health care providers or the people to be vaccinated.

For those who refuse to receive the vaccine for reasons of conscience, the Vatican said they are free to do so, but on the condition that they:

Must do their utmost to avoid, by other prophylactic means and appropriate behavior, becoming vehicles for the transmission of the infectious agent. In particular, they must avoid any risk to the health of those who cannot be vaccinated for medical or other reasons, and who are the most vulnerable.

While evangelicals and Catholics are getting their panties in a twist over “demonic” influences and aborted foetal material there is a major concern that Muslims will refuse vaccines that aren’t certified halal (permissible under Islamic law). According to this report, pork-derived gelatin has been widely used as a stabiliser to ensure vaccines remain safe and effective during storage and transport.

In the past, Muslims have shunned such vaccines. For example, in 2018, the Indonesian Ulema Council, the Muslim clerical body that issues certifications that a product is halal decreed that the measles and rubella vaccines were haram, or unlawful, because of the gelatin. Religious and community leaders began to urge parents to not allow their children to be vaccinated.

A decree was later issued by the Muslim clerical body saying it was permissible to receive the vaccine, but cultural taboos still led to continued low vaccination rates.

The majority consensus from past debates over pork gelatin use in vaccines is that it is permissible under Islamic law, as “greater harm” would occur if the vaccines weren’t used, said Dr Harunor Rashid, an associate professor at the University of Sydney.

There’s a similar assessment by a broad consensus of religious leaders in the Orthodox Jewish community as well.

Said Rabbi David Stav, above, Chairman of Tzohar, a rabbinical organisation in Israel:

According to the Jewish law, the prohibition on eating pork or using pork is only forbidden when it’s a natural way of eating it. If it’s injected into the body, not [eaten] through the mouth then there is no prohibition and no problem, especially when we are concerned about sicknesses.

In Malaysia, where the halal status of vaccines has been identified as the biggest issue among Muslim parents, stricter laws have been enacted so that parents must vaccinate their children or face fines and jail time. In Pakistan, where there has been waning vaccine confidence for religious and political reasons, parents have been jailed for refusing to vaccinate their children against polio.

“It could be disastrous” if there is not strong community engagement from governments and health care workers, he said.

In Indonesia, the government has already said it will include the Muslim clerical body in the COVID-19 vaccine procurement and certification process. Indonesian President Joko Widodo said in October:

Public communication regarding the halal status, price, quality and distribution must be well-prepared.

While health care workers on the ground in Indonesia are still largely engaged in efforts to contain the virus as numbers continue to surge, Dr Waqar said government efforts to reassure Indonesians will be key to a successful immunisation campaign as COVID-19 vaccines are approved for use.

But, he said, companies producing the vaccines must also be part of such community outreach.

The more they are transparent, the more they are open and honest about their product, the more likely it is that there are communities that have confidence in the product and will be able to have informed discussions about what it is they want to do Because, ultimately, it is the choice of individuals.

Note: After thanking the “Holy Trinity” for a vaccine, Graham credited The Almighty for parachuting Trump into the White House, which the President then effectively used as a platform to bring “Merry Christmas!” back to America. Graham intimated that Trump had restored something godless grinches had been working assiduously to abolish.

I’m thankful that the president stood against the secularists who wanted to take Christ out of Christmas and that he brought back the greeting ‘Merry Christmas!’ 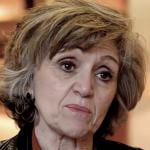 December 20, 2020
Spain set to provide euthanasia as a health system 'benefit'
Next Post 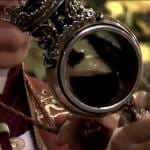 December 21, 2020 Catholics told 'don't panic' after saint's blood fails to liquify
Recent Comments
0 | Leave a Comment
Browse Our Archives
get the latest from
The Freethinker
Sign up for our newsletter
POPULAR AT PATHEOS Nonreligious
1

Reflections on Dawkins and the AHA
The AHA have just rescinded an award they gave to Richard Dawkins...
view all Nonreligious blogs
What Are Your Thoughts?leave a comment
Copyright 2008-2021, Patheos. All rights reserved.
error: Content is protected !!