Arrested ‘shaman’ who breached the Capitol ‘had God on his side’

JAKE Angeli – real name Jacob Anthony Chansley – told the BBC yesterday (Saturday) shortly before he was arrested for breaching the Capitol in Washington DC last Wednesday that it was ‘a beautiful day’ – and he had done nothing wrong because ‘he had truth and God on his side.’

Chansley, a 32-year-old actor from Arizona, also debunked claims by conspiracy theorists that the riot had been instigated by Antifa and left-wing extremists. He told BBC’s Sophie Long that there were no members of Antifa or any other left-wing organisations present in or around the Capitol building on 6 January. The rioters were

Patriots doing what our founding fathers would have done.

The reason he knew that was because:

Antifa are cowards who have no commitment to their country or their cause.

The Department of Justice for the District of Columbia confirmed in Saturday statement that Chansley, who inspired this cartoon, was one of three men charged in federal court in connection with the riots.

The statement said that Chansley, whose painted face and idiotic outfit featured in reports around the globe had been identified:

As the man seen in media coverage who entered the Capitol building dressed in horns, a bearskin headdress, red, white and blue face paint, shirtless, and tan pants. This individual carried a spear, approximately 6 feet in length, with an American flag tied just below the blade.

There’s a lot to unpack regarding Chansley’s personality behaviour, and in this report  Jules Evans does an excellent job, revealing “Angeli” is:

A gullible schmo who was, unfortunately, easy meat for the Q virus.

I analyze his beliefs not out of any ill will but because he played a very visible role in an attempted US coup, and his mindset is a perfect example of conspiritualist thinking. Conspirituality refers to the overlap between New Age/wellness culture and conspiracy culture.

• He’s a nationalist. He loves America and the American flag. He thinks gun ownership is a sacred right. In his myth-making mind, a Trump second term has become fused with the Ascension, the Great Awakening, the Rapture.

• His mystical optimism – seeing the hand of God working behind all events – has a much darker side, which is to see demons, witches, and Satanic pedophiles hidden behind events, speaking in secret signs and codes.

• He is clearly very prone to trance states, in which inner fantasies and mythical thinking become superimposed on reality and a person thinks they have had unusual experiences like demonic encounters or UFO abductions.

• He also displays strong aspects of what psychologists call “patternicity,” which is to see hidden patterns, meanings, and agency behind what others would see as random events. For example, he frequently shares posts showing “significant” shapes in clouds.

• Above all (and again, I don’t know if this is a new obsession), he appears to be obsessed with pedophilia. He suggests pedophilia is the greatest threat facing the world and that Covid-19 is a distraction concocted by the pedophile elite.

Meanwhile The Atlantic, under the headline “A Christian Insurrection”, reports that:

The name of God was everywhere during Wednesday’s insurrection against the American government. The mob carried signs and flag declaring Jesus saves! and God, Guns & Guts Made America, Let’s Keep All Three. Some were participants in the Jericho March, a gathering of Christians to “pray, march, fast, and rally for election integrity.”

After calling on God to “save the republic” during rallies at state capitols and in D.C. over the past two months, the marchers returned to Washington with flourish. On the National Mall, one man waved the flag of Israel above a sign begging passersby to Say Yes to Jesus. “Shout if you love Jesus!” someone yelled, and the crowd cheered.

“Shout if you love Trump!” The crowd cheered louder.

The Jericho March is evidence that Donald Trump has bent elements of American Christianity to his will, and that many Christians have obligingly remade their faith in his image. Defiant masses literally broke down the walls of government, some believing they were marching under Jesus’s banner to implement God’s will to keep Trump in the White House.

Update: The Pope today (Sunday) begged the Virgin Mary to help America out of the chaos the came in the wake of the Capitol’s breach:

May the Immaculate Virgin, Patroness of the United States of America, help to keep alive the culture of encounter, the culture of care, as the main way to build the common good together. 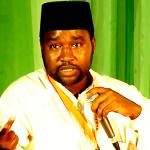 January 9, 2021
'Blasphemer' Mubarak Bala gets 2020 Humanist of the Year award
Next Post 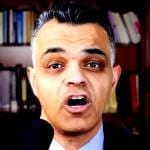 January 11, 2021 LifeSiteNews: Blaming Trump for the insurrection is 'ludicrous'
Recent Comments
0 | Leave a Comment
"Costelloe claims that the 'church can and must also take whatever steps are necessary to ..."
David Cromie ‘Church has changed’ says archbishop after ..."
"I expect the 'holy father' had in mind members of the Roman church, such as ..."
David Cromie Pope Francis: Better to live as ..."
"It hardly matters how you slice and dice it, the fact remains that the man-god ..."
David Cromie Superhero Jesus comic branded ‘blasphemous’ by ..."
"???"
David Cromie Superhero Jesus comic branded ‘blasphemous’ by ..."
Browse Our Archives
Related posts from The Freethinker