BUDDHISTS are very protective of their brand, and get pretty pissed off by the use of their imagery to promote a wide range products and even venues such as bars and eateries.

So when I spotted a report that someone in China has started flogging Trump Buddha figures, I thought ‘uh oh, here comes trouble.’

So far the story appears not have gained traction on Buddhist sites, but I’d be very surprised if outrage isn’t expressed pretty soon, as Trump’s character is SO out of step with the five basic tenets of Buddhism:

• Refrain from taking life. Not killing any living being (five people died in the insurrection he orchestrated and fuck knows how many more are dead through his criminal mishandling of the coronavirus pandemic.)

• Refrain from taking what is not given. Not stealing from anyone.

• Refrain from the misuse of the senses. Not having too much sensual pleasure.

• Refrain from wrong speech. Not lying or gossiping about other people.

• Refrain from intoxicants that cloud the mind.

What I did find was a Buddhist’s take on Trump’s election in 2016. Craig Hase wrote:

Before my wife and I went to bed last Tuesday, Hillary Rodham Clinton was set to win an historic election by a landslide. The next morning, when we woke up, the United States had—against all rational expectation—elected a racist, nativist, fear-mongering, misogynistic real-estate-mogul-turned-reality-TV-star to what is still probably the most powerful political office on earth.

A man who doesn’t even have the discipline to read a teleprompter will now hold the codes to our nuclear arsenal.

Trump’s presidency marks a dramatic shift in American democracy. It is arguably the first time that our nation has elected a man who shows nothing but disdain for truth. His campaign has been a departure from every conceivable form of civility.

Back to Buddha Trump. The Global Times reports that the porcelain  statue is labeled by the seller on a Chinese site called Taobao as:

Trump, who knows Buddhism better than anyone.

Budweiser would be far closer the mark.

Curiously when I typed “Trump Buddha” into the Taobao search engine the only result I got was a container of nuts.

The seller said that the idea of the Trump Buddha statue reminded him of Trump’s slogan of “Make American Great Again” so he adapted the idea into something auspicious for Chinese companies: “make your company great again.”

“Most people just bought it for fun,” the seller told the Global Times, noting that they only made 100 of the statues and have already sold dozens.

A buyer in Shanghai, who wished not to be named, told the Global Times that he bought one of the statues to remind  himself not to be “too Trump.”

Meanwhile The Independent reports that one buyer, Li Guoqiang, said he hopes the statue will bring good luck to his Beijing construction firm.

I thought it was a really comical thing to have in the office. I can’t say I’m a Trump fan, but he looks quite peaceful there, doesn’t he?

“There” is Li Guoqiang’s toilet.

The Buddhist Channel points out:

The image of the Buddha serves a symbol where practitioners can put aside negative thoughts and to be reminded of Buddha’s compassion and loving kindness, and helps practitioners evoke feelings of peace, tranquility and calmness.

When manufacturers and business owners casually use Buddhist iconography for the promotion of their business, many people overlook the sentiments of billions of Buddhists around the world, who often find that these images are not treated with respect.

As with any religion, religious iconographies should not be used lightly … so that they do not offend the religion itself, the culture it belongs to, and the society it portrays. 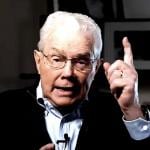 March 13, 2021
'Extremist' evangelist, once denied a Welsh civic reception, is dead
Next Post 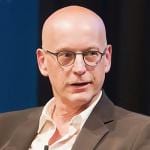 March 14, 2021 Gay man gifts $15-m to ACLU to 'undermine Christian sexual morals'
Recent Comments
0 | Leave a Comment
"Paradoxically, the number of churches, temples and other religious centres has increased by almost 67 ..."
Jim Jones Godless in Quintana Roo: Atheism soars ..."
"There are a couple of reasons why apparently.1. God will not allow the earth to ..."
guerillasurgeon Godless in Quintana Roo: Atheism soars ..."
"Christians lie all of the time. It goes with the territory. But in this case ..."
Barry Duke ‘Inappropriate’ sermon sparks another Christian Legal ..."
"This is interesting:"U.S. Christians' concerns about the environment and climate change haven't shifted much in ..."
Barry Duke Godless in Quintana Roo: Atheism soars ..."
Browse Our Archives
get the latest from
The Freethinker
Sign up for our newsletter
POPULAR AT PATHEOS Nonreligious
1