AN antique crucifix in a Michigan Catholic church was reduced to rubble by a rampaging squirrel which also inflicted damage to other items.

According to this report, when staff at Ste Anne Catholic Church on Mackinac Island entered the church they were confronted by the rodent, which was sitting on a piano and staring at them.

When the church posted a pic of the shattered Jesus on Facebook, Christine Dixon commented:

I think your squirrel is bound for hell …

Leanne Brodeur, the church’s administrative assistant, said when she walked into the downstairs area the parish uses to celebrate Mass earlier this year , she initially thought vandals had broken in.

Plants were tipped over and unlit votive candles were knocked askew.

The figure of Jesus was missing its head. Its arms were gone, and there were chunks missing from the torso. Brodeur said:

I thought, there is no putting him back together.

Jim thought it was a critter. We looked around, and that’s when we saw him. There was a squirrel sitting on top of the piano, looking at us.

They opened the church’s side doors and chased out the intruder. They suspect the squirrel had gotten in through a door someone had left open the day before, then found itself trapped inside for the night. The rodent had chewed up the wooden window sills, too, likely trying to escape.

Some items were untouched, such as a statue of the Virgin Mary and the church’s sanctuary candle – it was lit at the time, and Brodeur doesn’t like to think what might have happened had the squirrel knocked that over.

Surveying the damage, church staff were dismayed about the crucifix, which Brodeur says dates to the early 1900s.

They picked up the pieces and put them in a box, which Morse took with him. Brodeur started looking around online for a replacement.

Not long after that, Morse called her. The maintenance engineer – who also happens to have an art degree – wanted to show her what he’d been able to do.

Said Brodeur, herself an artist:

Jim had him all plastered together. I took him home and painted him.

When the church posted a photo of the fixed Jesus, Lara Callan commented:

Don’t try to destroy Jesus, he will win every time!!

Brodeur did a far better job than Cecilia Giménez, an elderly Spanish woman who decided a few years back to retouch a fresco of Jesus, and created what the media called “Monkey Christ.” 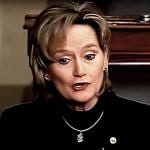 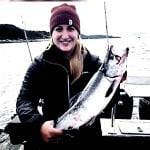 April 1, 2021 Churchgoer wins fishing trip prize. Gets disqualified for being female.
Recent Comments
0 | Leave a Comment
Browse Our Archives
get the latest from
The Freethinker
Sign up for our newsletter
POPULAR AT PATHEOS Nonreligious
1