LAST week Arkansas legislators were subjected to a passionate sermon delivered by Republican Representative Mary Bentley, above, in support of a bill to teach creationism as science.

This  – and the fact that the Arkansas House passed this crazy Christian’s House Bill 1701 – drew an an angry reaction from Andrew L Seidel, Director of Strategic Response for the Freedom From Religion Foundation.

The Bill states that it is:

An Act to allow Creationism as a theory of how the Earth came to exist to be taught in kindergarten through grade twelve classes in public schools and open-enrollment charter schools and for other purposes.

While sporting a massive bedazzled cross necklace, Bentley invoked creationism in a context where most people wouldn’t recognize it … For Bentley, the Bible demands her bigotry. And it’s not enough that she believes it, she wants the machinery of the state to push this creationism in public school classrooms. That is, of course, unconstitutional.

Bentley began, ‘I’m going to share with you the Father’s heart because Father God, our Creator, has some very important things he would like to say about this.’ After claiming to speak for the creator – an arrogant presumption no doubt claimed under the guise of humility – Bentley regurgitated a fake quote beloved by Christian Nationalists: ‘George Washington once said, “It is impossible to govern the world without God and the Bible.”

And I couldn’t agree with our first president more; we need to hear the heart of God on issues we are facing today to govern correctly.

Of course, George Washington was famously reticent about religion, refused to take communion the few times he went to church, spurned religious consolation at his deathbed, and absolutely did not say this. Bentley can’t even properly speak for our first president but presumes to speak for a god.

Bentley continued as if in Sunday school and not the state legislature. She declared that the Bible is ‘the state’s book,’ and then quoted it five times and expounded on each passage. Her first Bible quote was Psalm 139:13 ‘Yahweh formed my innermost being, shaping my delicate inside and my intricate outside, and wove them all together in my mother’s womb … You even formed every bone in my body!

Next, she read the creationist classic Genesis 1:27 and then Deuteronomy 22:5, which says that women wearing men’s clothes or vice versa is ‘an abomination to the Lord.’ Bentley tediously opined, ‘Father God is proud of who he created each of us to be and to deny who you are is to deny that he created you.’

Bentley is legislating her holy book and denying citizens their rights because she sees the very existence of LGBTQ people as a denial of her god, a hateful religious belief she wants preached to captive audiences of schoolchildren across the state … 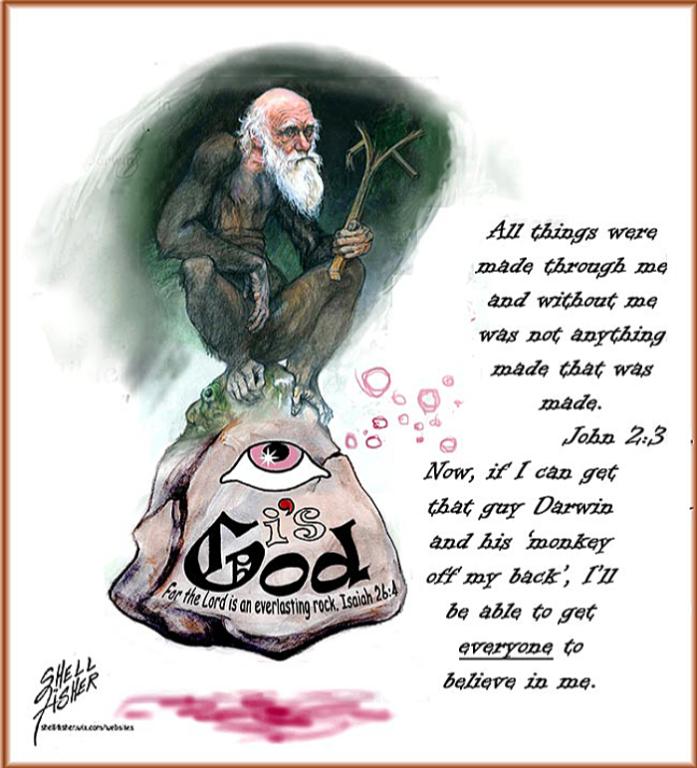 For Bentley, creationism dictates her anti-trans views. For Bentley, the Bible demands her bigotry. And it’s not enough that she believes it, she wants the machinery of the state to push this creationism in public school classrooms. That is, of course, unconstitutional.

The law is clear on this point. In 1928, a few years after the successful criminal prosecution of John Scopes in Tennessee, Arkansas made it a crime ‘to teach the theory or doctrine that mankind ascended or descended from a lower order of animals.’ Susan Epperson, a 10th grade biology teacher, challenged the law and the Supreme Court struck it down 40 years later. But Arkansas wasn’t done.

In 1981, 13 years after losing at the Supreme Court, it passed a new law telling schools to teach a scientific ‘controversy’ that does not exist. A federal court struck down that law the next year. The Supreme Court did the same for the Louisiana version of this law in 1987.

Bentley’s push embodies the popular definition of insanity, ‘doing the same thing over and over again and expecting a different result.’ But she also convinced her colleagues in the House to vote overwhelmingly, 72–21, for the bill. So the question is, why? Why the collective insanity after so many embarrassing judicial losses? One reason is now obvious: This creationism bill descends from biblically justified bigotry that demonizes and otherizes a stigmatized minority for political gain.

But there’s a second reason, which Bentley stated clearly. She first proposed a bill to have public schools ‘teach creationism and intelligent design’ in March 2017, about two weeks before Neil Gorsuch’s confirmation hearings began in the US Senate. It died quietly in committee without a hearing. At the time, the court was politically and ideologically more conservative than previous Supreme Courts, but not enough to countenance creationism in the public schools.

Four years and three justices later, Bentley feels sufficiently confident to propose a clearly unconstitutional bill because the court has already been packed with Christian nationalist ideologues. ‘I believe that we have a different Supreme Court and  … I think we have different members of the Supreme Court,’ she said.

Her words serve as an indictment of this Supreme Court and show the desperate need for court correction, reform, and expansion.

H L. Mencken minced no words about the judge in the infamous Scopes Monkey Trial and how he played to the local crowd: ‘almost every word he uttered has been an undisguised appeal to their prejudices and superstitions.’ Though written nearly a century ago, the Arkansas Legislature is making the same appeal today, and, in the process, proving that biblical creationism is a blueprint for anti-LGBTQ bigotry that doesn’t belong in our classrooms. It’s time for Arkansas to evolve.

Bentley said permission to teach creation is something she’s had teachers ask her for since she became a lawmaker.

Scientists have been on both sides of the issue for thousands of year.

Bentley said the decision stemmed from the lawsuit over Act 590 of 1981. The law mandated that the state “give balanced treatment to creation science and evolution-science.” US District Judge William R Overton ruled in 1982 that the law was unconstitutional and that creation shouldn’t be part of a science curriculum.

Arkansas was really the beginning of not allowing creation to be taught in the classroom, so I thought it was important for us to make this first step.

Why would we do this when the Supreme Court has repeatedly ruled that it is illegal to do that?

Bentley replied, noting that the high court’s makeup has changed since then:

We have seen the Supreme Court change their mind 200 times.

She said later that prior to the legislative session, she had discussed the bill with the state Attorney General’s office, which was confident such a law could be successfully defended in court.

But Ferguson insisted the bill violates the establishment clause of the First Amendment and could open the door for every religion’s creation story to be taught as science.

This from Second Nexus:

Something very nasty is happening in the state of Arkansas, and it is likely a harbinger of similar nastiness across GOP-controlled states in America.

This week, the state legislature in Little Rock overrode Governor Asa Hutchinson’s last minute veto of the most virulent of the anti-trans bills to surface in that state. This law, cynically named the Save Adolescents from Experimentation (SAFE), bans all gender-affirming treatments for transgender minors in the state – the first such blanket ban in the country – but similar bills are pending in many GOP-controlled states, primarily in the South and Midwest, from Mississippi to Iowa.

The law is actually the third anti-LGBTQ law passed in Arkansas this legislative session. Another state law blocks trans girls from playing on women’s sports teams and a third permits medical workers to refuse to provide certain medical treatments on the basis of their personal religious beliefs.

With study after study shows that LGBTQ and particularly transgender youth are at high risk for suicide and continued depression often stemming from discrimination and ostracism, Arkansas’s drive to punish trans kids and the doctors who treat them is best understood as part of a new-found culture war.

Having lost the battle over workplace discrimination and same-sex marriage, polling has shown the religious right that there is an opening if they can successfully reframe the issue around so-called “victims” of trans people. They attempted this a few years ago with bathroom laws, raising unfounded fears of “biological males” using the girls’ bathrooms, but this cost them dearly in places like North Carolina where the anti-trans bill there led to a boycott of the state and the death of that measure.