I was reminded of that article today when I read in the National Catholic Register that Catholics in America are getting more and more agitated over the pace at which cannabis is being legalised.

I actually laughed out loud when I got to the bit that said:

Catholic moral theology is generally opposed to recreational use [of cannabis] on the grounds that the practice willfully impedes and alters the mind in order to experience a pleasant, artificially generated state of mind, disconnected from reality.

Which is precisely what prayer does, according to a number of  recent neurological studies.

One referred to in the MNT report was a study of the brains of a bunch  of Mormons, “high” on their own forms of prayer. It said:

But, according to the NCR, Catholic Dominican Father Aquinas Guilbeau, above, a moral theologian at the Dominican House of Studies in Washington, DC, insists that cannabis:

Undermines human freedom and dignity by impairing the capacity for moral reasoning.

When ‘high,’ the marijuana user does not maintain a sufficient grasp on the real to accomplish acts of friendship and justice. He drifts instead into a kind of fantasy.

At that point I laughed even harder.

Father Guilbeau reportedly distinguishes recreational marijuana usage from the “casual” consumption of alcohol, which he argues can be “governed by temperance” and also can help partakers “engage more fully in reality.”

Whereas a glass of wine can enhance a fine meal, and scotch and a cigar can accompany deep philosophical discussion, marijuana” – because of the way the active ingredient, THC, interacts with the nervous system – does not add to but distracts from both activities.

Pope Francis has also spoken on the subject. He told an international gathering of drug enforcement agencies in June 2014:

No to every type of drug use; it is as simple as that.

He was parroting Nancy Reagan’s famous “Just say no ” – a slogan that ultimately led to President Reagan disastrous, multi-trillion dollar war on drugs.

This from Tony Newman, writing for Drugs Policy.org after Nancy Reagan died in 2016:

Upon taking office in 1981, Reagan shifted drug control resources from health agencies to the Department of Justice. It was under Reagan’s guidance in 1986 that the worst of the federal mandatory minimum drug laws were passed into law.

These laws included the crack sentencing guidelines that meant that someone possessing just 5 grams (two sugar packets) worth of crack received an automatic 5 years in prison. These laws filled our prisons for decades with low-level drug users.

The irony is that Ronald Reagan’s own daughter developed a cocaine problem, but I don’t imagine the Reagans pushed for her to serve 5 years in a cage for her addiction.

No, it was African Americans, who despite using drugs at similar rates as whites, were targeted by law enforcement and incarcerated at grossly disproportionate rates.

Ronald Reagan’s harsh drug policies not only led to exploding prisons, they blocked expansion of syringe exchange programs and other harm reduction policies that could have prevented hundreds of thousands of people from contracting HIV and dying from AIDS.

While Ronald and Nancy Reagan were demonizing people who use drugs at home, their foreign policy objectives included funding the Contras in Nicaragua who played a role in flooding Los Angeles and other cities in the United States with crack cocaine.

Like it or not, the Catholic Church has every right to willfully impede and permanently alter the minds of those who blindly follow a path to an incurable Jesus addiction.

What is does not have is the moral authority to condemn those of us who choose alternative recreational methods to briefly and responsibly disconnect from reality. 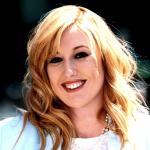