Father and son pastors in Florida arrested over Capitol riot

PASTOR James Cusick, 72, of Global Outreach Ministries in Melbourne, Florida, and his son, Casey, also a leader at the church, were arrested yesterday (Thursday) in connection with the riot at the US Capitol after authorities received tips and saw the men on security footage inside the building on January 6.

David Lesperance, the director of an air conditioning contracting business who authorities say is a congregant of the church, was also arrested.

All three men have been charged with knowingly entering or remaining in a restricted building without lawful authority, disorderly or disruptive conduct and:

Investigators say that they received a telephone tip that the 69-year-old Lesperance was inside the Capitol’s rotunda on January 6, according to a criminal complaint.

The FBI interviewed another witness who confirmed the claim.

On January 19, task force investigators in the Tampa Bay area conducted a voluntary interview with Lesperance at his Indian Harbour Beach home. During the discussion, Lesperance allegedly admitted he and his pastor were present at President Donald Trump’s speech near the White House earlier in the day and at the US Capitol later.

Lesperance also told investigators that he saw law enforcement officers arriving and hitting their shields with their batons when he was in front of the Capitol. He also allegedly admitted that while he was heading to the Capitol door, he saw law enforcement officers deploy flashbang devices. Lesperance said that he took photos and videos on his cellphone while at the Capitol and later deleted the media files out of fear of negative repercussions, according to the Justice Department.

Although authorities say Lesperance refused to provide his pastor’s name, a public records search revealed that James Cusick is the pastor of a church about seven miles from Lesperance’s home.

Another charging document states that investigators had received a tip about James Cusick’s alleged presence at the Capitol on January 6 as early as January 22. A search on Instagram revealed a picture on the church’s Instagram page of church members, including the Cusicks and Lesperance.

Authorities also found photos of Lesperance with the Cusicks before and after the riot appearing to wear the same clothes they were wearing when spotted on Capitol surveillance footage. Additionally, police body camera footage shows the Cusicks inside the Capitol.

On March 26, the FBI received a tip suggesting that Casey Cusick, his father and another individual entered the Capitol on January 6.

The church’s website reveals that James Cusick holds ministerial credentials with the Association of Faith Churches and Ministers and actively works with the International Christian Embassy Jerusalem.

The uncompromised truths of God’s Word with passion and purpose at weekly Bible Studies.

The ministry had over 200 followers on its Facebook page, which was taken down today (Friday.)

According to Florida Today, all three men made their initial appearance Thursday afternoon at the US District Court in Orlando and were released on $25,000 bonds.

The conditions of their release include submitting to DNA collection, surrendering passports, no possession of firearms and restricted travel.

The newspaper reports that Brevard County court records show that Casey Cusick has had past run-ins with the law, including an arrest in 2018 for disorderly conduct.

The arrest report alleges that Cusick struck his wife and caused her to bleed, but adjudication was withheld.

On Thursday, the Department of Justice announced that it has arrested more than 500 people connected with the Capitol riot, including 100 charged with assaulting federal law enforcement officers.

Over half of the people who entered the Capitol that day have faced misdemeanor trespassing charges.

Far-right website The Gateway Pundit, furious arrests, provides a link to a fundraiser launched for the pastors’ legal fees.

June 25, 2021
Vatican says Italy's anti-discrimination bill is a threat to its freedom
Next Post 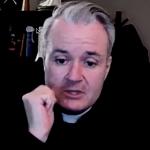 June 26, 2021 Priest resigns after saying 'good was done' at Indigenous schools
Recent Comments
0 | Leave a Comment
Browse Our Archives
get the latest updates from
The Freethinker
and the Patheos
Nonreligious
Channel
POPULAR AT PATHEOS Nonreligious
1