Pope refuses to apologise for abuse of indigenous Canadians

ON Sunday, just days after Canadian Prime Minister Justin Trudeau told the Catholic Church to ‘take responsibility’ for the abuse in its schools of indigenous Canadians children, demonstrators toppled a statue of Canadian public education official Egerton Ryerson in Toronto.

The toppling of the statue, according to The Independent, came a day after Pope Francis said that he felt “pain” over the treatment of native children attending mainly Catholic schools – but stopped well short of an apology.

Well before the remains of 215 children were found in a mass, unmarked grave at Kamloops, one of the so-called “residential schools” for native children, the Church was called on to apologise, but according to various reports at the time it said it could not keep apologising for things that happened many years past.

Although some regional Canadian church leaders have apologised since the gruesome Kamloops discovery, Francis stopped short of offering one himself, instead, broadcasting this message from his studio in St Peter’s Square:

May the political and religious authorities of Canada continue to collaborate with determination to shed light on that sad story and humbly commit themselves to a path of reconciliation and healing.

The remains of the children were found in a mass, unmarked grave at one of the so-called “residential schools” for native children Egerton Ryerson was instrumental in founding.

Ryerson not a Catholic, but a Methodist. In midlife, he shifted from Methodist minister to civil servant and established a system of public education in Ontario that “became a model for other English-speaking provinces.”

Ryerson believed that his primary task was:

To make men Christians – Christians in heart and life, in temper, word and work.

Ryerson advocated for segregated schools for native, Black, and disabled people, which he called a necessary step in the “race of civilization,” part of the broader Canadian colonial project.

Canada’s Truth and Reconciliation Commission has called the residential schools for Indigenous youth, which ran until 1996, a form of “cultural genocide,” where at least 150,000 children were taken out of their homes and attended schools where they couldn’t speak their native languages and forced to convert to Christianity.

At least 4,100 children died at these schools, which were run by the Roman Catholic Church, though that’s likely an undercount.

Brianna Olson-Pitawanakwat, a residential school survivor, was quoted by the Independent as saying:

The 215 children represent stories that our survivors have had for many decades, talking about children that never came home, children that were murdered, children that died through premature causes within the schools and who never received adequate burial.

The statue, housed at Ryerson University, will not be restored or replaced, and the school is reportedly considering changing its name.

The Tk’emlúps te Secwépemc First Nation made the discovery of the remains at the former site of the Kamloops Indian Residential School public on May 27.

Since then, community leaders, survivors, and activists have been pushing for a full apology from Catholic Church leadership, including the Pope, as well as the full release of records about the Canadian residential schools, neither of which has materialised.

In fact, the Pope’s weekend statement appears to have made matters worse. Chief of the Federation of Sovereign Indigenous Nations in Saskatchewan, Bobby Cameron, said:

We’re all pained and saddened. Who isn’t? This is a worldwide travesty. How hard is it for the Pope to say: ‘I’m very sorry for the way our organization treated the First Nations people, the First Nations students during those times, we are sorry, we pray.’

The Canadian government, for its part, did apologise for the abuses in 2008 and has paid out billions in settlements, and Justin Trudeau has called for records about the schools to be released.

As a Catholic, I am deeply disappointed by the position that the Catholic Church has taken now and over the past many years. 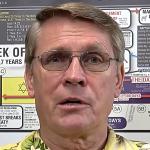 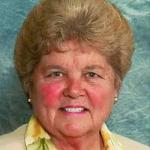