I’VE never understood why some folk have such a hard time grasping parody and satire. 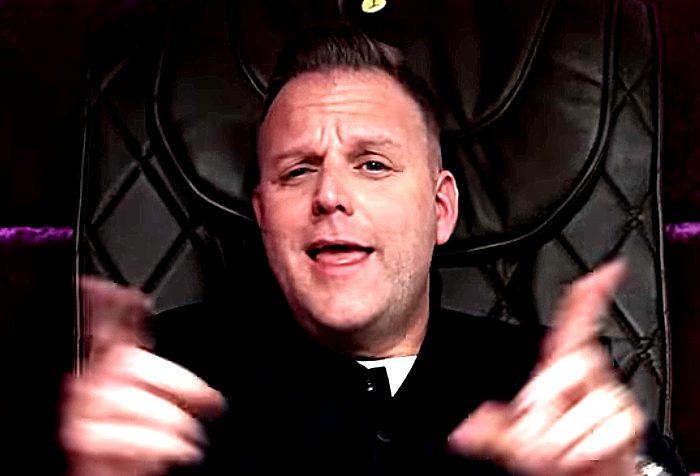 Today I got to ponder on the issue once more when I learned that popular Christian recording artist Matthew West, above, has been forced to apologise after a shit storm erupted over a lighthearted parody song about his daughters’ modesty.

The bit below indicates that West was taking the piss with “Modest is hottest”:

Modest is hottest, the latest fashion trend
Is a little more Amish, a little less Kardashian
What the boys really love is a turtleneck and a sensible pair of slacks
Honey, modest is hottest, sincerely, your dad

If I catching you doing dances on the TikTok
In a crop top, so help me God
You’ll be grounded till the world stops
I’m just kidding, no I’m not.

According to Faithwire, the 44-year-old singer-songwriter, who has two daughters, first shared the song last week, describing it as his:

Ridiculously silly way of reminding [my kids] that their appearance doesn’t define them.

I’m blessed to be the father of two amazing daughters. I wrote a song poking fun at myself for being an over-protective dad and my family thought it was funny. The song was created as satire, and I realize some people did not receive it as it was intended.

I’ve taken the feedback to heart. The last thing I want is to distract from the real reason why I make music: to spread a message of hope and love to the world.

West has since removed the song’s music video — which featured West, his wife, Emily, and their two daughters — from his social media platforms.

Recording artist Audrey Assad was one of West’s staunchest critics.

In a post of her own, she said the phrase “‘modest is hottest’ still entirely centres men and their preferences in the way a woman should dress, sets up being ‘hot’ as the goal for women, and:

Positions all men as creeps who can’t handle seeing a woman’s skin without becoming out of control monsters.

Oklahoma-based pastor Jeremy Coleman – a rarity among preachers in that he has a functioning brain – responded, too, but in a way that indicated that he too simply  didn’t get West’s satire.

A father of three daughters, Coleman told Newsweek he was concerned about West’s song because he:

Takes issue with purity culture as a whole. We are telling our daughters and young women that their body image should be defined by someone else’s opinion.

Women should feel confident, comfortable, and free to dress and express themselves however they want. Telling them to dress a certain way to be ‘less attractive’ is reverse body shaming.

He said he understands:

Wanting to protect your children, but why should my girls have to change who they are, be uncomfortable with who they are, because men are unable to appreciate women without sexualizing them?

Women are far too often shamed and blamed for the abhorrent behavior of men. So the idea of ‘Modest Is Hottest’ is saying that, because men can’t control their lustful desires, you have to change who you are.

It’s the same mentality that inevitably produces victim blaming for sexual abuse victims. We need men to take responsibility for their eyes, thoughts, and actions.

I first became aware of Americans’ inability to grasp satire and parody way back in 1969 when Merle Haggard sang “Okie from Muskogee”, which was taken so seriously by rednecks that it practically became their anthem – and Richard Nixon and Ronald Reagan loved it.

We don’t smoke marijuana in Muskogee;
We don’t take our trips on LSD
We don’t burn no draft cards down on Main Street;
We like livin’ right, and bein’ free.

We don’t make a party out of lovin’;
We like holdin’ hands and pitchin’ woo;
We don’t let our hair grow long and nasty and dirty,
Like the hippies out in San Francisco do.

I’m proud to be an Okie from Muskogee,
A place where even squares can have a ball.
Yes, sir
We still wave Old Glory down at the courthouse,
And white lightning’s still the biggest thrill of all.

Leather boots are still in style for manly footwear;
Beads and Roman sandals won’t be seen.
And football’s still the roughest thing on campus,
And the kids they still respect the college dean.

And I’m proud to be an Okie from Muskogee,
A place where even squares can have a ball.
And we still wave Old Glory down at the courthouse,
And white lightning’s still the biggest thrill of all.

Back in 1996, John Berlau, writing for The Washington Examiner, said:

Recently, Haggard has been the subject of adoring attention from music critics on the occasion of the release of a four-CD box set of his life’s work. And in an effort to claim Haggard as one of their own, some of these critics are arguing that Nixon, Reagan, and the song’s fans in middle America missed its deeper meaning. ‘Okie from Muskogee,’ they say, was intended as a light satire of provincialism, and its audience just didn’t get it.

Listen to the song here. 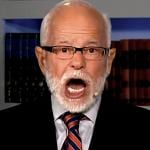 June 27, 2021
Evangelist must refund cash paid by suckers for a quack Covid cure
Next Post 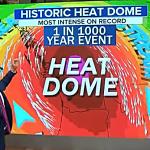 June 28, 2021 Op-ed: Sawing off the branch we're sitting on
Recent Comments
0 | Leave a Comment
Browse Our Archives
get the latest updates from
The Freethinker
and the Patheos
Nonreligious
Channel
POPULAR AT PATHEOS Nonreligious
1