Over 8,000 want a university to ‘strike down’ anti-abortion society

Over 8,000 want a university to ‘strike down’ anti-abortion society October 8, 2021 Barry Duke

MORE than 8,000 people have signed a petition calling for the ban of a “pro-life” society at the University of Exeter.

According to Premier Christian News, the Exeter Students for Life (ESFL) is headed by its President, Alireza Ghazi-Torbati, a law student, above, who said in a post on Instagram:

As a Christian who believes God’s Word is the ultimate authority, I seek to obey Him. God defines abortion as murder, the intentional destruction of a human being made in the image of God. Abortion is part of the rebellion against God.

Not only is the existence of a society based around a single issue intellectually reductive, it will undoubtedly exacerbate the pre-existing stigmas around abortion, such as shame and self-loathing. Its existence undermines the complexity of each individual woman’s experience. This dangerous ideology is one that must be exposed to the opposition, not sponsored by our student union.

The group is being accused of telling women what to do with their bodies and making the campus feel less safe.

Having an abortion is a woman’s choice and as someone without a uterus you should not force your views on those that do.

The Student Guild, the University of Exeter’s student union, released a statement in response to the ongoing discussion, saying:

We acknowledge that this is an emotive topic to a lot of our community and we can understand that it is something people have different views on and feel strongly about.

As your Students’ Guild, we support freedom of speech. We want to foster an environment where our members can participate fully, feel able to question and challenge, express new ideas, discuss controversial and or unpopular opinions within the law – all without fear of intolerance or discrimination.

We are committed to the principle that both debate and deliberation should not be suppressed, and we encourage and support our members to engage, within the law, in both a constructive and responsible manner to contest any ideas they oppose openly and vigorously.

The Student Guild added that all student groups must follow their code of conduct rules and that any student can make a complaint. It also said that societies are self-funded through events and membership and that the Guild does not agree nor disagree with societies who register with them but allows them to do their own administration.

Why do you believe women should be denied the right to bodily autonomy in a civilised and developed society? Why do you actively want to cultivate a social condition where women must seek illegal abortions, which will only lead to thousands of unnecessary deaths?

In a civilised and developed society bodily autonomy is often restricted in order to protect the rights of others (their right to life, right to not be assaulted, right not to have their property broken, etc.). In fact much legislation puts limits on what people can do so that the fundamental rights of others are protected.

The Children Act 1989 is but one example of this: it requires a certain standard of care from parents and guardians in order to protect the rights of children.

We do not want to cultivate a society in which women are forced to seek illegal abortions. We oppose all forms of abortion. Therefore, we oppose illegal abortions also. Our focus is not on writing the legislation ourselves but on having respectful conversations to try persuade people that abortions are wrong. 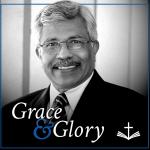 October 7, 2021
Home-schooled teens, members of a cult, tried to kill their mom
Next Post 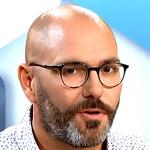 October 8, 2021 Only secular law can bring justice to French victims of clerical abuse
Recent Comments
0 | Leave a Comment
Browse Our Archives
get the latest updates from
The Freethinker
and the Patheos
Nonreligious
Channel
POPULAR AT PATHEOS Nonreligious
1