Home-schooled teens, members of a cult, tried to kill their mom

A SHORT while back, a close contact of mine in California emailed me to voice his concern that some members of his family had become enmeshed in a cult called Grace Valley Christian Center (GVCC.)

After I made a note to dig deeper into the outfit, up popped a CBS Sacramento report of two unnamed teenage boys who had been charged with the attempted murder of their mother and ten year brother.

The report said the boys’ father had contacted the family’s church to alert them to the incident. That church was GVCC, started in the 1970s by Indian-born pastor P G Mathew, above, author of a book called Muscular Christianity.

CBS said that, apart from being involved with the church, the family is also active in a Christian home school speech and debate club.

Like many in the community, we were shocked and heartbroken to learn of this terrible tragedy. We don’t yet know what happened, but we are praying for everyone involved, and especially for the full recovery of mother and son.

I then learned that GVCC has been the subject of an in-depth investigation by The Davis Vanguard, which reported at the beginning of October that GVCC has an associated elementary and middle school as well as an online high school.

Grace Valley Christian Center is also, according to the many sources the Vanguard talked to, emotionally, verbally, spiritually, and sexually abusive.

It’s all psychological, weird, controlling, traumatizing, family ruining, life ruining, and I still can’t figure out what for. It feels like it is just for the sake of doing it, or for money, or I don’t know.

Along with Mathew, the church is run by his family — notably his daughter Sharon Broderick, who is the principal of Grace Valley Christian Academy, and a council of elders, men who oversee the workings of the church including the home groups.

One of the methods of control that Grace Valley Christian Center employs is collecting information on its members, requiring the sharing of intimate details about each member’s day-to-day life in weekly reports.

Sources described countless times they were brought before Mathew and the Council of Elders. One described the meetings as:

Twelve older dudes who just scream at you for hours, they put you in a spot right before service so that everyone walking into service can see your face through the window and hear the muffled yelling.

The lack of accountability in the structure of GVCC – monetarily and socially – opens the door for abuse. Most prominently, a former member at GVCC was arrested on child molestation charges that were eventually dropped. Sources alluded to the fact that the church would use methods of threatening people to coerce them into staying quiet.

Speaking of cults, I appear to have annoyed the Moonies, who prefer to call themselves the Family Federation for World Peace and Unification.

In a letter addressed to Patheos dated October 3, the outfit expressed their anger over my report headed “Wired to the Moonies: Trump addresses Korean cult on 9/11“, which revealed that Trump had sent a message to an event staged by the Unification Church’s Universal Peace Foundation (UPF).  It complained that:

It is reprehensible, indeed bigoted, for Patheos.com to use the term “Moonies” in a headline and reinforce it with derogatory opinions from anonymous Twitter users. “Moonie” is not an acceptable journalistic term …

It is false and demeaning to suggest that UPF  is a “cult.” UPF  … is a respected international nonprofit organization that seeks to resolve global problems, particularly
through soft power solutions and Track II “people-to-people” diplomacy.

UPF has a distinguished history of more than 15 years organizing hundreds of peace building programs worldwide, with specialization in interreligious dialogue, humanitarian service, and strengthening marriage and family.

The term  ‘cult,’ used dishonestly to negatively stereotype a group of people one either does not understand or simply disagrees with, is both primitive and ill-suited for a publication that seeks to promote enlightenment and understanding of religious matters.

Bottom line: They demanded the removal of the piece. Not gonna happen.

One wonders whether The Guardian received a similar letter when, in 2008, it ran a headline “Moonie peace group to hold biggest UK event“.

The Guardian pointed out that:

The Unification Church owns, operates or subsidises many international bodies involved with political, commercial, cultural and social enterprises.  Members, who prefer to be called Unificationists, believe Moon is the messiah and that he and his wife have laid the foundation for establishing the kingdom of heaven on Earth.

According to Inform, an independent charity that focuses on new religious movements, the church has 10 meeting houses across Britain in Greater London, Edinburgh, Cardiff, Birmingham, Manchester, Bath and Bromley. It also owns houses in Kent and Wiltshire for larger gatherings.

In 2007, the movement reported there were around 1,200 members in Britain, slightly more than half of whom were born in the movement and were still minors.

One campaigner, Audrey Chaytor of Family, Action, Information and Resource, said: “They might want you to believe they’re talking about peace but their aim is to recruit.” 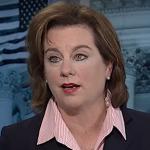 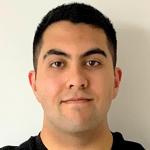 October 8, 2021 Over 8,000 want a university to 'strike down' anti-abortion society
Recent Comments
0 | Leave a Comment
"I'd like to see the Rowes complaining to these men about what they're wearing.https://c.files.bbci.co.uk/..."
Michael Neville Schoolboy in frock? Yuck! Christian couple ..."
"Another batshit crazy Christian, this time in the UK."
Tacoma Atheist Hate preacher plans to reform UK’s ..."
"The mortal enemy of morality."
Tacoma Atheist Ghana chief: ‘Pass anti-gay bill or ..."
"If I were Parliament, I would've defied the Chief, saying "Over my dead body will ..."
Tacoma Atheist Ghana chief: ‘Pass anti-gay bill or ..."
Browse Our Archives
get the latest updates from
The Freethinker
and the Patheos
Nonreligious
Channel
POPULAR AT PATHEOS Nonreligious
1 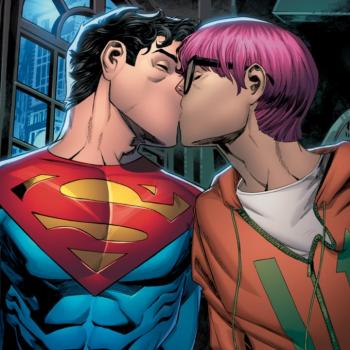